17 people killed in fire at karaoke bar in Indonesia 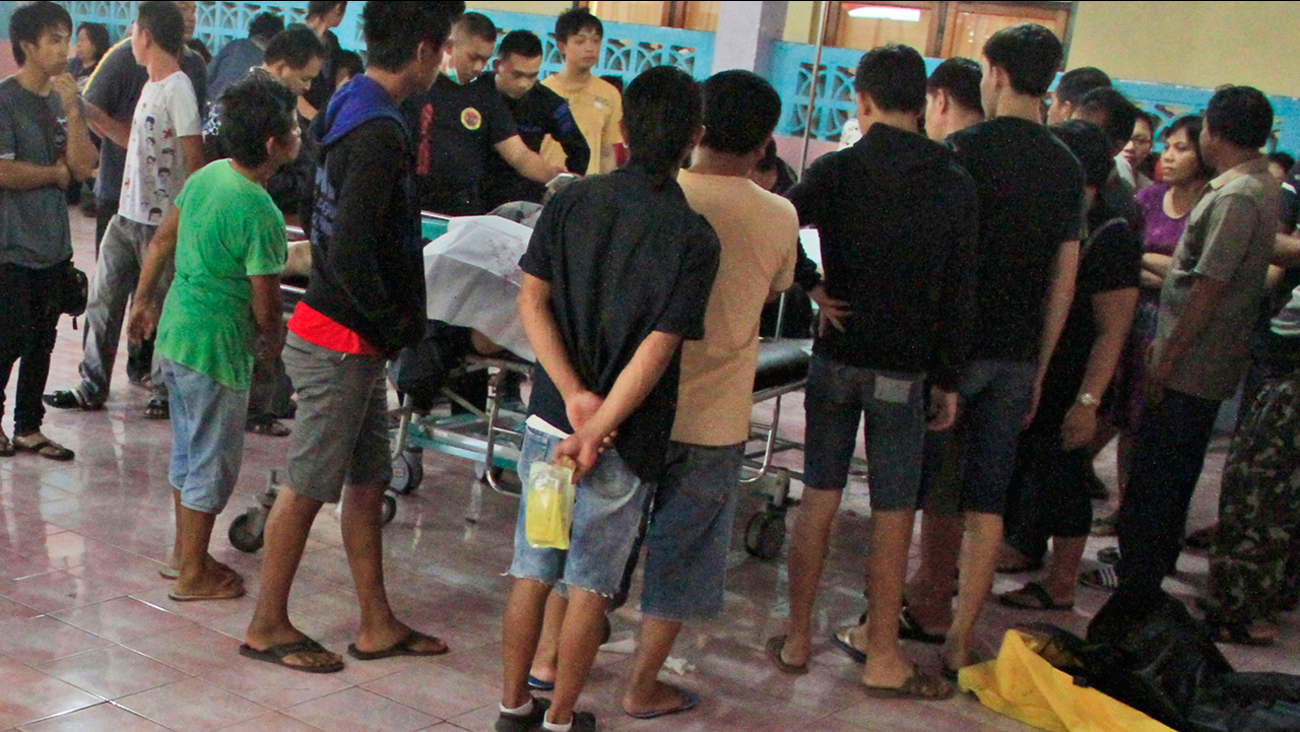 People wait to identify the bodies of their relatives among the victims of a karaoke fire, at a hospital in Manado, North Sulawesi, Indonesia, Sunday.

MANADO, Indonesia -- Seventeen people were killed in a fire that raced through a packed karaoke bar early Sunday on Indonesia's Sulawesi island, and 71 others were hospitalized for smoke inhalation.

Witnesses told authorities the fire started at around 1 a.m. on the second floor of the three-story building as hundreds of people were singing in private rooms at the Inul Vizta Karaoke club in downtown Manado, the capital of North Sulawesi province, said the city's police chief, Col. Rio Permana.

Workers were unable to put out the fire with extinguishers. It took firefighters several hours to bring the blaze under control.

"We are still investigating the cause of fire," Permana said, adding that a preliminary investigation indicated a short circuit.

He said some panicked people smashed windows and fled into the street, while many others were stuck in black smoke billowing from the second floor as there was only one access door to the building.

All 17 people who died were Indonesians. Most died from smoke inhalation rather than burns, Permana said.