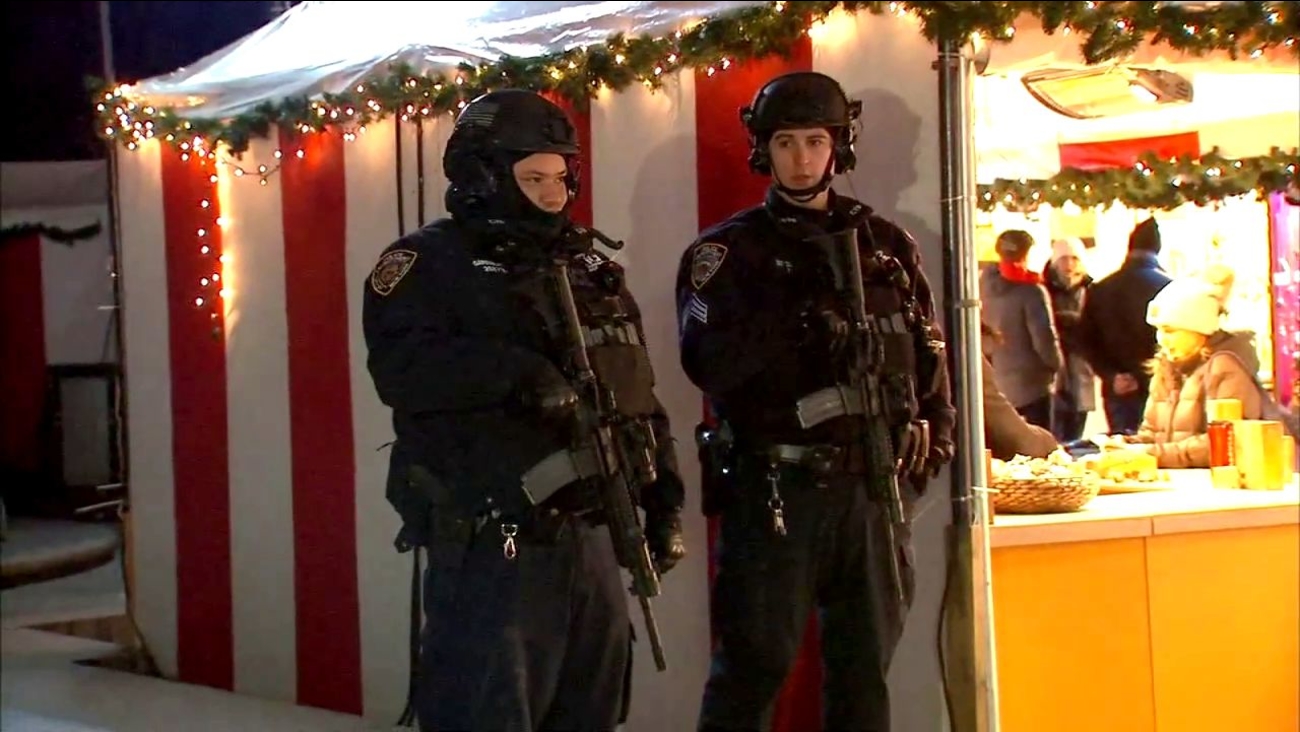 There's no specific threat in NYC stemming from the incident in Berlin, but as a precaution, the NYPD is moving heavily armed Critical Response Command officers toward these displays.

Locations for the Christmas markets include Columbus Circle, Union Square and Bryant Park, as well as several others across the city.

There's been no determination of the reason behind the incident in Berlin - officials have not said whether it's an attack or an accident.