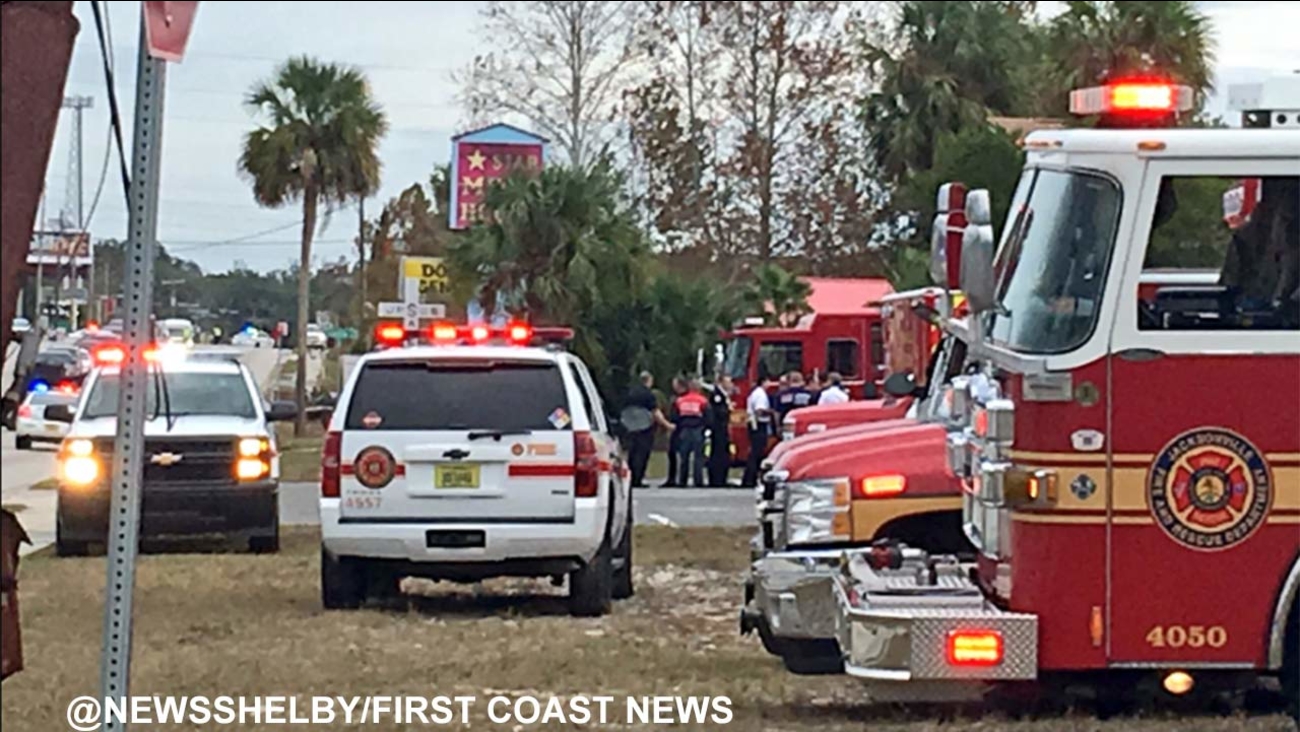 JACKSONVILLE, FL -- After a bank robber put a gun to the back of one hostage's head, SWAT team members resolved at the first chance they had Thursday to storm a north Florida credit union where nearly a dozen people were being held captive, authorities say.

That moment came, they say, when two people hiding inside the Jacksonville building, unbeknown to the suspect, made a run for it, distracting the man. SWAT team members stormed the credit union and put themselves between the gunman and the 11 hostages, ending a two-hour standoff, said Jacksonville Sheriff Mike Williams.

"We were able to take him into custody and save the lives of those hostages," Williams said Thursday, about an hour after the hostage ordeal had ended. "We were not only able to resolve it, but resolve it peacefully."

Williams said the suspect is a man in his late 20s or early 30s. The man could face potential charges of bank robbery, armed kidnapping and armed assault, the sheriff added.

Shortly after 9 a.m., an initial 911 call reporting a robbery at the credit union in a northwest Jacksonville commercial district came in. Patrol officers responded quickly, and after confirming there was a robbery, SWAT team negotiators were summoned.

Williams described a tense scene as threats escalated and SWAT team members positioned outside. He also said none of those held hostage were shot and that initial reports saying otherwise were erroneous.

SWAT team members were able to talk to the suspect, who asked for money and made demands for some family members to come to the bank, Williams said. A couple of hostages were released through negotiations, Williams said.

But the suspect also continued to threaten other hostages several times, according to the sheriff.

"We have verifiable information that he was putting a gun to the back of a hostage's head," Williams said.

At that point a decision was made.

"Based on that, those threats and that activity escalated, it became more and more intense, reviewing that, the SWAT command made the determination to, at the next opportunity, they would make entry into the bank," he added.

Televised news coverage showed a group of freed hostages being taken out by heavily armed and helmeted SWAT team members. Williams described the hostages afterward as "shaken up."

The credit union's chief said the SWAT team did "a fine job" ending the hostage situation.

"We're just so very thankful this hostage situation resolved itself in a safe way for everybody," said John Hirabayashi, president and CEO of Community First Credit Union.