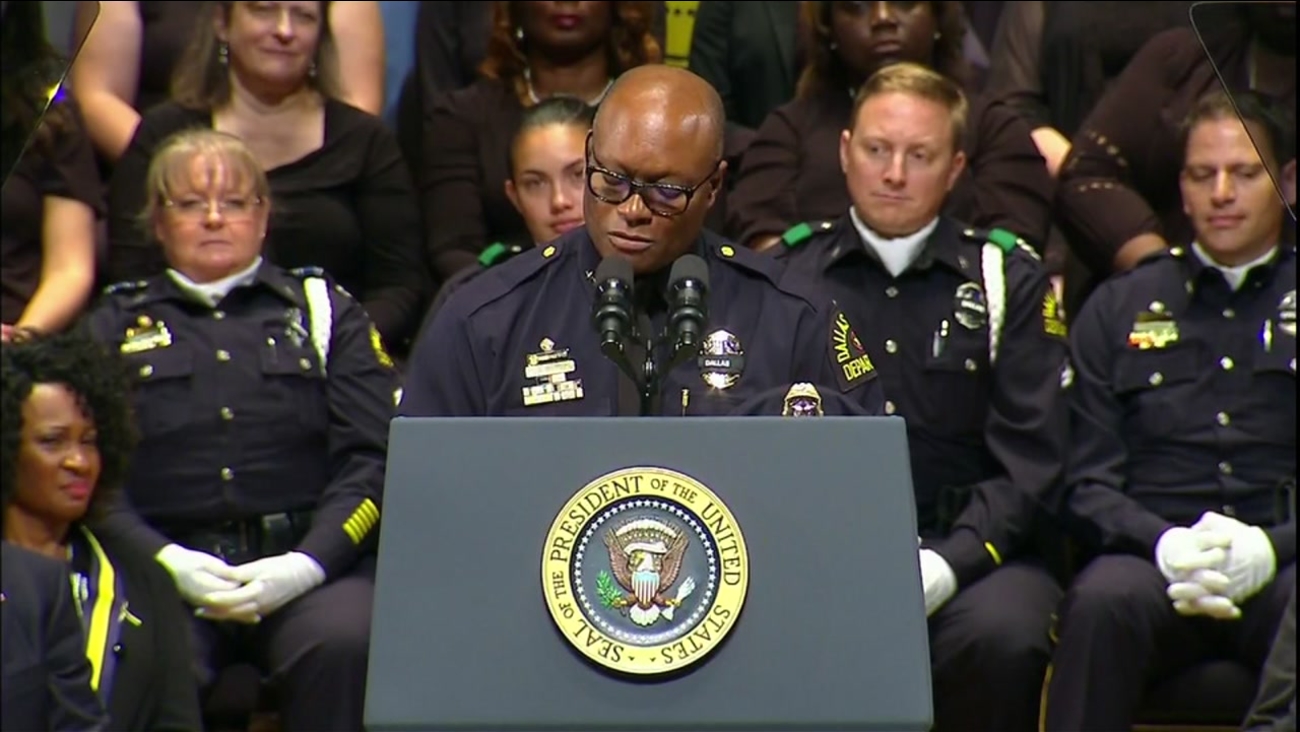 Dallas Police Chief Brown speaks at a memorial service in Dallas after officers there were shot and killed. (KTRK)

Brown came to national notoriety after the July murder of five officers in downtown Dallas.

"Chief Brown became a vital voice to help his community heal, and his leadership and his powerful voice have resonated throughout the nation," ABC News President James Goldston said in a written statement.

"His passion to fight injustice began as a teenager. Chief Brown witnessed firsthand the devastating effects of the crack cocaine epidemic in his neighborhood, dropping out his senior year of college to join the police force. He would go on to lead one of the nation's largest police departments, after serving as a patrolman, crime scene detective, SWAT team leader and internal affairs director. He understands very well the demands of the job and the frustrations felt by minority communities across the U.S."

ABC13 is owned by Disney, which owns ABC News and its subsidiaries.

Doctors at Dallas' Parkland Hospital were overcome with emotion as they recalled their work on the night a gunman ambushed police officers.