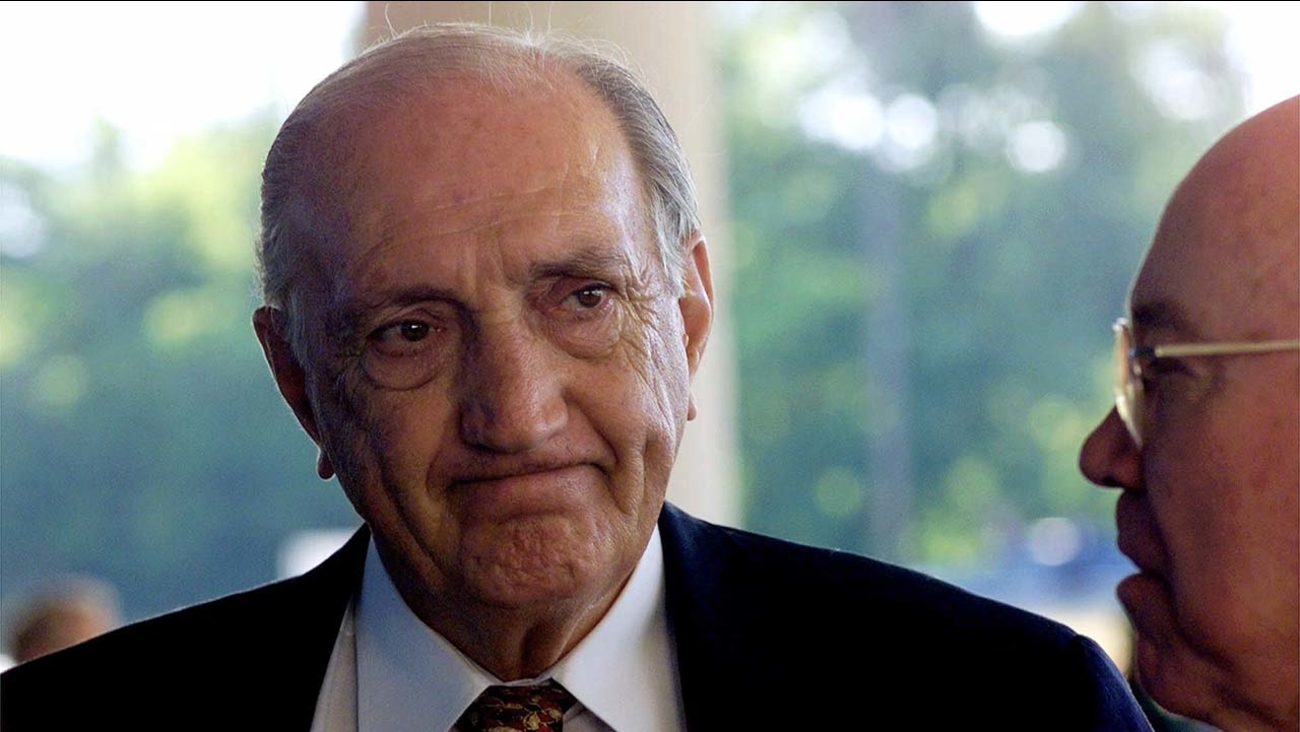 Ralph Branca's career was defined by that one high-and-inside fastball.

The Brooklyn Dodgers pitcher who gave up Bobby Thomson's famed "Shot Heard 'Round the World" that still echoes more than six decades later as one of the most famous home runs in baseball history, died Wednesday. He was 90.

Branca was a three-time All-Star and spent 12 seasons in the majors. Brought in from the bullpen in the bottom of the ninth inning during the deciding Game 3 of the National League pennant playoff in 1951, he gave up a three-run homer to Thomson that gave the rival New York Giants a stunning 5-4 victory.

"You know," Branca told The Associated Press in 1990, "If you kill somebody, they sentence you to life, you serve 20 years and you get paroled. ... I've never been paroled."

Thomson, who also homered off Branca in Game 1, capped a sensational comeback for the Giants, who trailed the Dodgers by more than a dozen games heading toward mid-August.


For the next 50 years, Branca and Thomson often appeared together at card shows, corporate events and baseball functions, re-telling the story of the home run that grew into a sports legend. They always were friendly at the affairs, sometimes even teaming up to sing about the big moment.

"I was closer to Ralph than to any other Dodger," Dodgers broadcaster Vin Scully said in a statement. "He carried the cross of the Thomson home run with dignity and grace."

It wasn't until many years later that it was revealed that the Giants had a little extra help.

That's when it came to light that the Giants employed a telescope-and-buzzer system that season to steal signs from opposing catchers. With that advantage, Giants hitters got a boost in their swings.

And for years, the question remained: Did Thomson know the high-and-inside fastball from Branca was coming?

Thomson firmly asserted that, no, he didn't get a sign in advance. A three-time All-Star himself, Thomson stuck to that claim until he died in 2010 at age 86.

Branca, however, wasn't so sure about that.

In 2001, the Giants' sign-stealing operation was detailed in a story in The Wall Street Journal.

A few days after that, Branca and Thomson saw each other for the first time at an event in Edison, New Jersey. They talked in private for five minutes, about a secret they'd both known about but never shared.

Later, they spoke about their discussion.

"It's been a cleansing for both of us," Branca said then. "He knew that I knew. It's better this way."

"To me, it was a forbidden subject," the right-hander said. "And I didn't want to demean Bobby or seem like I was a crybaby."

Said Thomson: "It was like getting something off my chest after all those years. I'm not a criminal, although I may have felt like one at first."

And then, hours later, Thomson and Branca appeared together in Manhattan at the New York baseball writers' dinner. In front of a ballroom full of fans, they took turns singing about the fateful pitch and swing, to lyrics written to the old standard "Because of You" - a reprise of the act they performed when the same dinner was held in January 1952.

His matchup with Thomson was recounted by Don Delillo in a 1992 Harper's Magazine story "Pafko at the Wall," included five years later in the novel "Underworld."

"Yes. It is Branca coming through the dampish glow. Branca who is tall and stalwart but seems to carry his own hill and dale, he has the aura of a man encumbered. The drooping lids, clodhopper feet, the thick ridge across the brow. His face is set behind a somber nose, broad-bridged and looming."

One of the last remaining Boys of Summer, Branca was 88-68 with a 3.79 ERA in his big league career. He spent the first 11 years with the Dodgers, then played for Detroit and the Yankees before returning to Brooklyn for a final game in 1956.

Branca made his debut as a teen in 1944 and went 21-12 with 15 complete games during Jackie Robinson's first season in 1947. Branca added another win that year at Yankee Stadium in the World Series.

"Branca to me was a hero," former Dodgers manager Tommy Lasorda said in a statement. "Ralph and I became very close, my family and his family. I always enjoyed being around him. He was a tough one in every way and I really admired him."

Branca co-founded the Baseball Assistance Team, which aids members of the baseball family in need of financial, medical or psychological assistance, and served as its president for 17 years. He was a pallbearer at Robinson's funeral in 1972.

"Ralph's participation in the 'Shot Heard 'Round the World' was eclipsed by the grace and sportsmanship he demonstrated following one of the game's signature moments," baseball Commissioner Rob Manfred said in a statement. "He is better remembered for his dedication to the members of the baseball community. He was an inspiration to so many of us."

Branca is survived by wife Ann and daughters Patti and Mary - the latter the wife of Valentine.

A funeral is scheduled for Tuesday at the Church of the Resurrection in Rye.
Related topics:
sportsbaseballcelebrity deathsbrooklyn
Copyright © 2021 by The Associated Press. All Rights Reserved.
More Videos
From CNN Newsource affiliates
TOP STORIES