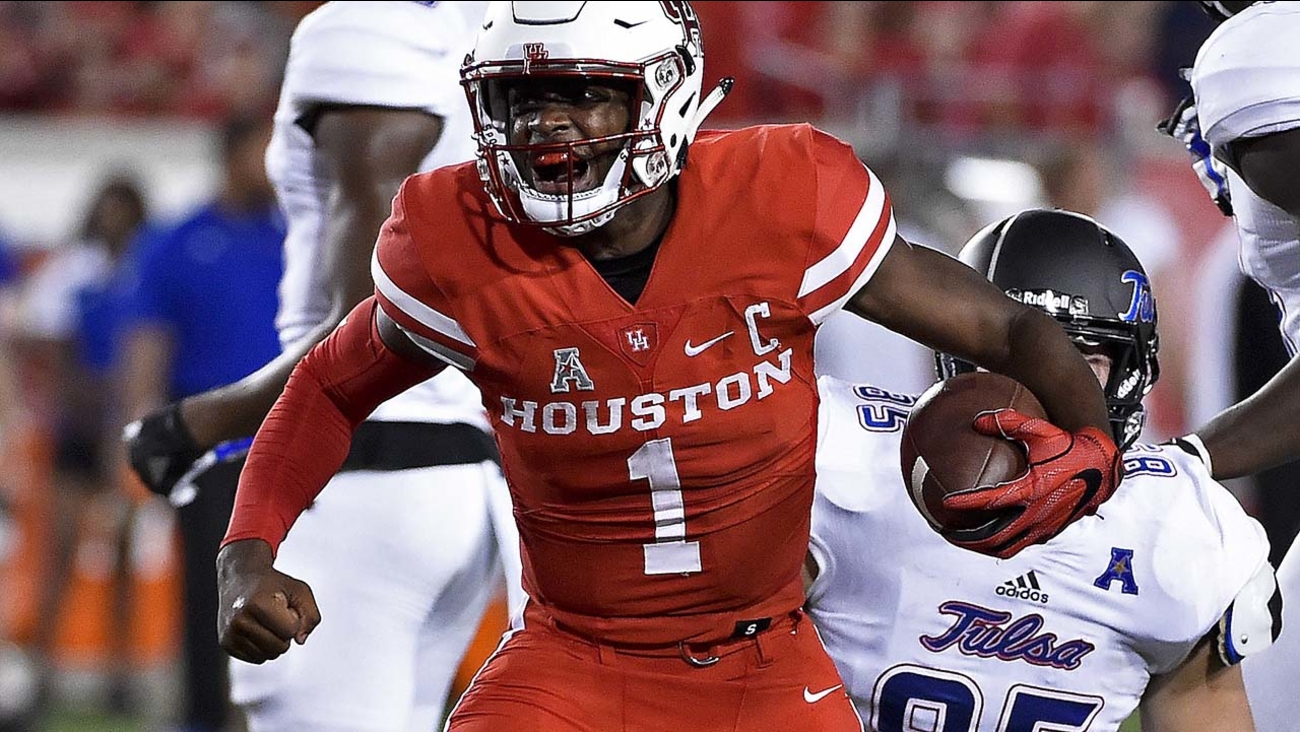 Houston quarterback Greg Ward Jr. (1) celebrates a first down in the first half of an NCAA college football game against Tulsa, Saturday, Oct. 15, 2016, in Houston. (Eric Christian Smith)

HOUSTON (KTRK) -- The No. 13-ranked Houston Cougars survived a game that literally came down to inches Saturday night against Tulsa.

No. 13 Houston comes up with a HUGE stop at the goal line to win 38-31. pic.twitter.com/2espzcmzXs