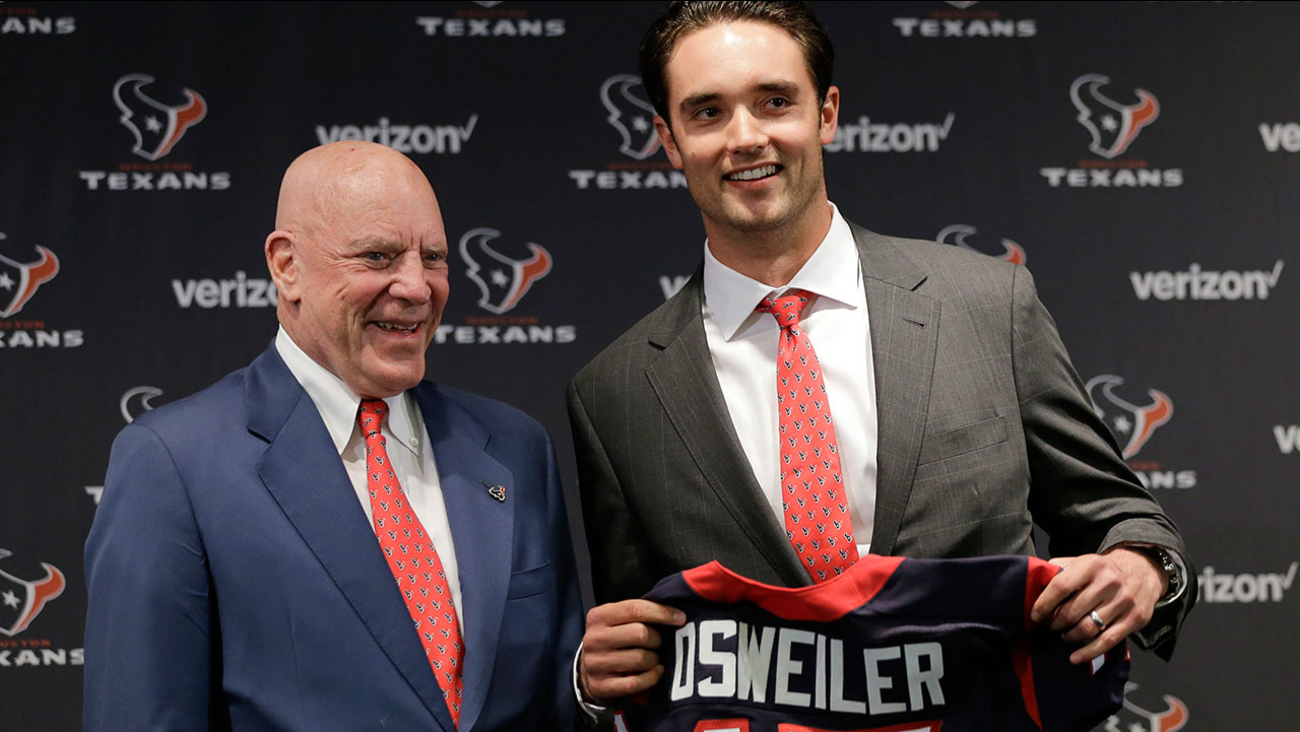 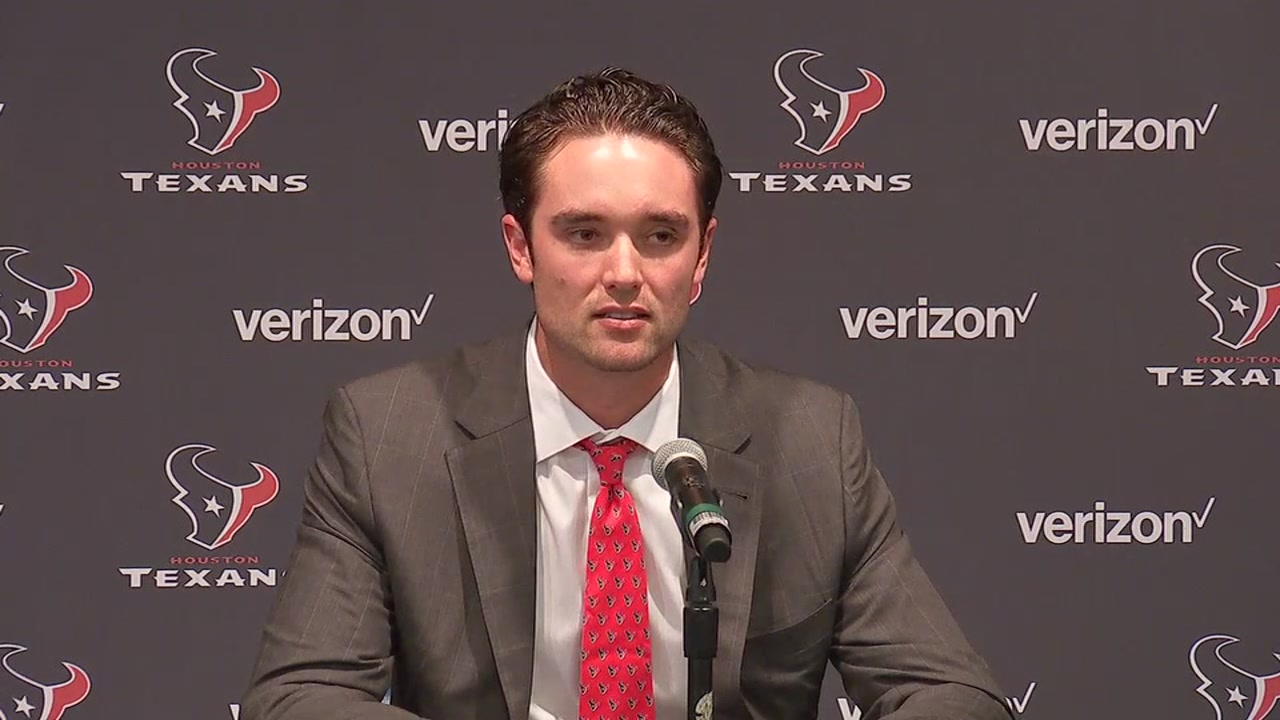 Brock Osweiler meets the media
Osweiler is one of four new Houston Texans who met the media on Thursday.

Brock Osweiler's journey to the Texans
The great state of Montana has been dubbed "Big Sky Country" for its beautiful mountains, scenic routes, crystal clear lakes, and glaciers. This is where Brock Osweiler was groomed to become a franchise quarterback.