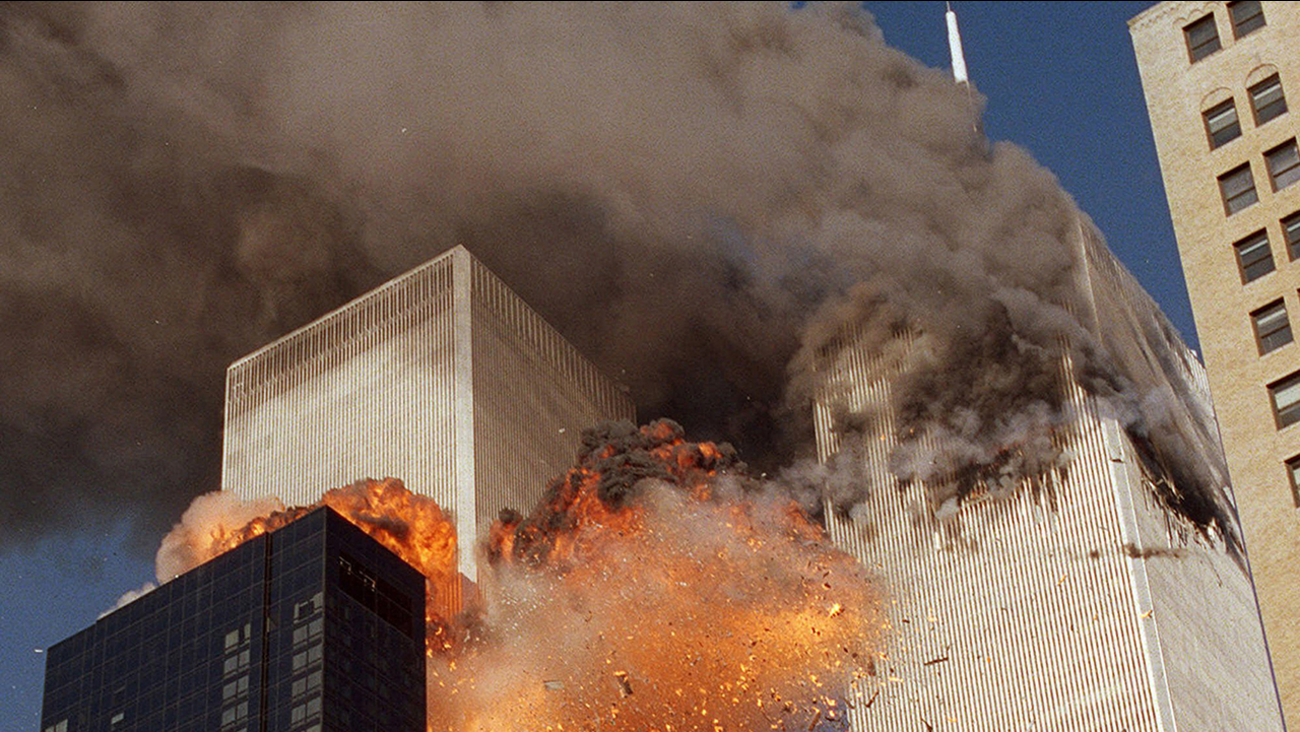 In this Sept. 11, 2001 file photo, smoke billows from World Trade Center Tower 1 and flames explode from Tower 2 as it is struck by American Airlines Flight 175, in New York (AP Photo/Chao Soi Cheong)

WASHINGTON -- The House has approved a bipartisan bill that would allow families of Sept. 11 victims to sue the government of Saudi Arabia.

The measure was approved by voice vote Friday.

Passage of the legislation puts Congress on a collision course with President Barack Obama on the eve of the 15th anniversary of the attacks.

The Senate passed the bill in May by voice vote despite vehement objections from Saudi Arabia, a key U.S. ally in the Middle East.

Fifteen of the 19 hijackers from 9/11 were Saudi nationals.

The White House has signaled that Obama would veto the legislation over concerns about exposing Americans overseas to legal risks.

The Obama administration cautions that if U.S. citizens can take the Saudis to court, then a foreign country could in turn sue the United States.