Obama: Colin Kaepernick 'exercising his constitutional right' not to stand for national anthem 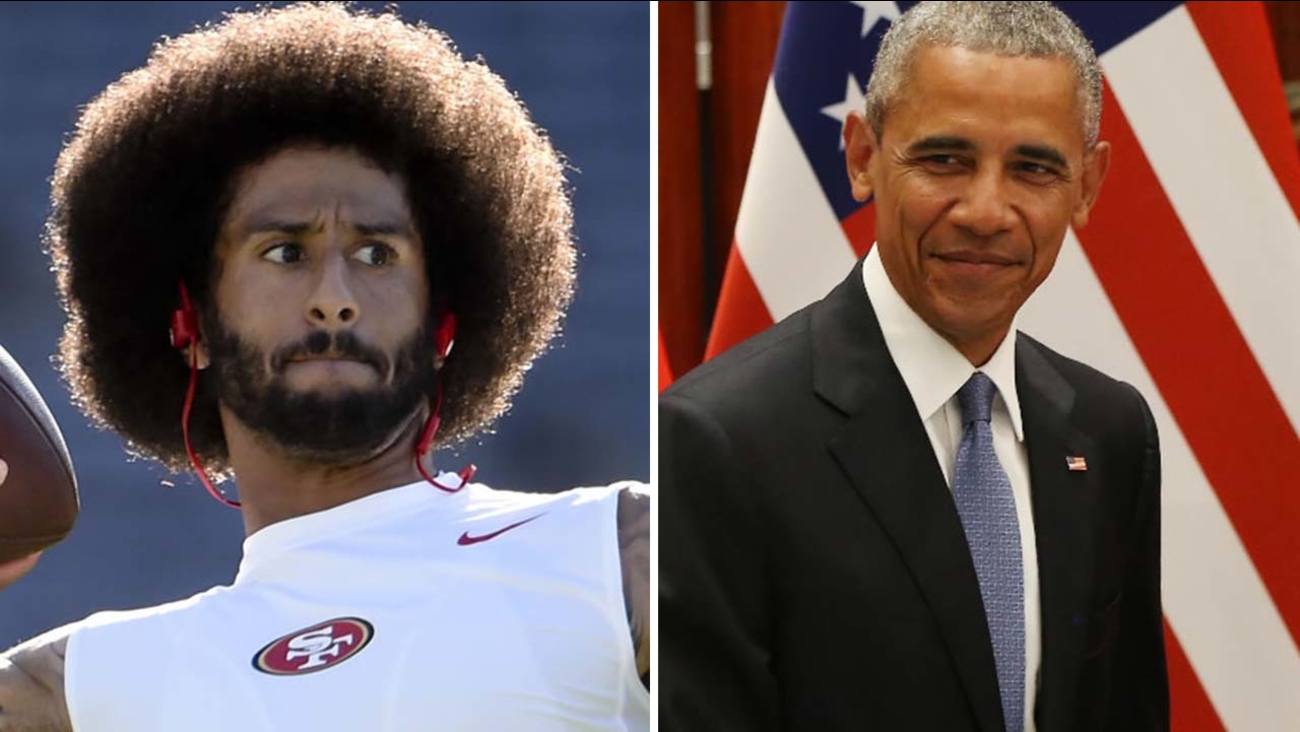 HANGZHOU, China -- President Barack Obama says the NFL quarterback who is refusing to stand for the national anthem is the latest in a long line of professional athletes who have exercised their constitutional right to make a statement about social issues.

The president was asked at a news conference Monday about Colin Kaepernick's protest gesture. Obama said he has no doubt that the San Francisco 49ers player is sincere and "cares about some real, legitimate issues."

Kaepernick has been heavily criticized since starting his silent protest. He's said it's not an anti-American gesture but a means to bring attention to racial injustice.

Obama says he hasn't paid close attention to the matter. But he adds approvingly that Kaepernick has generated more national conversation about "issues that need to be talked about."

President Barack Obama says there is symbolic value to his coming visit to Laos.

Obama notes at his news conference before leaving China that he will be the first U.S. president to visit the southeast Asian country.

The president says he hopes to make progress in accounting for missing U.S. servicemen from the Vietnam war. Obama says "we have deep commitments" to account for those lost during the war.

He also expects the U.S. will provide help to Laos in dealing with unexploded munitions that remain in the Laotian countryside from the war.

President Barack Obama says he has asked his staff to assess whether it would be productive for him to meet with Philippine President Rodrigo Duterte. This, after Duterte warned Obama not to question him about extrajudicial killings in his country.

Obama was asked at a news conference in China on Monday whether he intends to meet Duterte, as planned, at a gathering in Laos this week of the Association of Southeast Asian Nations.

Duterte said Obama should not question him about extrajudicial killings, or, as he put it, "son of a bitch, I will swear at you" when they meet in Laos.

Obama said he had heard about the comment and instructed his aides to determine whether it would still be productive to hold the face-to-face meeting.

Keep checking back on this page to get real-time updates as this story unfolds. To get alerts for breaking news, download the ABC-13 news app for iPhone or Android. You can also get breaking news alerts sent to you by email.
Related topics:
u.s. & worldchina
Copyright © 2021 by The Associated Press. All Rights Reserved.
More Videos
From CNN Newsource affiliates
TOP STORIES