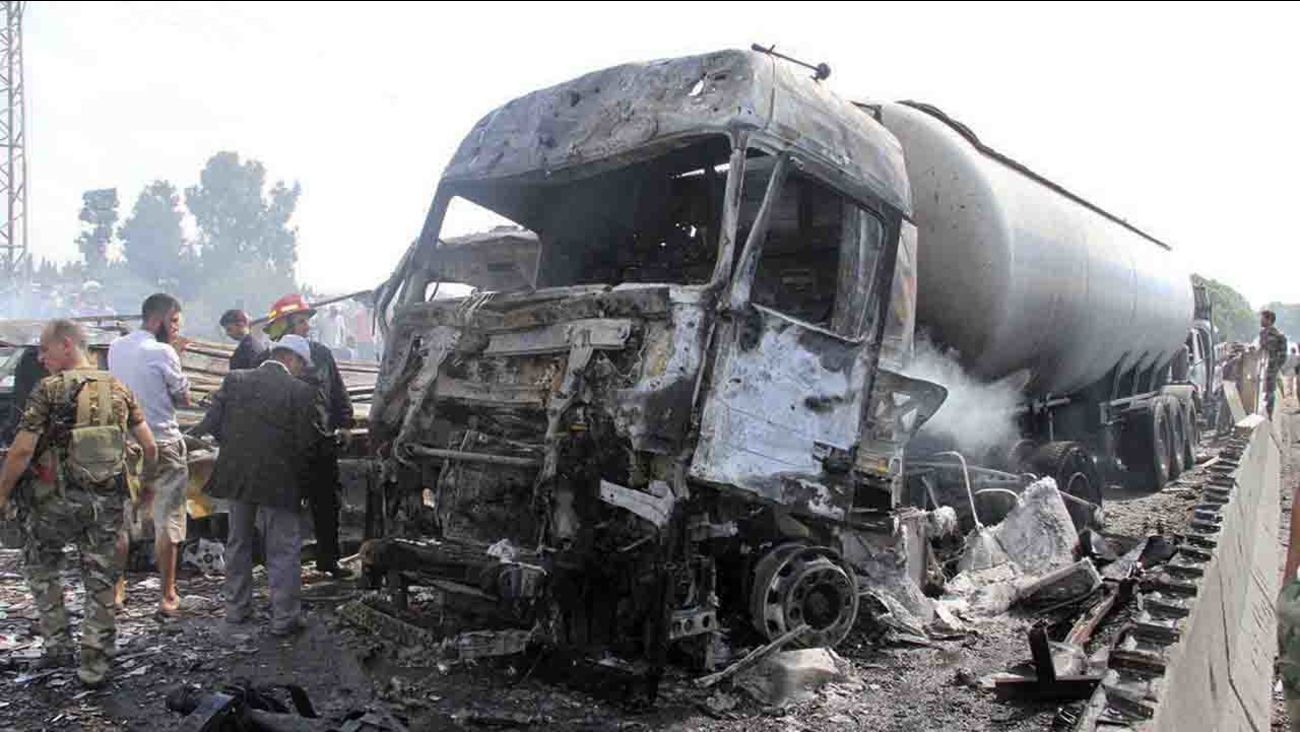 AP
DAMASCUS, Syria -- At least 12 people were killed in a string of bombings inside government territory in Syria, state media reported Monday.

The SANA news agency reported blasts in the coastal city of Tartus, the central city of Homs, the suburbs of the capital Damascus, and the northeastern city of Hasakeh.

Attackers detonated two bombs at the entrance of the government stronghold of Tartus along the international coastal highway, SANA said, killing five. A car bomb at the Arzoneh bridge was followed by a suicide bomber wearing an explosive belt who targeted the gathering crowd. The city, a stronghold of support for President Bashar Assad, is home to a major Russian naval base.

The governor of Homs province said a car bomb struck a military checkpoint in the provincial capital, Homs, killing two soldiers and injuring four others, one critically. The city, Syria's third largest, is largely under government control, with only one neighborhood still under opposition control. Monday's bomb exploded in the government-held Bab Tadmor district, SANA said.

An attacker detonated his motorcycle at the Marsho roundabout in the northeastern city of Hasakeh, killing five, SANA said. Government military forces withdrew from the city in August after street battles with the Kurdish autonomous self-defense force for the region, the YPG. The YPG and its political wing, the PYD, inherited control of the city, though the state's police force remained.

SANA also reported an explosion in the Sabbourah suburb of the capital, Damascus.

There has been no immediate claim of responsibility for the blasts. The Islamic State group claimed twin suicide bombings in the neighboring coastal towns of Tartus and Jableh in May that killed over 160 people.
Related topics:
syria
Copyright © 2020 by The Associated Press. All Rights Reserved.
More Videos
From CNN Newsource affiliates
TOP STORIES