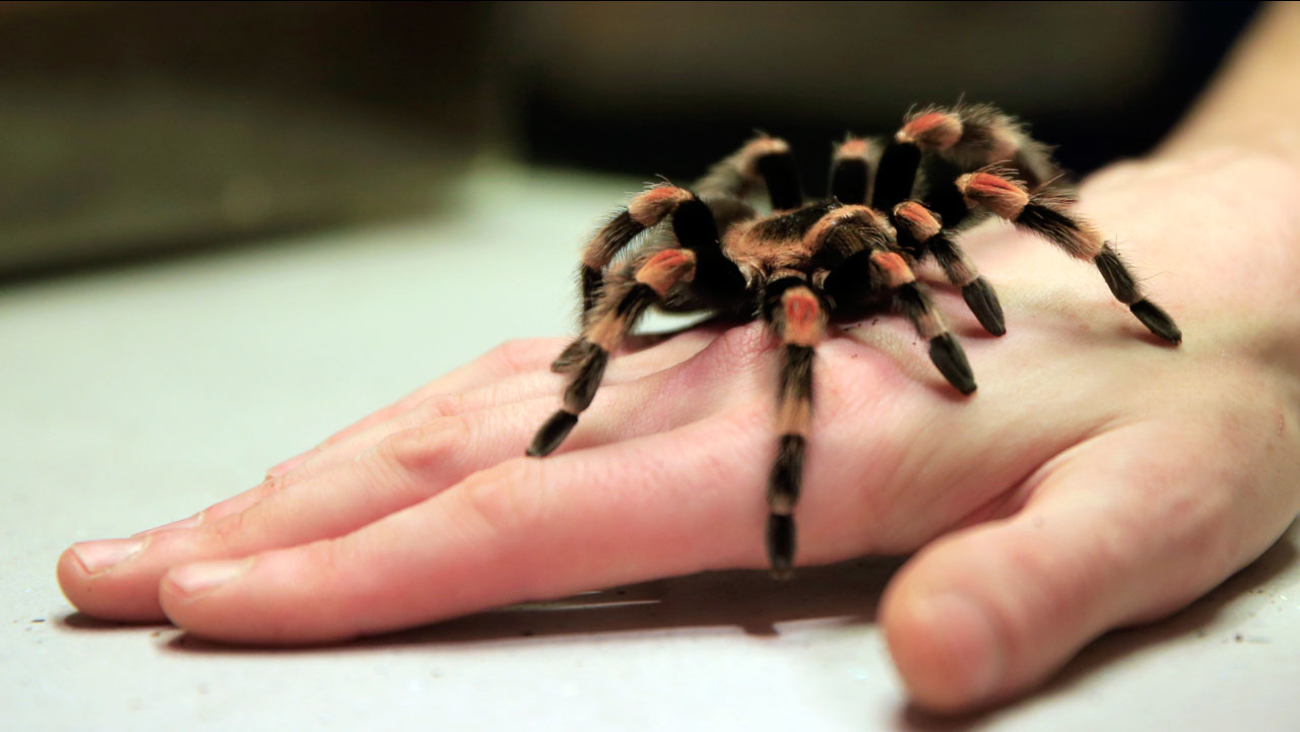 AP
LOS ANGELES -- Tarantulas are out looking for love, and hikers in Southern California's Santa Monica Mountains are warned to watch out for the hairy spiders.

Tarantula mating season has begun, and it will last through the end of October, the National Park Service said Thursday.

That means the giant arachnids will spend the next two months weaving webs just above ground, outside the female's burrow, the Los Angeles Times reported.

Because females typically stay inside, if a hiker comes across a tarantula on a footpath, it's probably a male on the lookout for a mate, experts say. Males have been known to search for up to four miles to find a female.

Though they have fangs and carry poison, tarantulas are not considered a serious threat to humans.

The spiders move slowly so hikers can take pictures, but humans shouldn't touch or otherwise harass the creatures, said Kate Kuykendall, a spokeswoman for the Santa Monica Mountains.

While female tarantulas can live for up to 25 years, the average lifespan of the male is only seven or eight years, so their annual chances to spread their genes is limited. To make matters worse, female tarantulas have been known to eat the males if they linger too long after copulation, the Times said.

According to the park service, mating occurs when the male approaches the female's burrow and taps on the web strands outside the entrance. If the female is willing, she'll come outside and receive his sperm, which he deposits on a web that she then receives and uses to fertilize her eggs.
Related topics:
sciencecalifornia
Copyright © 2020 by The Associated Press. All Rights Reserved.
More Videos
From CNN Newsource affiliates
TOP STORIES

Houston Mayor says fatal plant explosion is a 'call to action'
Friend of victim shares moments leading up to fatal explosion
Houston explosion: Company history OK, but few answers Friday
Lawsuits already filed against company for deadly explosion
Here's how you can help neighbors impacted by blast
Show More
What to know about structural damage after explosion
This is the moment of the deadly explosion in northwest Houston
Avoid the area authorities are calling the 'hot zone'
Timeline of deadly northwest Houston explosion
What the company at center of deadly Houston blast does
More TOP STORIES News