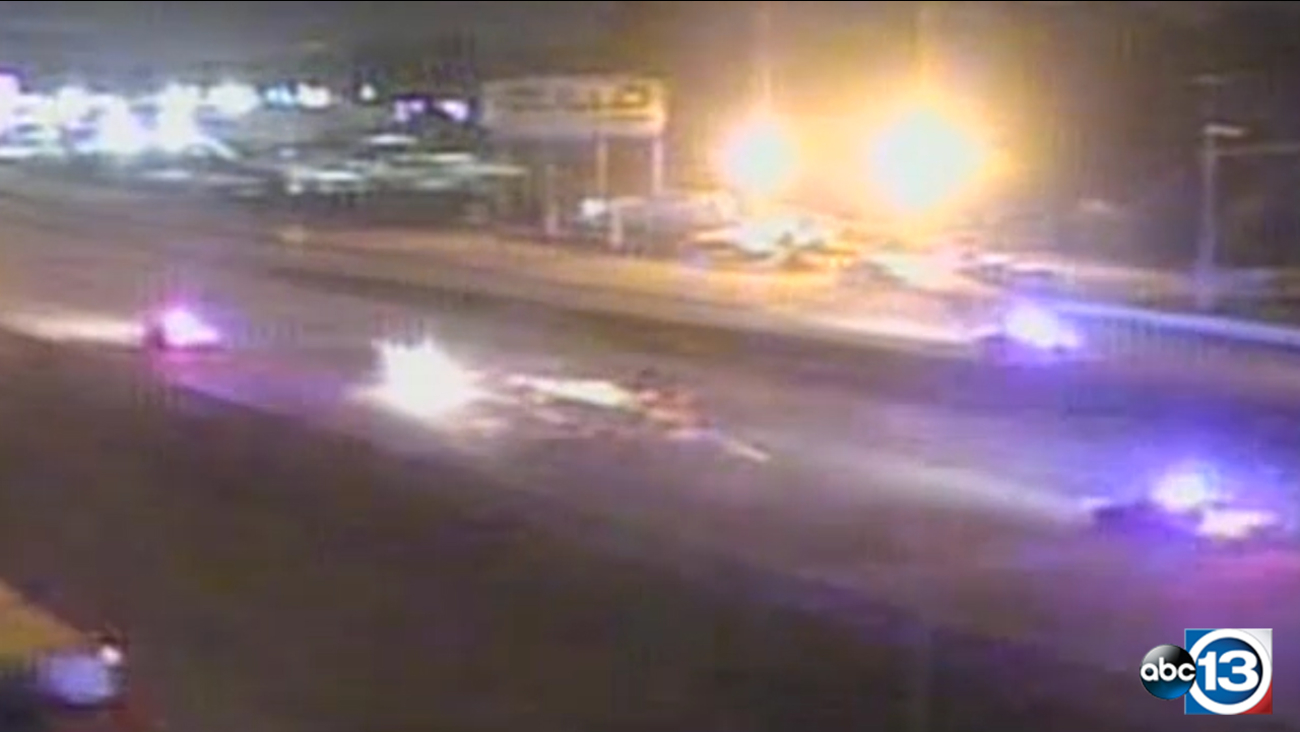 MONTGOMERY COUNTY, TX (KTRK) -- DPS troopers sent a suspect spinning after a pit maneuver, ending a high-speed chase on I-45 in Montgomery County.

Dramatic video captured on the Transtar jam cams show the DPS troopers in pursuit of a suspect off I-45 at Gladstell Road.

The trooper speeds up and taps the suspect's truck with his cruiser, sending the pickup into a tailspin. Sparks fly as the suspect spins twice before the vehicle stops on the freeway.

Officers say the chase began north of the Harris County line after troopers attempted to stop the driver, who they say was acting suspiciously.

The driver allegedly floored it, leading officers in a chase.

DPS says the driver moved erratically on Robinson Road in Montgomery County before getting onto I-45.

At one point, strike strips were deployed by Shenandoah police, who were able to damage the truck's front left tire.