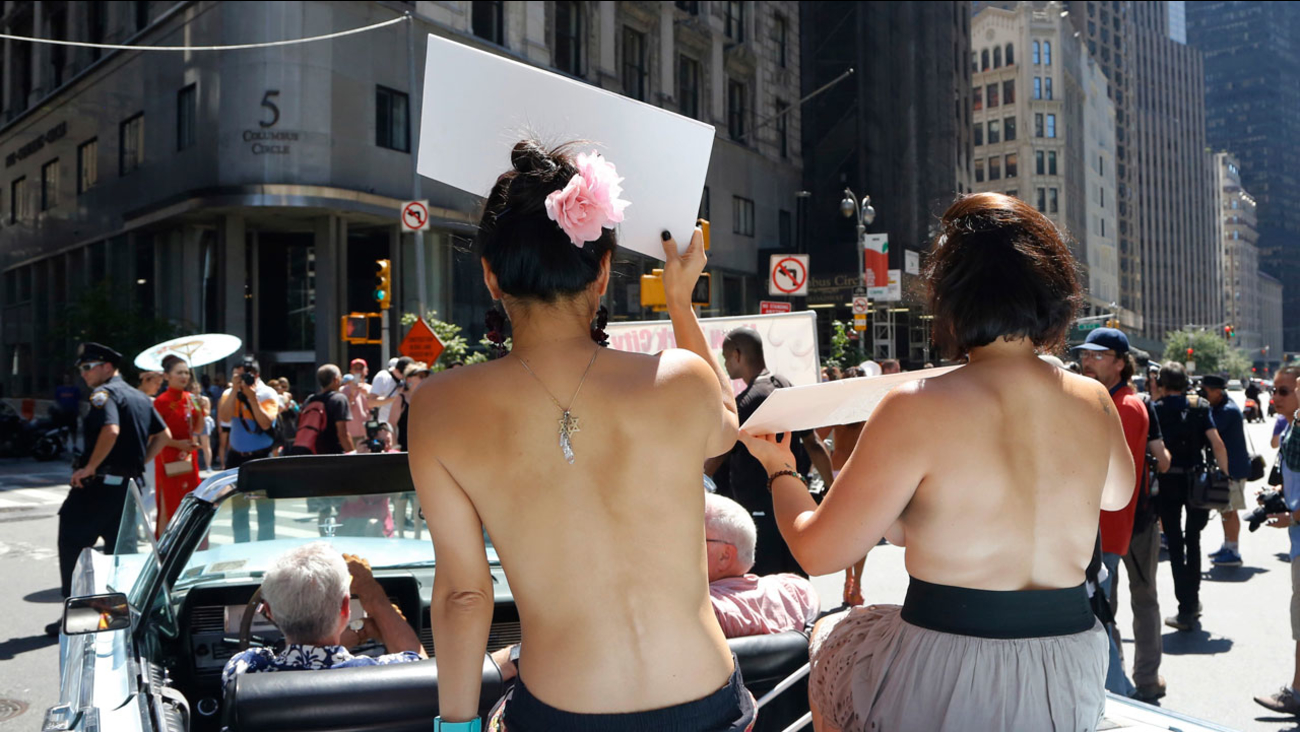 NEW YORK CITY -- They took it off for equality.

A few dozen women, and some men, went topless Sunday afternoon as they walked down Broadway in New York City. It was part of GoTopless Day, which calls for women to have as much right as men to be bare-chested in public.

The march was led by some women carrying a banner, followed by others in a convertible, with the top down, of course. Coming up at the end was a pair of giant inflatable breasts. Onlookers gawked and took photos as the parade participants went by.

It's been legal to be bare-breasted in New York since 1992.

The event in New York City was one of several planned for cities across the globe. Gatherings were planned in New Hampshire, Los Angeles and more.
Related topics:
new yorktopless womencivil rightsequal rights
Copyright © 2020 by The Associated Press. All Rights Reserved.
More Videos
From CNN Newsource affiliates
TOP STORIES