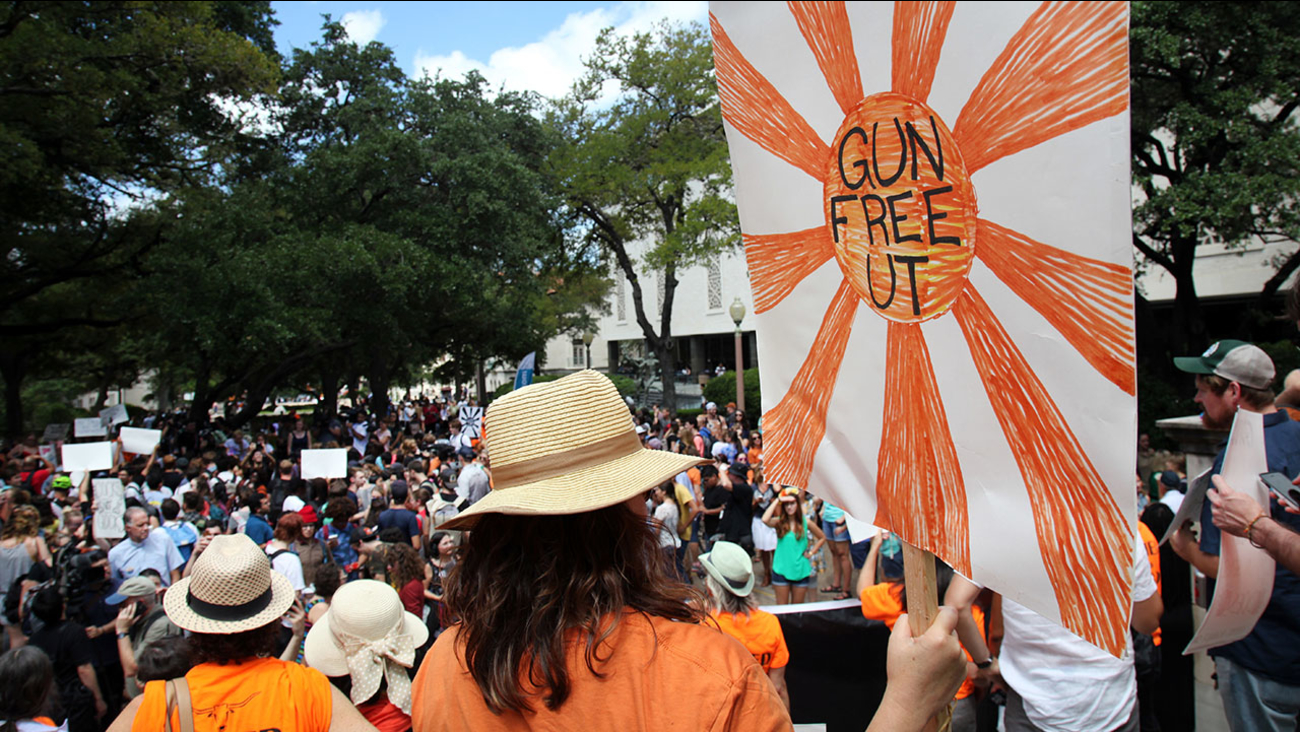 Organizers said the sex toys were used Wednesday to mock what they consider an absurd notion that guns should be allowed in academic settings. The law took effect Aug. 1.

Students and faculty at the Austin campus fiercely opposed allowing license holders to carry their concealed handguns to class. One prominent dean left the school after the law passed in 2015. Several faculty members attended the rally.