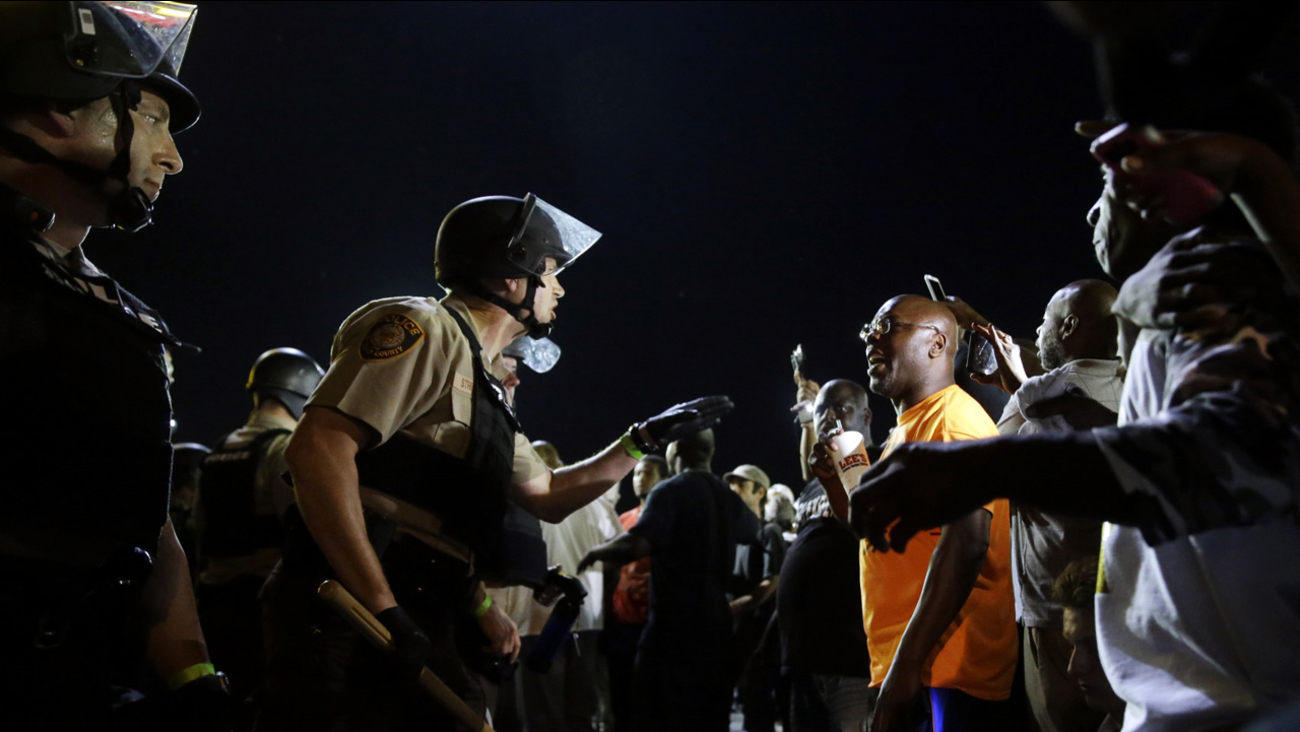 FILE - In this Aug. 10, 2015, file photo, officers and protesters face off along West Florissant Ave. in Ferguson, Mo., a year after the fatal police shooting of Michael Brown. (AP Photo/Jeff Roberson File)

AP
FERGUSON, MO -- A spokesman for Ferguson, Missouri, says it appears the driver who struck a protester at an event marking the second anniversary of Michael Brown's death did not do so intentionally.

The spokesman tells the St. Louis Post-Dispatch that the driver who hit a man standing in the road last night is cooperating with police.

Witnesses say gunfire broke after the collision, and there are small bullet holes in the woman's car. No one in the vehicle was injured.
Related topics:
missouripedestrian struckbuzzworthyshootingu.s. & world
Copyright © 2020 by The Associated Press. All Rights Reserved.
More Videos
From CNN Newsource affiliates
TOP STORIES