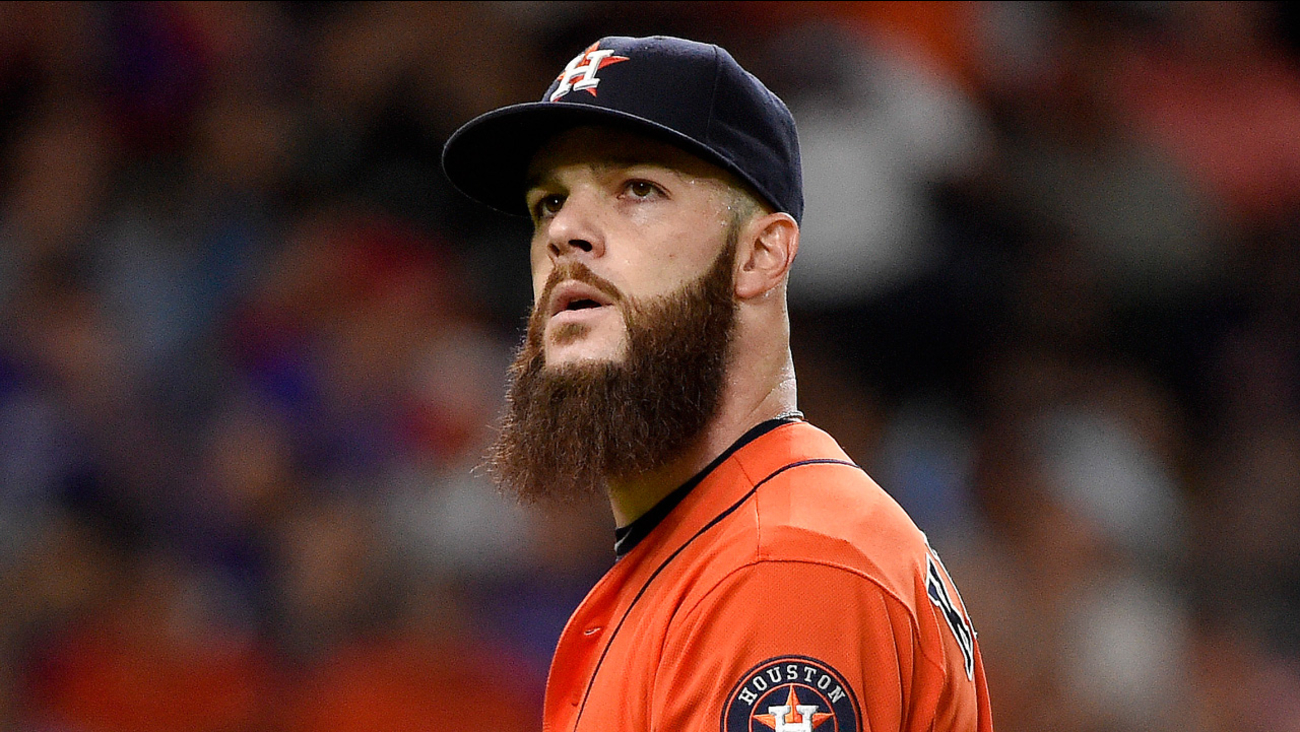 Houston Astros starting pitcher Dallas Keuchel walks to the dugout after finishing the top of the fifth inning of a baseball game against the Texas Rangers. (AP Photo/Eric Christian Smith)

HOUSTON -- Dallas Keuchel pitched a three-hitter and the Houston Astros beat Texas for just the second time in 11 tries this season, topping the Rangers 5-0 Friday night.

Jose Altuve had two hits and drove in two runs as the Astros closed within 5 games of the AL West-leading Rangers. Houston had lost three in a row overall.

Keuchel (7-11) allowed a career low in hits while throwing his fourth major league shutout. He struck out seven and walked two.

Keuchel was coming off one of his worst starts of the season in which he was tagged for seven runs in five innings Sunday at Detroit.