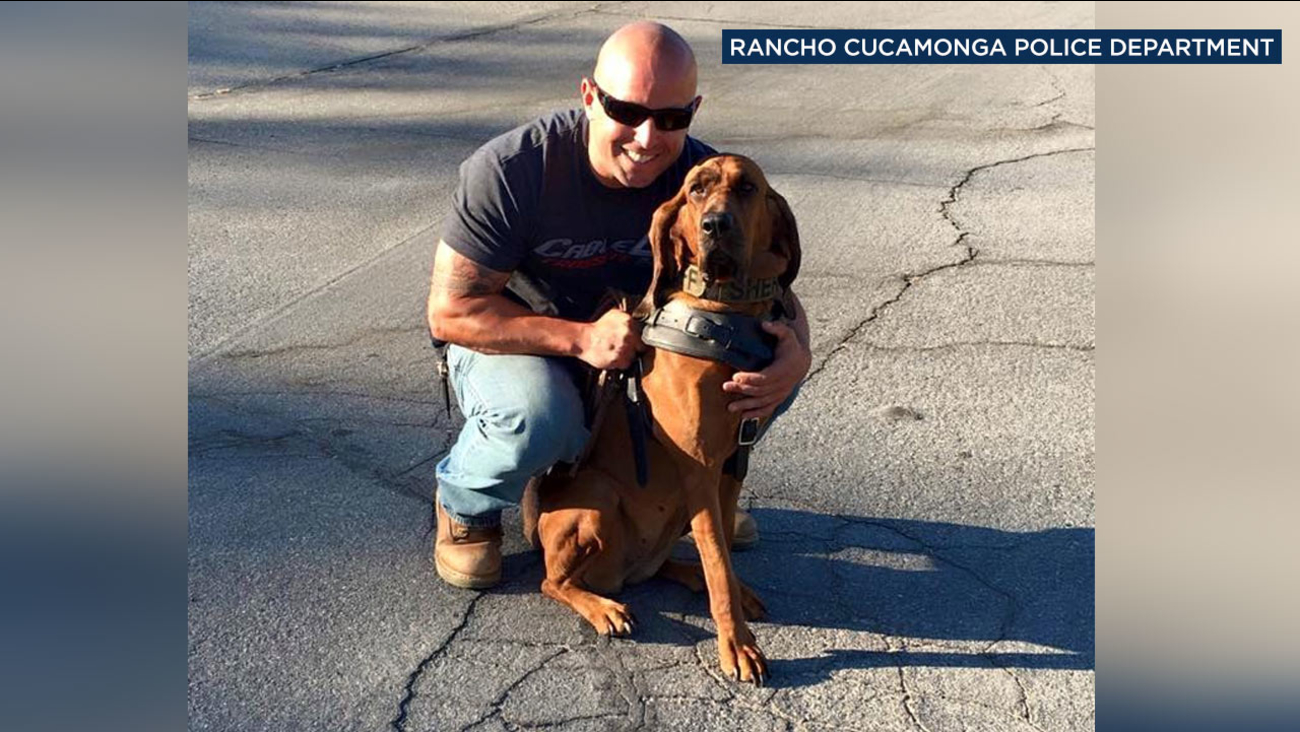 TWIN PEAKS, CA -- A K-9 named Deja helped track down a kidnapped girl by following her scent into the woods, police said.

Deja and handler Deputy Josh Stone with the Rancho Cucamonga Police Department were called up to the local mountains around 3 a.m. Tuesday to help search for the victim, according to a post on the department's Facebook page.

The call initially came from a Twin Peaks woman who said her 16-year-old granddaughter was fighting with a man in her home. When the man was asked to leave, he took the girl with him, officials said.

The girl's grandmother called law enforcement and reported her as a missing runaway.

As deputies were searching for the girl, a witness called 911 saying he was woken up by the sound of a woman screaming for help. The witness told authorities that when he looked outside, he saw a male holding a flashlight and dragging a female off into the woods by her hair.

Responding deputies found fresh drag marks and the girl's purse when they arrived on scene in the 26000 block of Lake Forest Drive, officials said.

That's when deputies requested the help of Stone and Deja. After being given a few scent articles from the victim's home, Deja was able to track the girl through a wooded area, leading investigators to a house in the 26000 block of Boulder Lane.

Officials said Deja followed the girl's scent all the way up to the front door and would not budge from the spot.

The girl and the male suspect, identified by sheriff's officials as 18-year-old Logan Padberg, were found inside the house. The victim was released to her mother.

Padberg was arrested and booked into the Central Detention Center on suspicion of kidnapping, domestic battery and unlawful sex with a minor.

Padberg is being held on $250,000 bail, according to information posted on the San Bernardino County Sheriff's Department's website.