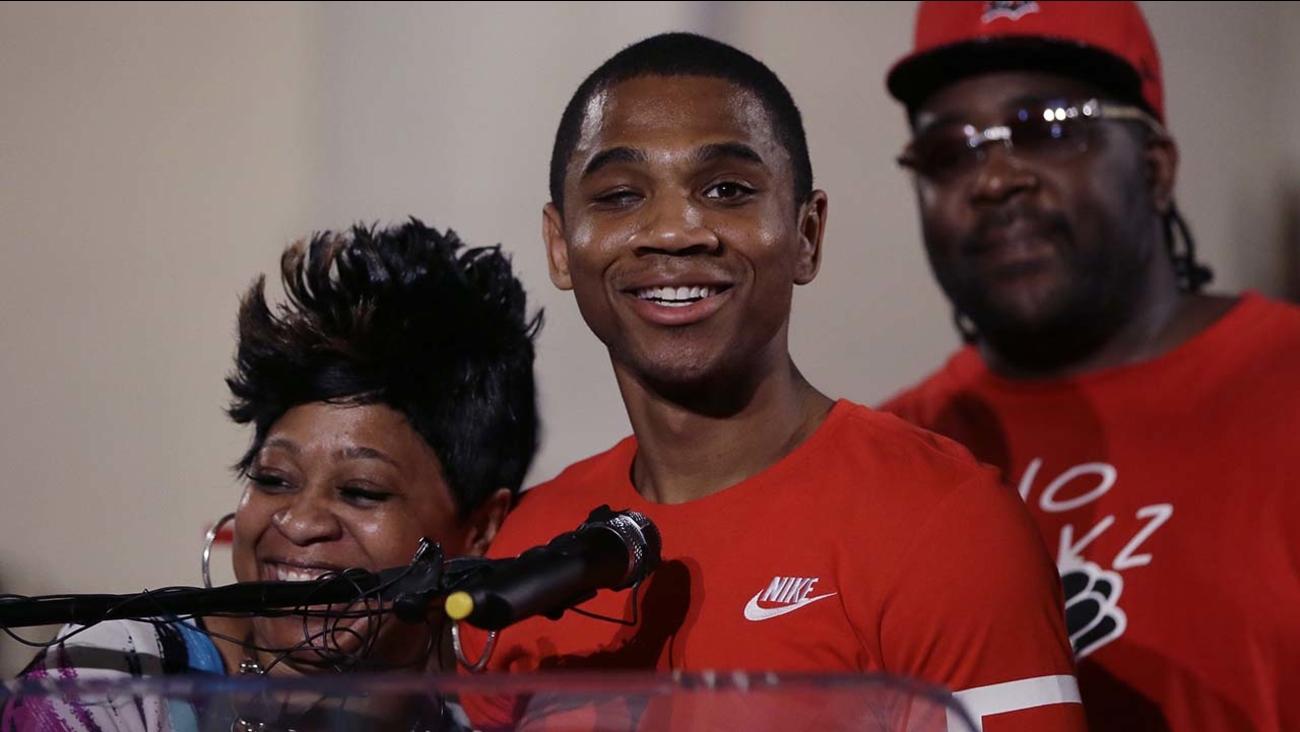 Davontae Sanford stands with his mother, Taminko Sanford and addresses the media during a news conference (AP Photo/Carlos Osorio)

DETROIT, MI -- A judge has dismissed charges against a Detroit man who went to prison as a teen and spent eight years behind bars for four murders that were eventually linked to a hit man.

Judge Brian Sullivan's signature Tuesday finally closes the case against Davontae Sanford, who was 14 when he walked up to a homicide scene in his neighborhood in 2007 and became a suspect.

Sanford's convictions were thrown out June 7 at the request of prosecutors, and the 23-year-old was released from prison the next day.

But the case had many other problems, especially an extraordinary confession by a hit man who says he killed the four victims.
Related topics:
michiganmurderu.s. & world
Copyright © 2020 by The Associated Press. All Rights Reserved.
More Videos
From CNN Newsource affiliates
TOP STORIES