HOUSTON (KTRK) -- Three officers are confirmed dead and three others wounded after a shooting in Baton Rouge Sunday.

There has been an outpouring of support from Houston politicians and law enforcement on social media.

Houston Mayor Sylvester turner called for unity and lamented that their have been too many senseless acts in recent months.

Too many incidents have taken place over past couple of months. Too many senseless acts. We must come together as one. #unity #BatonRouge-st

The Harris County Sheriffs Office and the Houston Police Department offered their thoughts and prayers to their colleagues in Baton Rouge.

Our hearts are heavy this morning--again. Thoughts & prayers for our colleagues in @BRPD & their families. #ThinBlueLine #BatonRouge

The men and women of HPD extend our thoughts and prayers to the Baton Rouge Police Department. https://t.co/AVaw9jEjFQ

Spoke with @LouisianaGov. We agree we must unite & strengthen our commitment to protect law enforcement. https://t.co/sPxfqBhsqU

.@POTUS condemns police shootings: "There is no justification for violence against law enforcement." #BatonRouge pic.twitter.com/RXJQBAeUDh

Ambushing police officers is 1 of the most cowardly acts I can imagine. I stand w/ law enforcement & all who mourn the officers #BatonRouge

We grieve for the officers killed in Baton Rouge today. How many law enforcement and people have to...https://t.co/pPNrzG8kEa

LA GOP delegation issues statement from Cleveland on #BatonRouge: "We will stand united and prayerful against evil" pic.twitter.com/KK9sbQgEPd 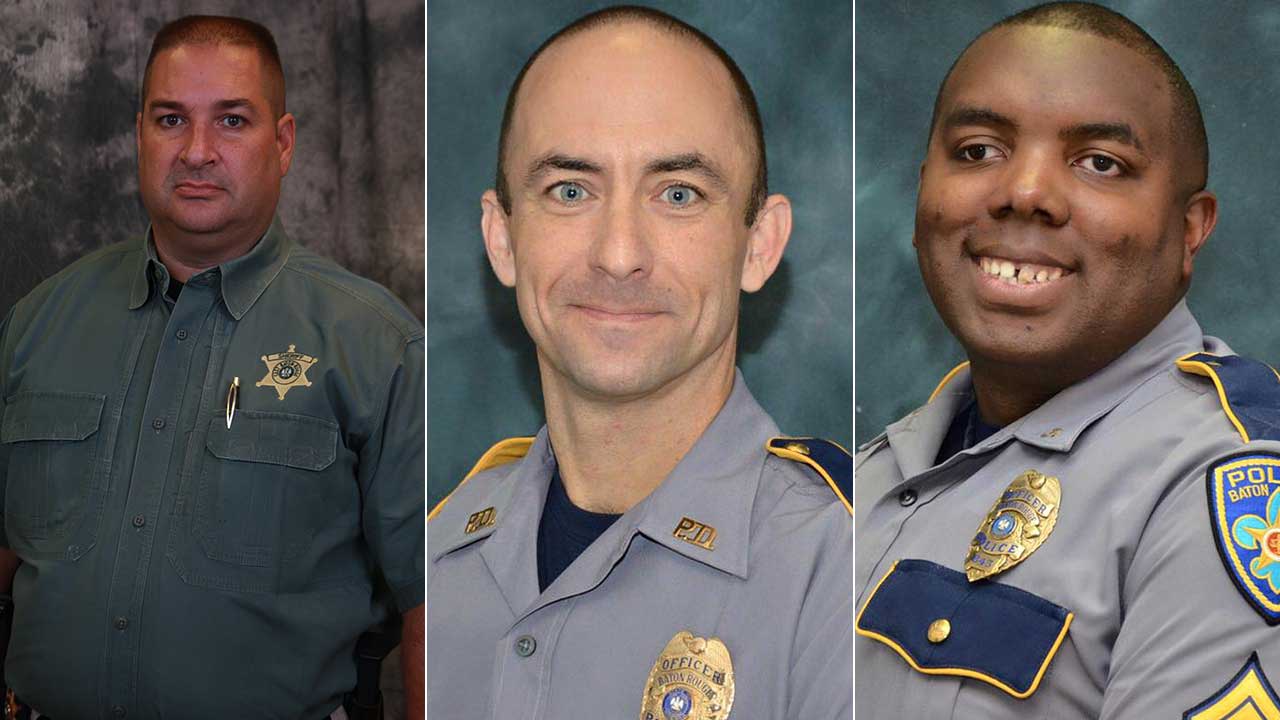