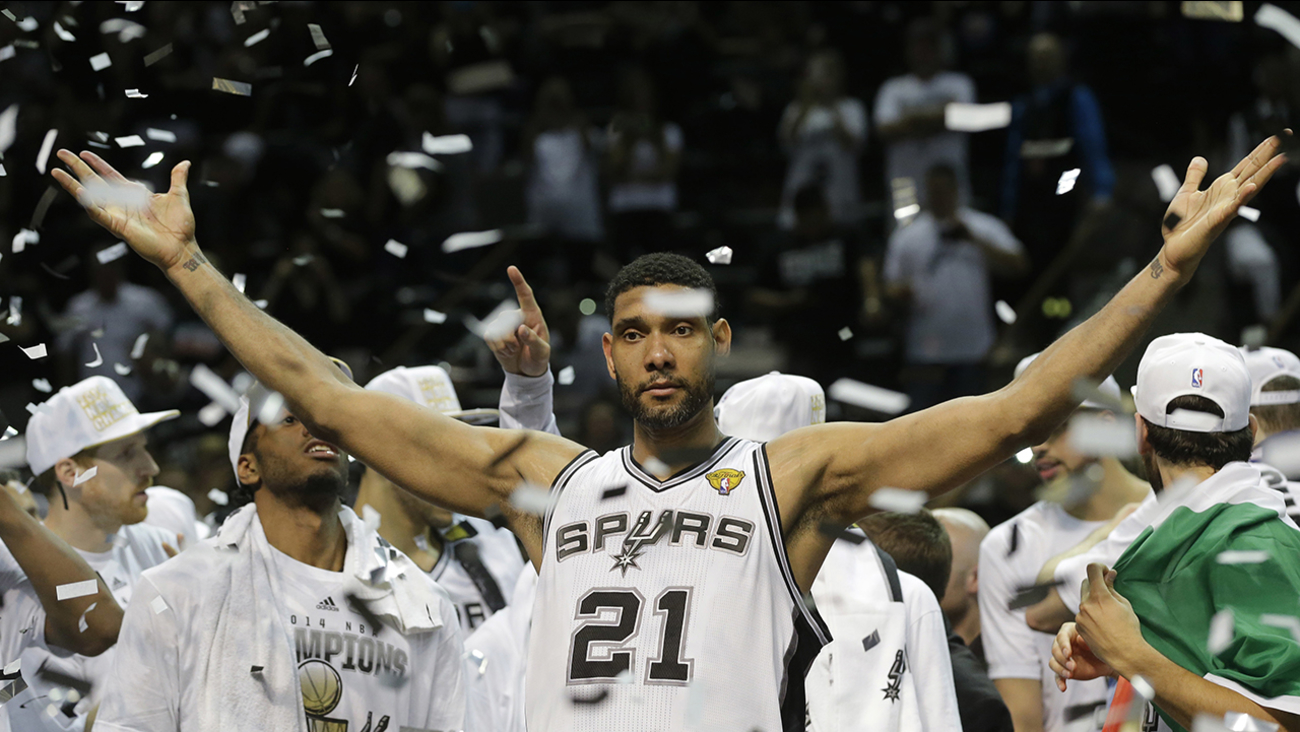 Duncan announced his retirement on Monday after 19 seasons, five championships, two MVP awards and 15 All-Star appearances. It marks the end of an era for the Spurs and the NBA.
Duncan was the No. 1 overall pick out of Wake Forest in 1997 and teamed with Gregg Popovich, Tony Parker and Manu Ginobili to make the Spurs the most enduring success story in modern American sports. His reserved demeanor and game built on fundamentals more than athleticism served as the backbone for the franchise's unparalleled run.

Duncan was a three-time NBA Finals MVP and was named to the All-NBA First Team 10 times in his career. He is fifth on the NBA's career list in blocks, sixth in rebounds and 14th in scoring.
Related topics:
sportssan antonionba playoffsnba finalsnba
Copyright © 2020 by The Associated Press. All Rights Reserved.
More Videos
From CNN Newsource affiliates
TOP STORIES