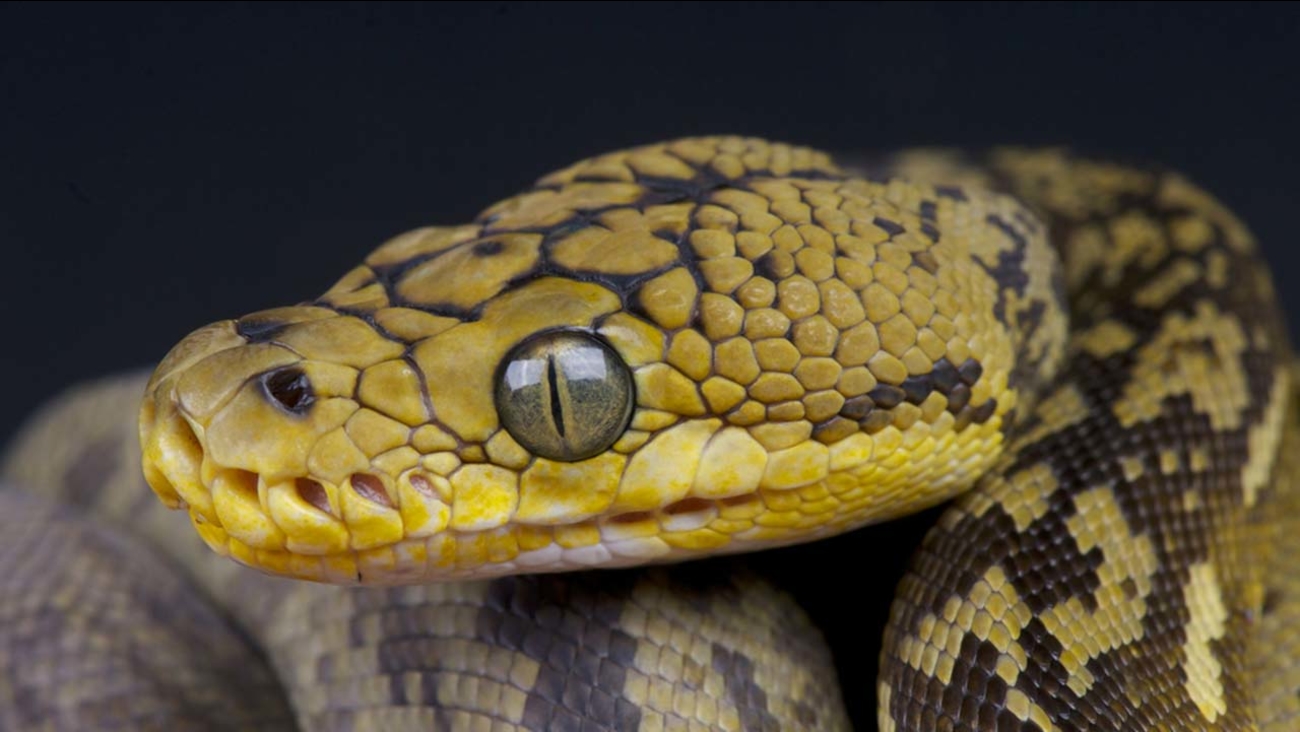 A stock image of a snake (Shutterstock)

ATLANTA, GA -- An official says a large python has been found after leaving its private cage at the Atlanta Zoo.

Davis says the snake is a semi-arboreal species native to southeast Asia and described as non-aggressive and shy. The snake is about 1-2 inches in diameter and weighs more than 6 pounds. It has a yellow and dark-brown patterned skin.