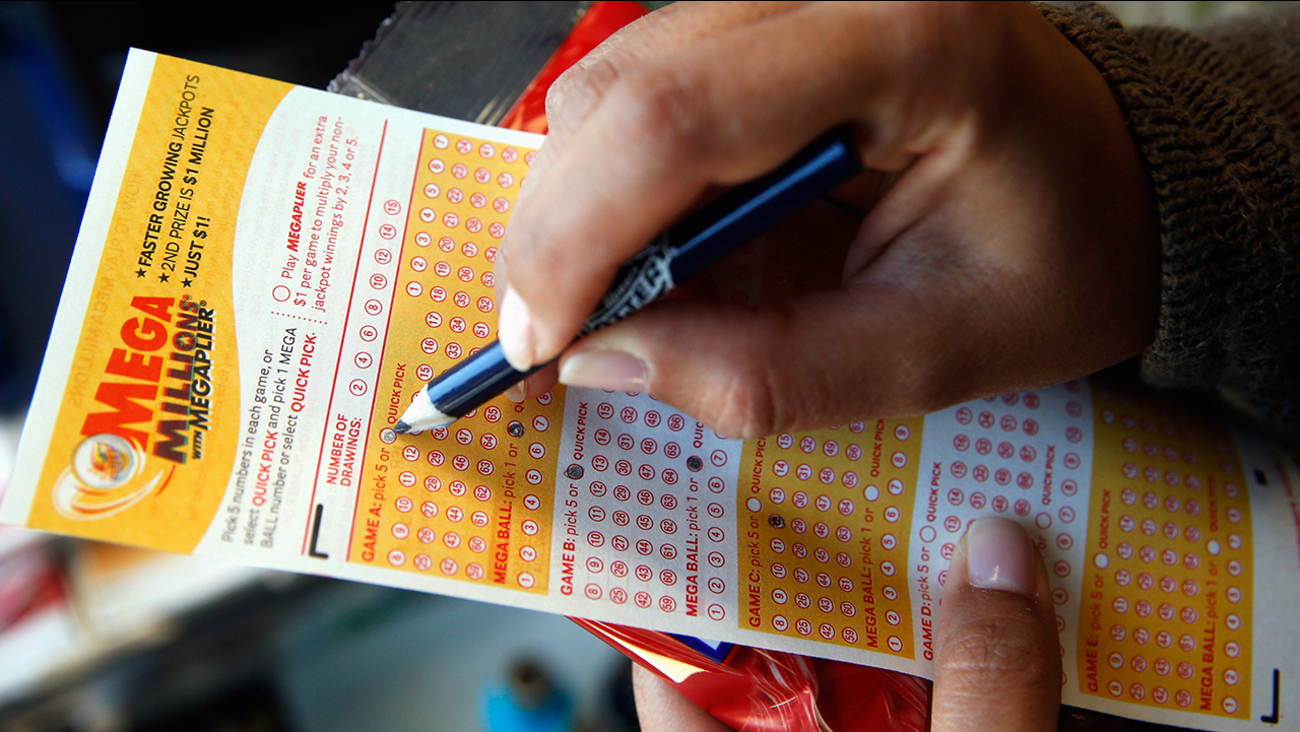 In this July 1, 2016. file photo, Sara Thompson picks numbers for the Mega Millions lottery at a convenience store in Chicago. (Nam Y. Huh/AP)

The consortium of lottery organizations that runs Mega Millions said a ticket matching all five white balls and the yellow ball would win a an estimated $540 million.

An estimated $1 billion in tickets have been sold since the last jackpot-winning ticket was drawn in early March. This is the longest Mega Millions run without a winner.

Tickets are sold in 43 states, the District of Columbia and the U.S. Virgin Islands.

This is the third largest grand prize, since the inception of the Mega Millions game in 2002, as well as holding the distinction of being the seventh largest jackpot in U.S. history.

The jackpot grew for four months, having last been won on March 8 in Washington. The only other jackpot won this year was on January 8 in New York.

The record Mega Millions jackpot is $656 million - three tickets shared that jackpot on March 30, 2012. Just behind that is the $648 million jackpot split by two winners on December 17, 2013. Those are the only two Mega Millions jackpots in history higher than Friday night's estimated prize.

With slightly better odds than the Powerball game, it's rare that nearly four months passes without someone winning a Mega Millions jackpot.

The odds of picking the correct numbers on five white balls and one yellow ball in the Mega Millions game are one in 259 million. For Powerball, it's one in roughly 292 million. Revamps to the country's two big lottery games in recent years decreased the odds of picking all the numbers needed for the top prize, though officials point out it has increased the number of winners who score smaller prizes that range from $1 million to $5 million, depending on the game.
Related topics:
personal finance
Copyright © 2021 by The Associated Press. All Rights Reserved.
TOP STORIES
13 Investigates increase in game-day crime near Astros ballpark
34-year-old now wanted in teen's road rage murder after Astros game
2 charged with aggravated sexual assault of child in Montgomery Co.
Study highlights link between COVID-19 and domestic violence cases
Storms moving away from Houston, more to come next week
DOJ sues TX over Abbott's order to pull over vehicles with migrants
Twin babies recover from respiratory syncytial virus amid pandemic
Show More
Summer travel plans may look different for those hitting the road
Disney joins list of companies requiring vaccine for nonunion workers
HISD superintendent shakes things up ahead of new school year
Houstonians weigh in on Abbott's migrant transportation order
Man accused of killing wife and shooting her 2 kids in Katy area
More TOP STORIES News