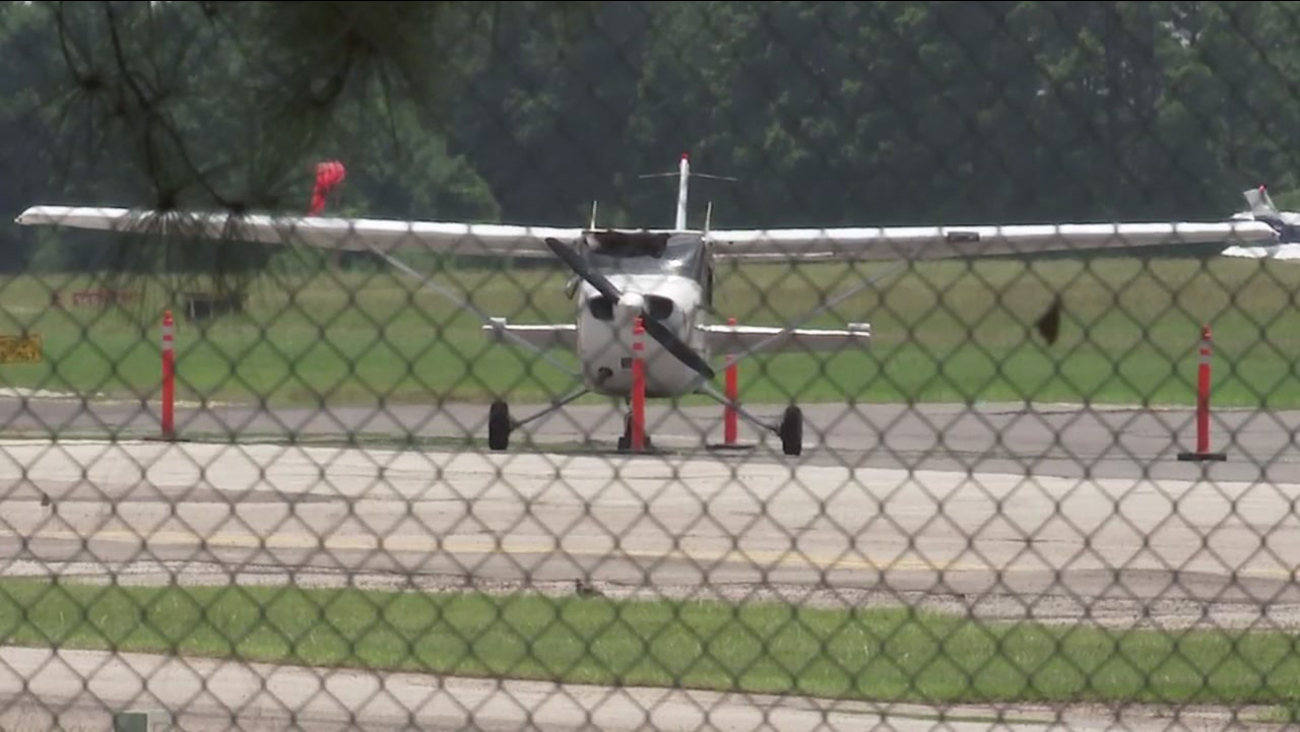 TOMBALL, TX (KTRK) -- The pilot of a small Cessna aircraft was forced to make an emergency landing in Tomball after a bird crashed through the windshield and hit him in the face.

The pilot landed safely at Hooks Airport around noon. However, a spokesperson with the Texas Department of Public Safety did not know whether either of the two people on board needed medical attention.

A student pilot and a flight instructor were flying the Cessna model 172 R plane to Hooks Airport from Lake Conroe, according to DPS. As the plane was about 13 miles north of its destination, a flock of birds appeared in their path. One of the birds broke from the flock and flew straight through the windshield, hit the pilot, exited through the right window and then struck the wing.

The Federal Aviation Administration says in the last 10 years, 15 animal strikes have been reported by planes landing or taking off from Hooks Airport. The last incident happened in October 2015 and caused about $2,600 in damage to the left wing of a twin turboprop aircraft. Most of the incidents have involved birds, but two planes have struck deer during landings.

State wide, 736 wildlife strikes on airplanes have been reported this past year.