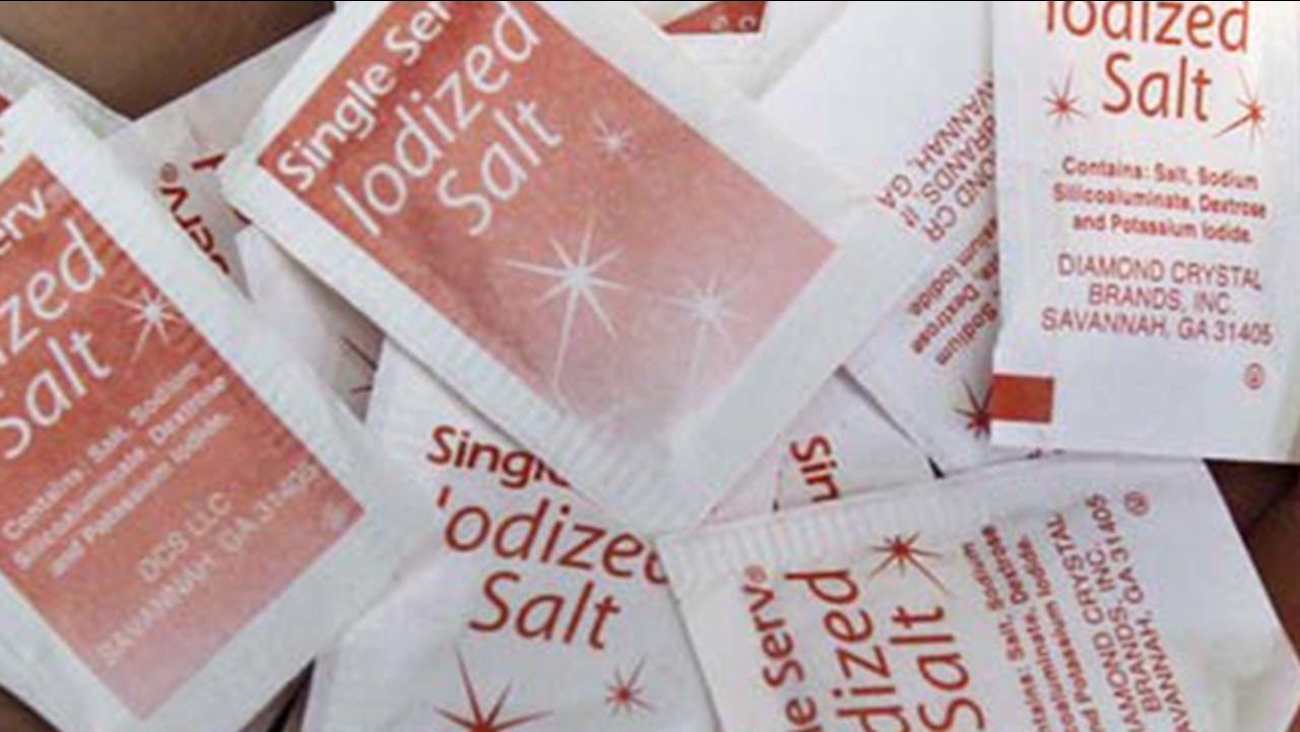 AP
WASHINGTON -- The Obama administration is pressuring the food industry to make foods from breads to sliced turkey less salty, proposing long-awaited sodium guidelines in an effort to prevent thousands of deaths each year from heart disease and stroke.

The proposed guidelines released Wednesday are voluntary, so food companies won't be required to comply, and it could be a year or more before they are final. But the idea is to persuade companies and restaurants - many of which have already lowered sodium levels in their products - to take a more consistent approach.

It's the first time the government has recommended such limits. Sodium content already is included on existing food labels, but the government has not set specific sodium recommendations. The guidelines suggest limits for about 150 categories of foods, from cereals to pizzas and sandwiches. There are two-year and 10-year goals.

FDA Commissioner Robert Califf said that many people may not be conscious of how much sodium they are eating until they have a heart attack or stroke.

"Our great hope is that this will initiate a very serious national dialogue," he said.

Americans eat about 1 teaspoons of salt daily, or 3,400 milligrams. That amount hasn't gone down over the years, and it's about a third more than the government recommends for good health. Most of that sodium is hidden inside common processed foods and restaurant meals, making it harder for consumers to control how much they eat.

The guidelines are long-delayed. The Food and Drug Administration first said it would issue voluntary guidelines in 2010, after an Institute of Medicine report said companies had not made enough progress on reducing sodium and advised the government to establish maximum levels for different foods. The FDA decided to go with a voluntary route instead.

The delays came as food companies balked at the idea of government guidelines, pointing to myriad efforts already underway to reduce sodium. The food industry has also pointed to a newer, 2013 IOM report that said there is no good evidence that eating sodium at very low levels - below the 2,300 milligrams a day that the government recommends - offers benefits.

Some companies have worried that though the limits will be voluntary, the FDA is at heart a regulatory agency, and the guidelines are more warning than suggestion. But the wait means that Obama administration officials probably won't be around to see if individual companies follow the guidelines. A new administration will be likely be tasked with making the proposed guidelines final, as they could take a year or more to complete.

If companies do eventually comply with the guidelines, Americans won't notice an immediate taste difference in higher-sodium foods like pizza, pasta, bread and soups. The idea is to encourage gradual change so consumers' taste buds can adjust, and to give the companies time to develop lower-sodium foods.

Many food companies and retailers already have pushed to reduce salt. Wal-Mart, ConAgra Foods, Nestle and Subway restaurants say they have achieved major sodium reductions in their products. Mars Food, a subsidiary of Mars Inc. that produces Uncle Ben's rice among other products, said in April that it would support the upcoming FDA sodium regulations.

In a statement just after the guidelines were released, Mars Inc. said the guidance "will drive a broader dialogue within the food industry and help inform consumers about the role sodium plays in their diet and overall health."

The companies say that in some cases, just removing added salt or switching ingredients does the trick. Potassium chloride can also substitute for common salt (sodium chloride), though too much can cause a metallic taste. In addition to flavor, companies use sodium to increase shelf life, prevent the growth of bacteria, or improve texture and appearance. That can make it more difficult to remove from some products.

Health groups have argued for mandatory standards, but say voluntary guidelines are a good first step. Michael Jacobson, the head of the Center for Science in the Public Interest, says the government should assess how the voluntary standards work, and set mandatory targets if they don't.

"It's disappointing that the FDA is only proposing targets and not formal limits, but in this political climate with a Republican Congress and such massive industry opposition, we're gratified that the administration is at least coming out with voluntary targets," Jacobson said.