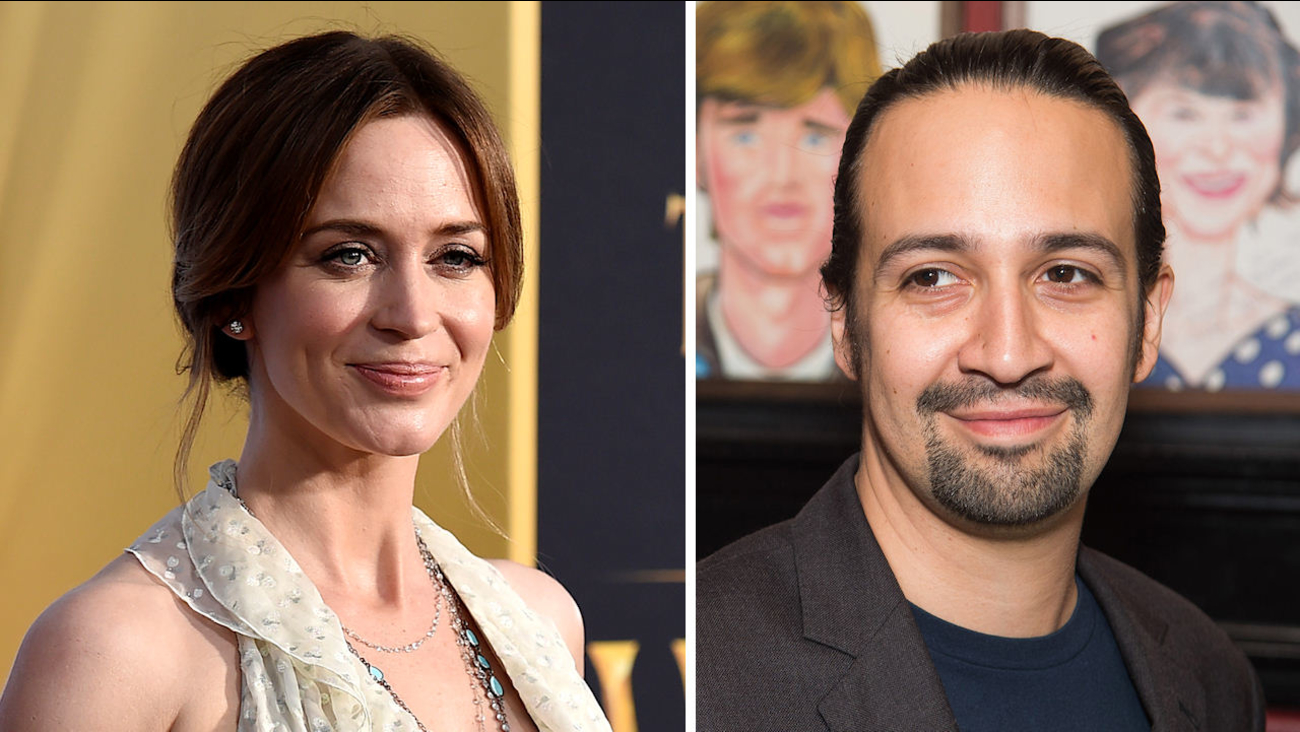 Emily Blunt and Lin-Manuel Miranda will star together in "Mary Poppins Returns," a sequel to the 1964 classic, which will be released on Dec. 25, 2018. (AP)

Walt Disney Studios announced Tuesday that "Into the Woods" star Emily Blunt would be taking over the part of the P.L. Travers-created nanny in a sequel to the 1964 classic, with "Hamilton" creator Lin-Manuel Miranda joining as a new character, Jack, the street lamplighter.

The film, entitled "Mary Poppins Returns," will center on a now-grown Michael Banks and his three children in the aftermath of a tragedy and the help they get from Mary Poppins and Jack in Depression-era London.

Rob Marshall is set to direct off of a script from "Finding Neverland" writer David Magee.