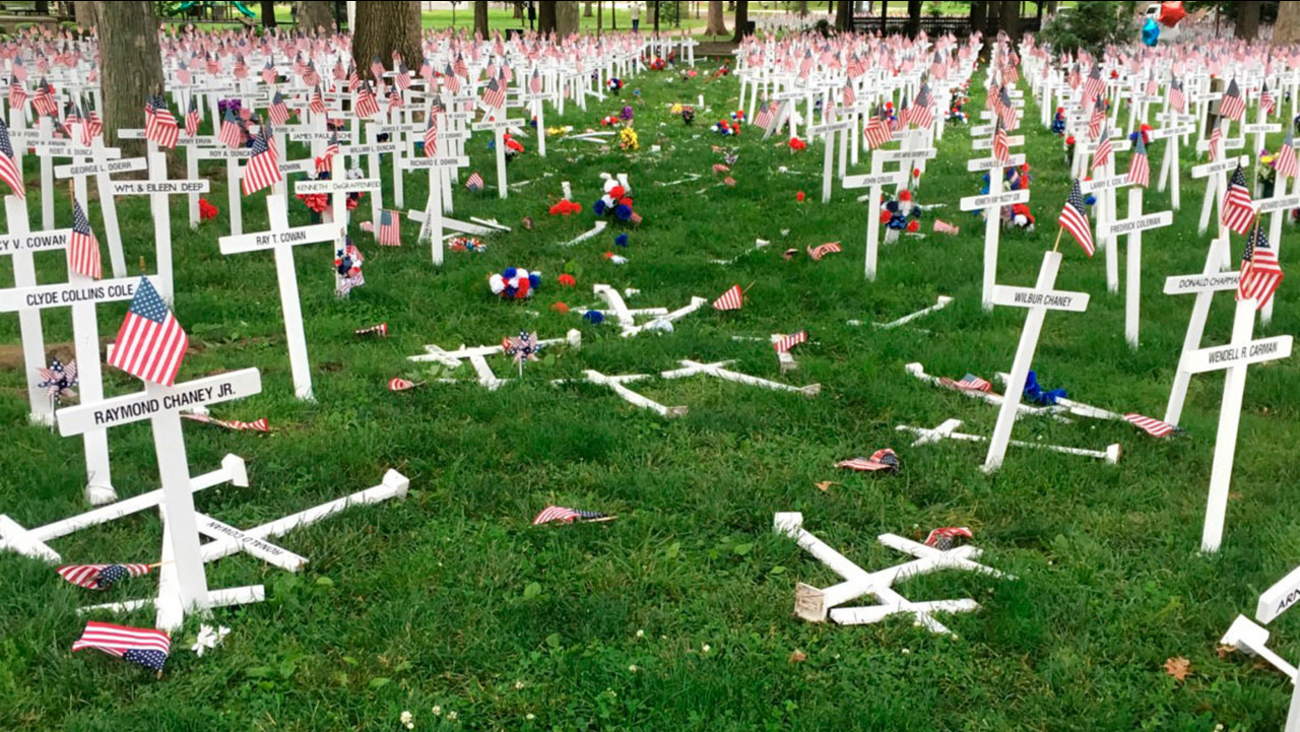 HENDERSON, KY -- Residents of a Kentucky county are rallying and working frantically to repair and replace a Memorial Day cross display that was damaged by a driver accused of plowing through the crosses.

The cross display in Central Park in Henderson, which is about 130 miles west of Louisville, honors the names of more than 5,000 who served in conflicts dating back to the Revolutionary War.

"It has really upset the entire community," said Jennifer Richmond, a spokeswoman for the Henderson city police department. "This is something you don't do. This is a form of desecration. These people served their country and then someone disrespected their memory in this way, and it's just totally unacceptable."

The names on the crosses, she said, represent soldiers who died in conflicts or veterans who returned home and later passed, all from the city and county of Henderson. Volunteers and the American Legion put the crosses up in May each year for a Memorial Day remembrance ceremony.

Police got a call just before 6 a.m. Saturday, Richmond said, alerting them that someone had driven through the display at the park.

"Our officers got there and saw that someone drove right through the crosses and essentially plowed them down," Richmond said.

Surveillance footage from nearby, she said, showed a late 1970s model Ford Thunderbird driving on a sidewalk.

The vehicle description, along with Facebook posts from concerned community members, led police to Anthony Burrus, a 27-year-old Henderson resident.

Burrus has been charged with criminal mischief in the first degree and leaving the scene of an accident. Online jail records do not list an attorney for him.

Some of the crosses were embedded in the tires of his vehicle, she said. Police don't know if he deliberately drove over the plastic crosses, she said.

"He said he didn't do it. He admitted to driving the vehicle in the morning but would not state that he drove through the park. But the evidence is in his car tires."

An estimated 160 crosses need to be repaired or replaced.

"We're hoping to have all of them replaced by Monday," said Richmond, who has relatives honored by crosses in the park. "But we don't know right now."