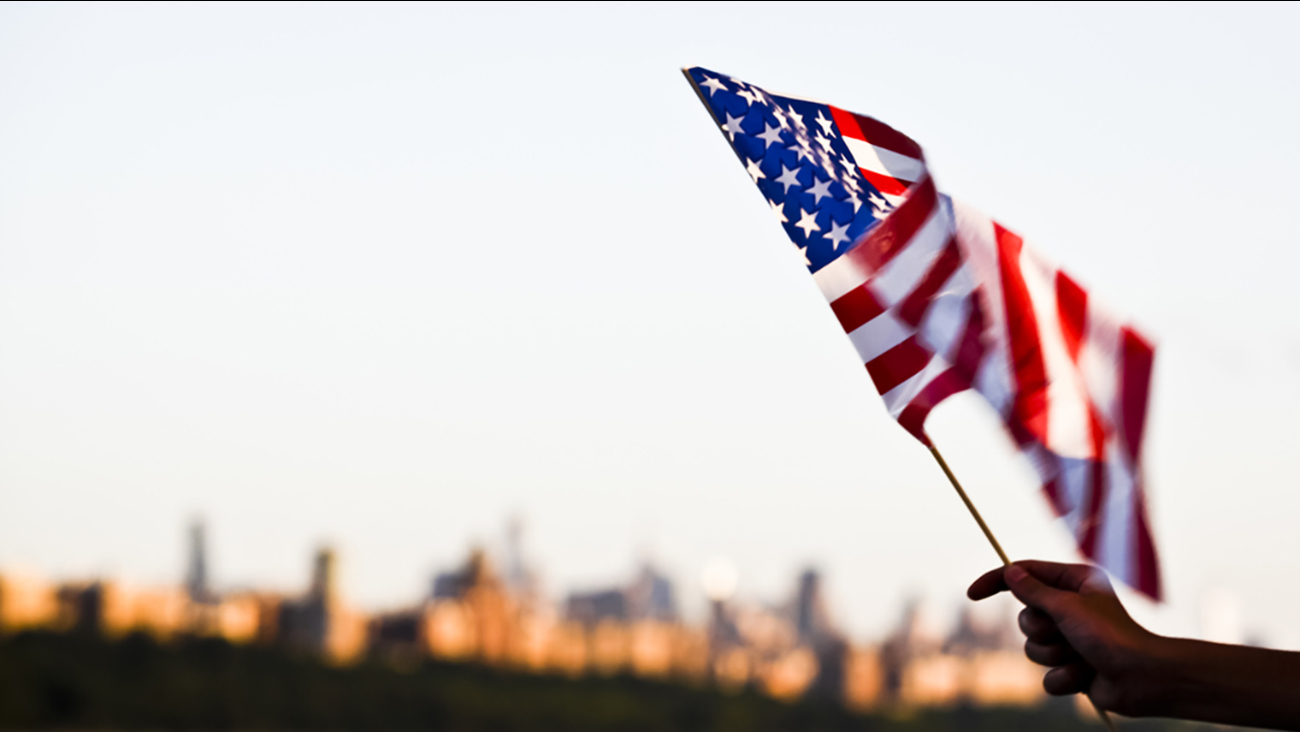 American flag during Independence Day on the Hudson River with a view at Manhattan. (Jan Willem van Hofwegen / Shutterstock)

WASHINGTON -- Two Republican senators said Thursday that they've scored a touchdown for taxpayers after the National Football League informed them that it is refunding more than $700,000 paid by the Defense Department to NFL clubs to honor military service members at league games and events.

Arizona Sens. John McCain and Jeff Flake had complained that the Pentagon spent more than $10 million in marketing and advertising contracts with professional sports teams between 2012 and 2015 for what the senators dubbed "paid patriotism."

Flake and McCain called for an end to the taxpayer-funded practice of sponsoring such military celebrations at games, an effort that is often used for recruiting efforts and community outreach. A report they issued last year found 72 contracts in which the Pentagon paid for patriotic tributes at professional sports games.

The senators said NFL Commissioner Roger Goodell notified them that an external audit to evaluate contracts between NFL clubs and the Pentagon identified $723,734 over four seasons that may have been mistakenly applied to appreciation activities rather than recruitment efforts. That amount is being returned in full to taxpayers, Goodell told the senators this week.

"In all the years I've spent trying to root out egregious federal spending, the NFL is the first organization to perform due diligence, take responsibility and return funds to the taxpayers," Flake said in a news release. "The NFL's response to this investigation sets a new standard and only strengthens its reputation as a supporter of military service members and veterans."

McCain also applauded the NFL's actions but said other sports leagues - including Major League Baseball, the National Hockey League, the National Basketball Association and Major League Soccer - should also conduct audits and return money to taxpayers or donate it to groups supporting service members and veterans.