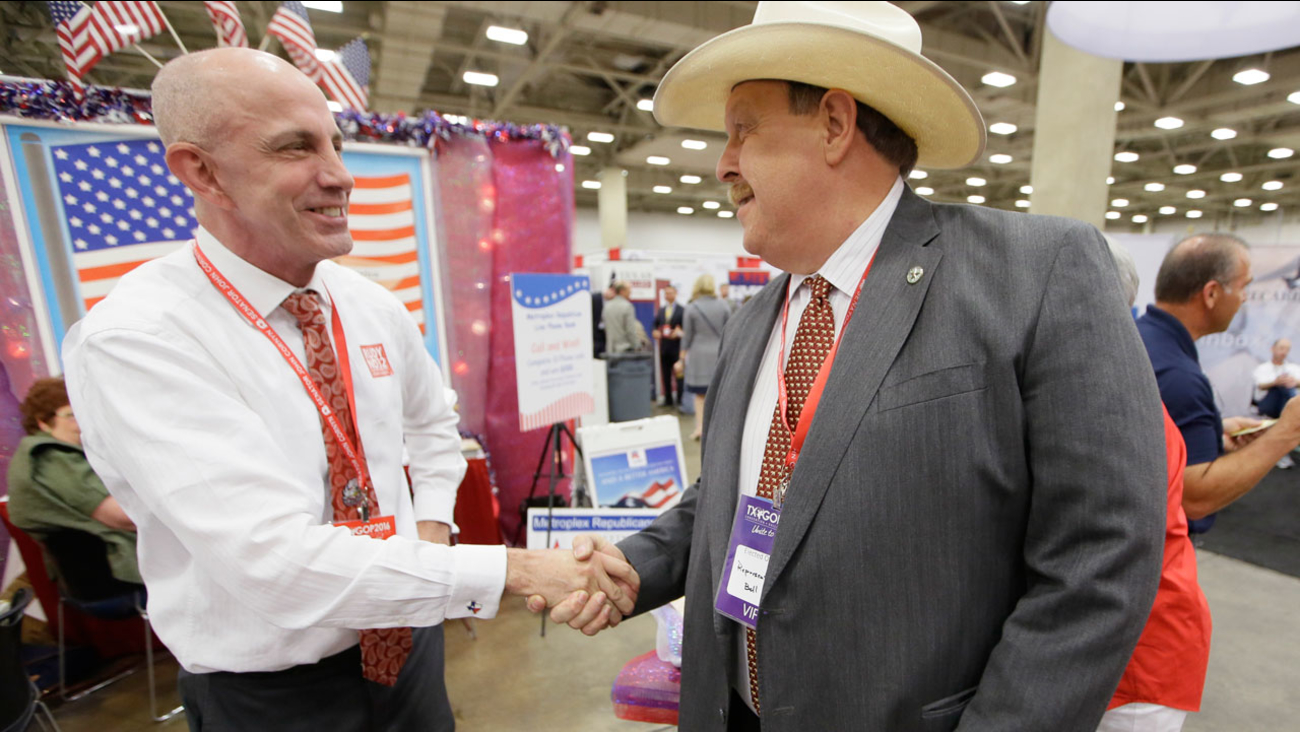 DALLAS, TX -- The Texas Republican Party considered a platform Friday that would soften support of widely rebuked "reparative therapy" for gays while still preserving some of the toughest anti-gay language on any party plank in the U.S.

The new platform also would oppose bathroom rights for transgender persons - an unsurprising move after the state's Republican lieutenant governor said Friday that Texas is ready to forfeit billions of federal dollars rather than comply with a new Obama administrative directive on transgender rights in public schools.

The Texas GOP came under national backlash in 2014 after endorsing psychological treatment that seeks to turn gay people straight. The American Psychological Association condemns such counseling, and New Jersey Republican Gov. Chris Christie signed a law banning it for minors.

Gays should still have access to "sexual orientation change efforts for self-motivated youth and adults," according to language that nearly 4,000 delegates were voting on Friday. But gone is fiercely contested wording in which the party currently recognizes the "legitimacy and efficacy" of the counseling "for those patients seeking healing and wholeness from their homosexual lifestyle."

Rudy Oeftering, leader of a gay Republican group in Dallas, said the rewording is a victory since the language no longer explicitly endorses the therapy as legitimate or effective.

"I can't really argue. It says if you want to try it, knock yourself out," Oeftering said. "I don't think it's going to work, but go for it."

Other decades-old, anti-gay language in the Texas GOP platform remains. Homosexuality is still described as a "chosen behavior" that "must not be presented as an acceptable alternative lifestyle." A push to strike that wording was only narrowly defeated by a handful of votes this week.

The Texas Republican Convention has long been unfriendly territory for gays, but Oeftering said this is the most welcome he has ever felt. The party allowed an openly gay organization a booth on the convention floor for the first time this year, and before the convention ends Saturday, Oeftering will campaign to become the Texas GOP's first openly gay delegate at the national convention.
Related topics:
politicsrepublicanscivil rightslgbt
Copyright © 2021 by The Associated Press. All Rights Reserved.
LGBT
LGBTQ+ community split over revising Rainbow Flag
Same-sex couples talk about the importance of marriage equality
Pronouns: Showing respect and inclusion
'Pose' donates set furniture to homeless transgender youth
TOP STORIES
13 Investigates increase in game-day crime near Astros ballpark
34-year-old now wanted in teen's road rage murder after Astros game
2 charged with aggravated sexual assault of child in Montgomery Co.
Study highlights link between COVID-19 and domestic violence cases
Storms moving away from Houston, more to come next week
DOJ sues TX over Abbott's order to pull over vehicles with migrants
Twin babies recover from respiratory syncytial virus amid pandemic
Show More
Summer travel plans may look different for those hitting the road
Disney joins list of companies requiring vaccine for nonunion workers
HISD superintendent shakes things up ahead of new school year
Houstonians weigh in on Abbott's migrant transportation order
Man accused of killing wife and shooting her 2 kids in Katy area
More TOP STORIES News