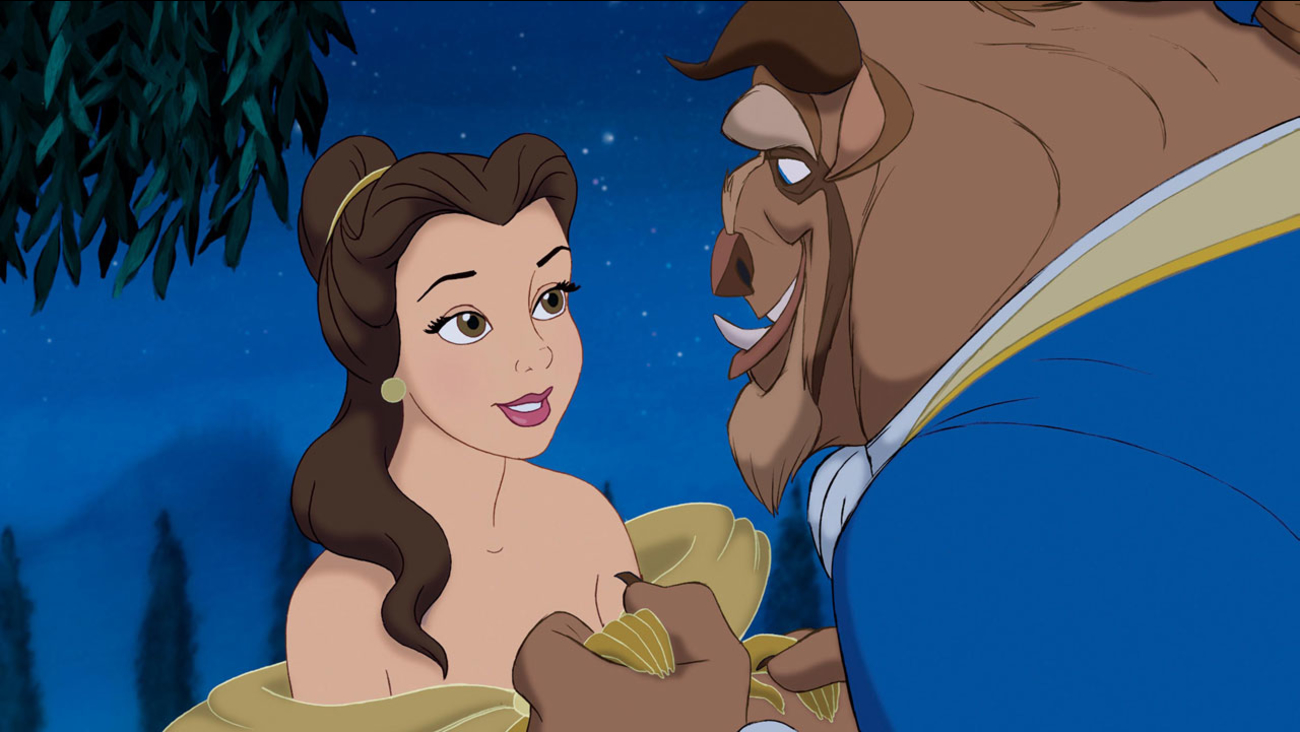 Characters Belle, voiced by Paige O'Hara, left, and the Beast, voiced by Robby Benson appear in a scene from the animated classic "Beauty and the Beast." (Disney via AP)

LOS ANGELES -- The Academy of Motion Picture Arts and Science is commemorating the 25th anniversary of Disney's animated classic "Beauty and the Beast" with a cast-and-crew reunion at its Beverly Hills headquarters that will include lead voice actors Paige O'Hara, Robby Benson and Angela Lansbury.

But there'll be one notable absence at the Monday night celebration - the film's Oscar-winning composer, Alan Menken. He's got a "Beauty" of an excuse, though: He's stuck in New York working on the new live-action version of the timeless tale.

"I would love to be there," explained the 66-year-old Menken in a weekend phone interview. "But I don't know how I get there and back without essentially losing two days of working on the 'Beauty and the Beast' movie.'"

That film, expected in theaters next year, casts Emma Watson (the Harry Potter series) and Dan Stevens ("Downton Abbey") in a musical version of the timeless tale, with Bill Condon ("Dreamgirls") directing. Menken is incorporating the 1991 film's songs, which he co-wrote with the late Howard Ashman, as well as composing new material with his "Aladdin" lyricist, Tim Rice.

Reflecting on the original "Beauty" - the first animated feature to be nominated for a best-picture Oscar and the first to gross more than $100 million in North America - Menken humbly credited Ashman, who worked on the film even as he was critically ill.

Ashman died in March 1991 at age 40 from complications of AIDS, eight months before the film's premiere.

"This, of all the projects, was the one that was infused with sort of that last flame of his talent and creativity and heart," Menken said. "And, I think, at some interesting level, that comes through in 'Beauty and the Beast.' It comes through in these tender moments."

Menken recalled how he and his wife "just wept" when they got to the film's closing credits and saw the dedication to Ashman: "It was just an incredibly intense, sad and beautiful time, and the film is a result of that."