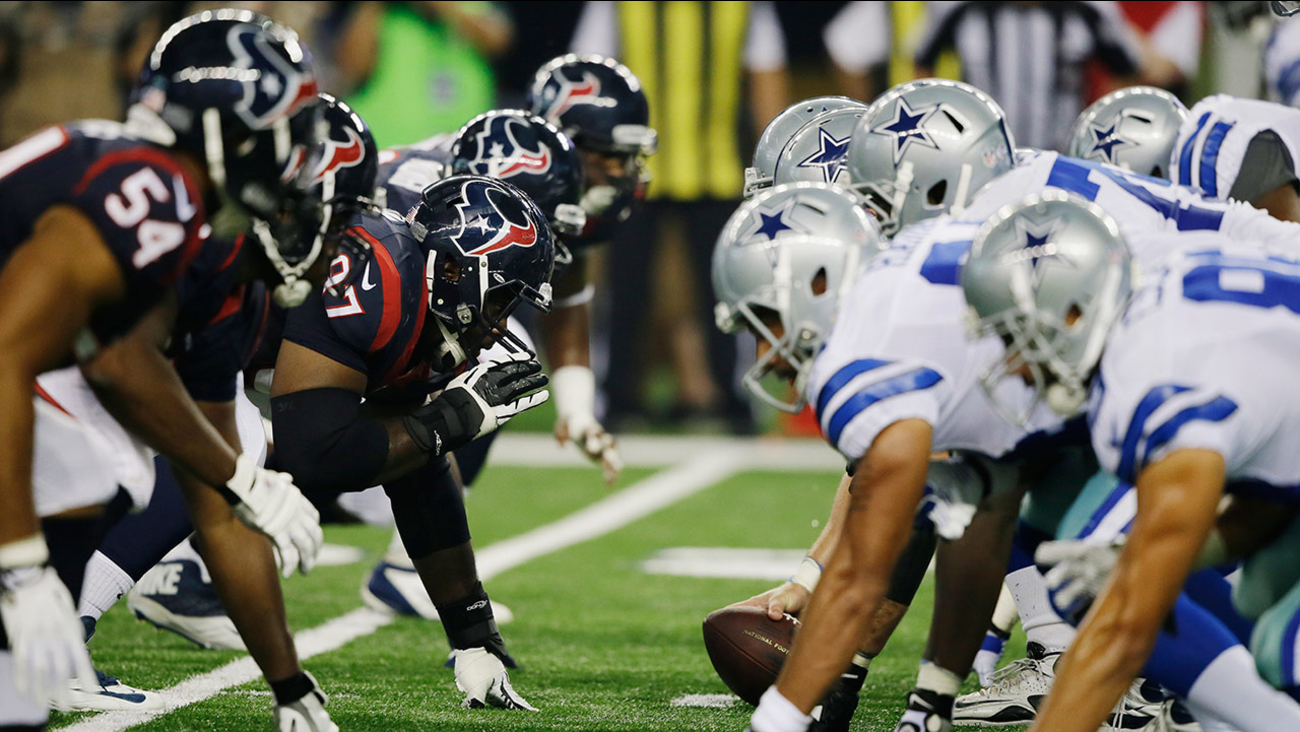 The Houston Texans and the Dallas Cowboys line up during the first half of a preseason NFL football game Thursday, Aug. 29, 2013, in Arlington, Texas. (AP Photo/Tony Gutierrez)

The Houston Texans announced the opponents for their 2016 preseason schedule today, and you can watch three of the games on abc13.

Houston will open the preseason against the San Francisco 49ers and close it against the Dallas Cowboys. The team will play its two home games in Preseason Weeks 2 and 3 against the New Orleans Saints and Arizona Cardinals.

The August 28 game against the Cardinals is at 3pm. The rest of the games have not yet been decided, but they all will be aired on abc13.
Related topics:
sportshoustonnrg parkhouston texans
Copyright © 2021 KTRK-TV. All Rights Reserved.
TOP STORIES
13 Investigates increase in game-day crime near Astros ballpark
2 charged with aggravated sexual assault of child in Montgomery Co.
34-year-old suspect wanted in teen's road rage murder
Study highlights link between COVID-19 and domestic violence cases
Less rain this weekend, more storms to come next week
DOJ sues TX over Abbott's order to pull over vehicles with migrants
Twin babies recover from respiratory syncytial virus amid pandemic
Show More
Summer travel plans may look different for those hitting the road
Disney joins list of companies requiring vaccine for nonunion workers
HISD superintendent shakes things up ahead of new school year
Houstonians weigh in on Abbott's migrant transportation order
Man accused of killing wife and shooting her 2 kids in Katy area
More TOP STORIES News