PayPal sign outside of the main entrance to an office building in San Jose, Calif. (AP Photo/Jeff Chiu)

CHARLOTTE -- PayPal says it is withdrawing plans for expansion in Charlotte following the passage of North Carolina's controversial House Bill 2.

The law, approved by the Republican legislature and GOP Gov. Pat McCrory, responded to a Charlotte City Council ordinance approved in February that would have extended protections to gays and lesbians as well as bisexual and transgender people while at hotels, restaurants and stores. Charlotte also would have allowed transgender people to use the restroom aligned with their gender identity.

President and CEO of PayPal Dan Schulman said in a statement that two weeks ago, PayPal announced plans to open a new global operations center in Charlotte and employ over 400 people in skilled jobs.

"In the short time since then, legislation has been abruptly enacted by the State of North Carolina that invalidates protections of the rights of lesbian, gay, bisexual, and transgender citizens and denies these members of our community equal rights under the law," he wrote. "The new law perpetuates discrimination and it violates the values and principles that are at the core of PayPal's mission and culture. As a result, PayPal will not move forward with our planned expansion into Charlotte."

Schulman said the company will seek an alternative location for their operations center, and remain committed to working with the LGBT community in North Carolina to overturn "this discriminatory legislation, alongside all those who are committed to equality."

Several CEOs at other major corporations, as well as political leaders, have also voiced their opposition to the bill. 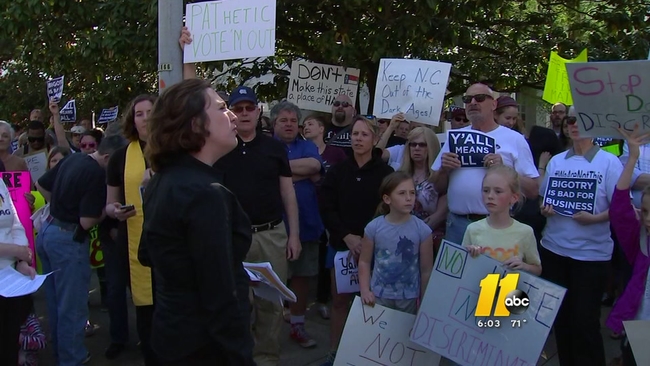