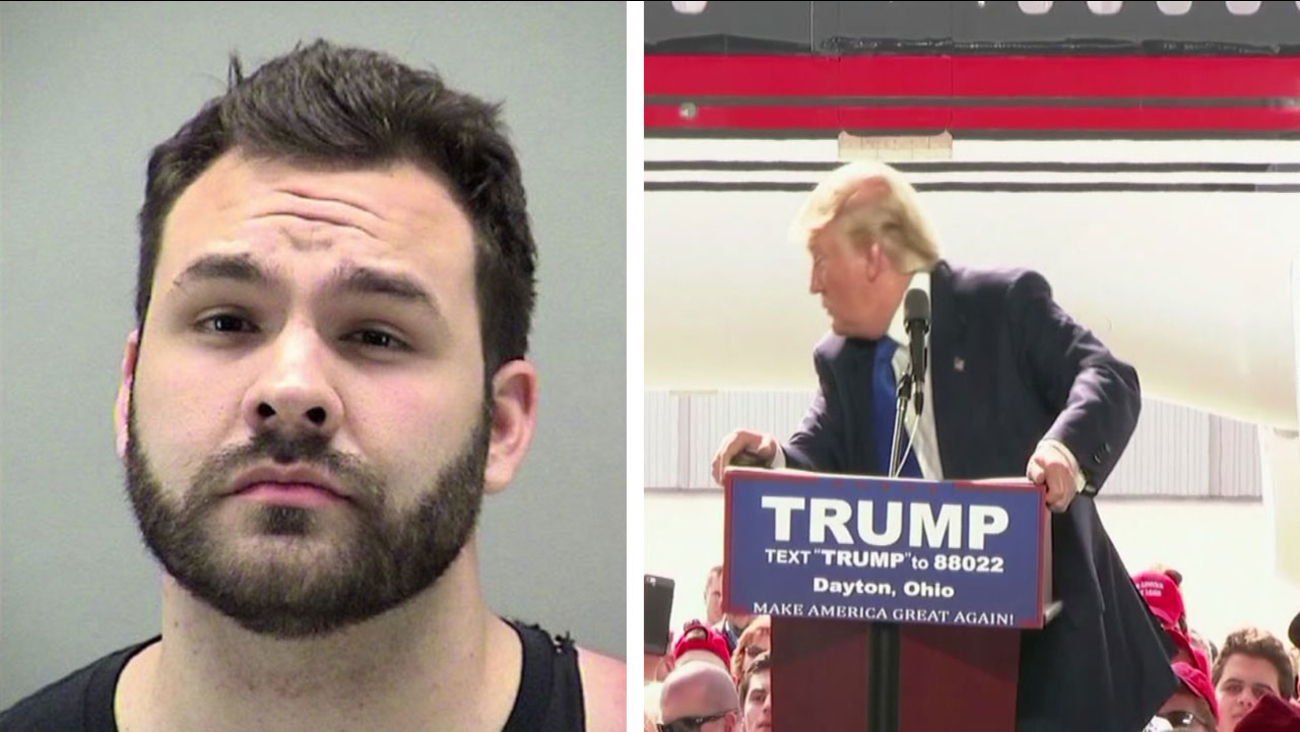 MONTGOMERY COUNTY, OH (KTRK) -- A man accused of rushing the stage at a Donald Trump rally will appear before a federal judge again.

Thomas Dimassimo, 22, is accused of breaching security in an attempt to rush the stage during a rally in Vandalia, Ohio in early March.

Dimassimo has been charged in a federal court.

A protestor was punched as he was being led out of a Donald Trump rally in Arizona Sunday.