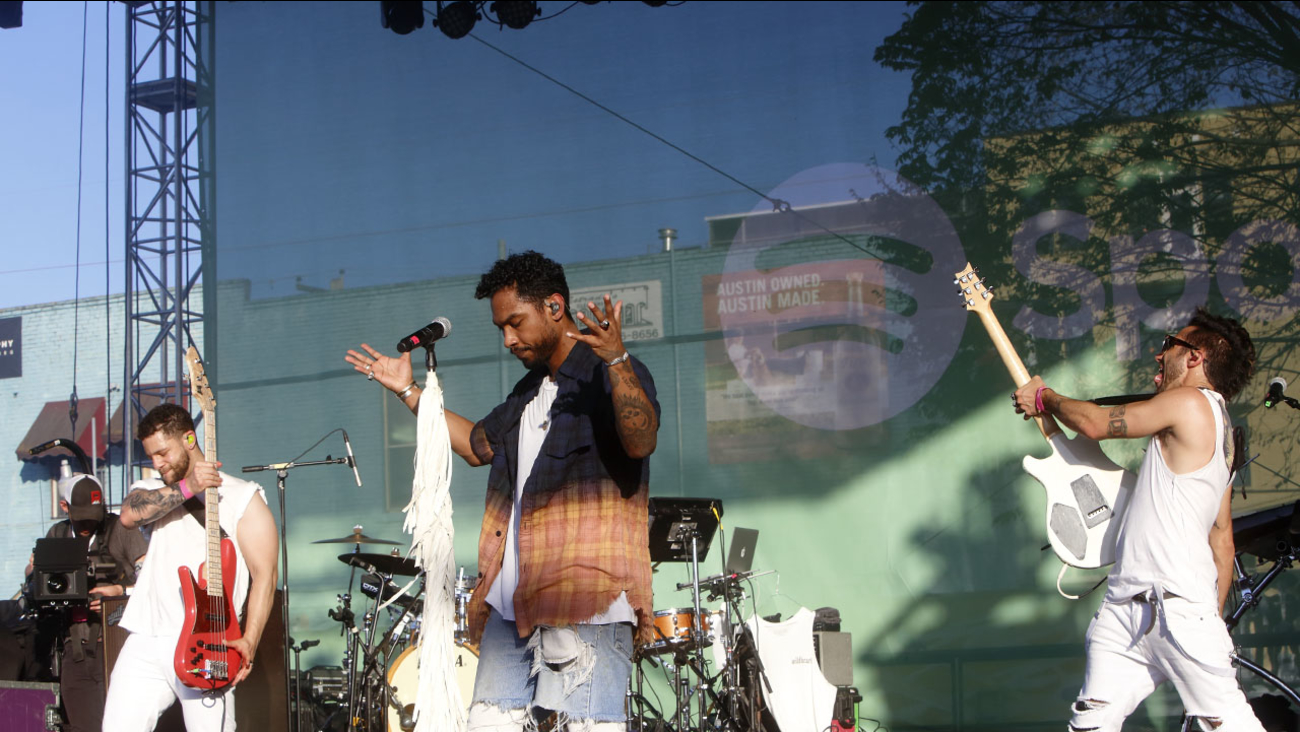 Miguel performs at the Spotify House at South by Southwest Music Festival on Monday, Mar. 14, 2016, in Austin, TX. (Photo by John Davisson/Invision/AP)

AUSTIN, TX -- As the music universe orbits Austin again this week for SXSW, the "Live Music Capital of the World" is losing its cool - or at any rate, fretting about losing the bands and clubs that make it such.

Anxiety is rising among politicians, SXSW organizers and $5-cover venues over runaway rent prices squeezing the cultural backbone of Austin, the fastest-growing big city in the U.S., where performers including Lil Wayne and Jamie xx will flock starting Monday at a time of unease in the famed music scene over what locals leaders call an unaffordability crisis.

Mayor Steve Adler this month promised help for struggling musicians from City Hall - a sleek plaza on a redeveloped block of trendy shops, which chased off the iconic rock venue Liberty Lunch and is now shadowed by $1 million condos at the W Hotel. Adler has embraced a recent study, commissioned by an Austin advocacy group for local musicians, which estimated that 1,200 jobs in the music industry have been lost since 2010.

Whether those figures are on the mark, Austin leaders say landmark clubs that closed recently in the face of 40 percent rent hikes and an affordable housing crunch are clear distress signs for a city home to Grammy-winner Patty Griffin, guitar virtuoso Gary Clark Jr. and indie heroes Spoon.

"You don't get to be the live music capital of the world if you've lost all your artists," Adler said.

Any frailty won't be obvious to SXSW goers.

The weeklong festival is as big as ever with 2,100 bands overrunning Austin for six days. Big acts this year include The Strokes, The Roots and The Avett Brothers. First lady Michelle Obama will also deliver a speech Wednesday on education for girls, following her husband's first SXSW visit last week that gridlocked downtown.

"We see our fault lines that, left unchecked, existentially threaten the creative ecosystem in Austin," said Brad Spies, SXSW's brand director, about the concerns of affordability. "When people come to Austin they notice a lot of new buildings, a lot of new construction. But I like to think the soul of Austin is still here."

A drunken driver who plowed into a crowd of SXSW concertgoers in 2014, killing four people, left Austin exposed to criticism that it allowed the 30-year-old festival to grow too big and unruly. But the study by Austin Music People found that SXSW and other music festivals since are now bigger economic drivers than the local music scene.

Those festival crowds strain a city already bursting at the seams: Behind a booming tech sector, Austin has added more than 120,000 new residents since 2010, according to U.S. Census data. The average one-bedroom apartment is a median $1,140 a month, which is still cheaper than Portland or Baltimore but nearly 12 percent more than a year ago, according to Zumper.com.

Adler now has the city exploring gratuity lines for musicians on bar tabs and ordinances to stop new high-rises from lashing venues with noise complaints. But direct financial incentives, like tax breaks to club owners, aren't on the table.

Sabrina Ellis, who fronts the Austin rock bands A Giant Dog and Sweet Spirit, wonders whether the city could provide reduced-cost housing to musicians. But the singer and guitarist, whose bands are two of the biggest local headliners of SXSW, also takes a brighter view on the state of Austin music: She says bands can still find stages to play and that she doesn't have "much to be mad about right now, that isn't the same struggle anyone who's broke would be in."

Still, when she sees developers tearing down homes near her apartment on the gentrifying east side, it makes her wonder if her rent is about to creep up.

"If all the dairy farmers in Wisconsin were having trouble staying there, I would hope Wisconsin would do something to protect the fact that they send cheese to everyone in the world," she said.

Southwest Freeway closed for big demolition project
22-year-old reported missing after leaving her SW Houston home
How Texas' senators voted on stimulus bill and why
Dozens of plants that weren't ready for 2011 storm failed again in 2021
Meet the 27-year-old Houstonian competing on American Idol
Show More
Smoke seen near La Marque is part of a planned burn
How do lightning and severe storms form?
Leaders discuss getting George Floyd Act on Pres. Biden's desk
Woman's body found in SW Houston hotel room
What to expect to get from the $1.9 trillion Senate stimulus
More TOP STORIES News