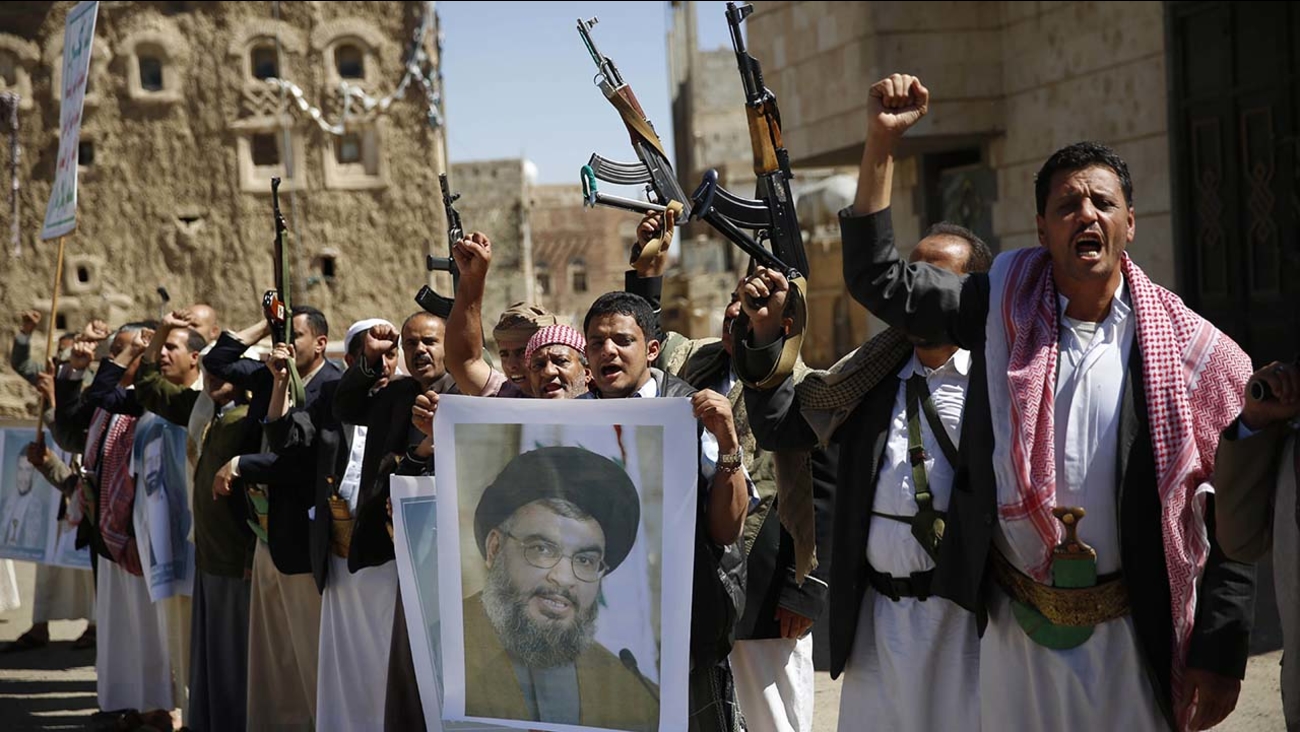 Shiite rebels, known as Houthis, hold a poster of Hezbollah leader Sheikh Hassan Nasrallah during a gathering to show their support to Hezbollah in Sanaa, Yemen (AP Photo/Hani Mohammed)

The officials say that the gunmen raided the home for the elderly on Friday, separating the nuns from the others and then shooting them. They later handcuffed the elderly people and opened fire.

The officials spoke on condition of anonymity because they were not authorized to speak to the press.

The home is located in the Sheikh Osman district in Aden.

Islamic State group has claimed responsibility for a wave of deadly attacks in Aden, including a suicide bombing that killed the governor and several assassination attempts on top officials.
Related topics:
gun violenceu.s. & worldyemen
Copyright © 2021 by The Associated Press. All Rights Reserved.
More Videos
From CNN Newsource affiliates
TOP STORIES