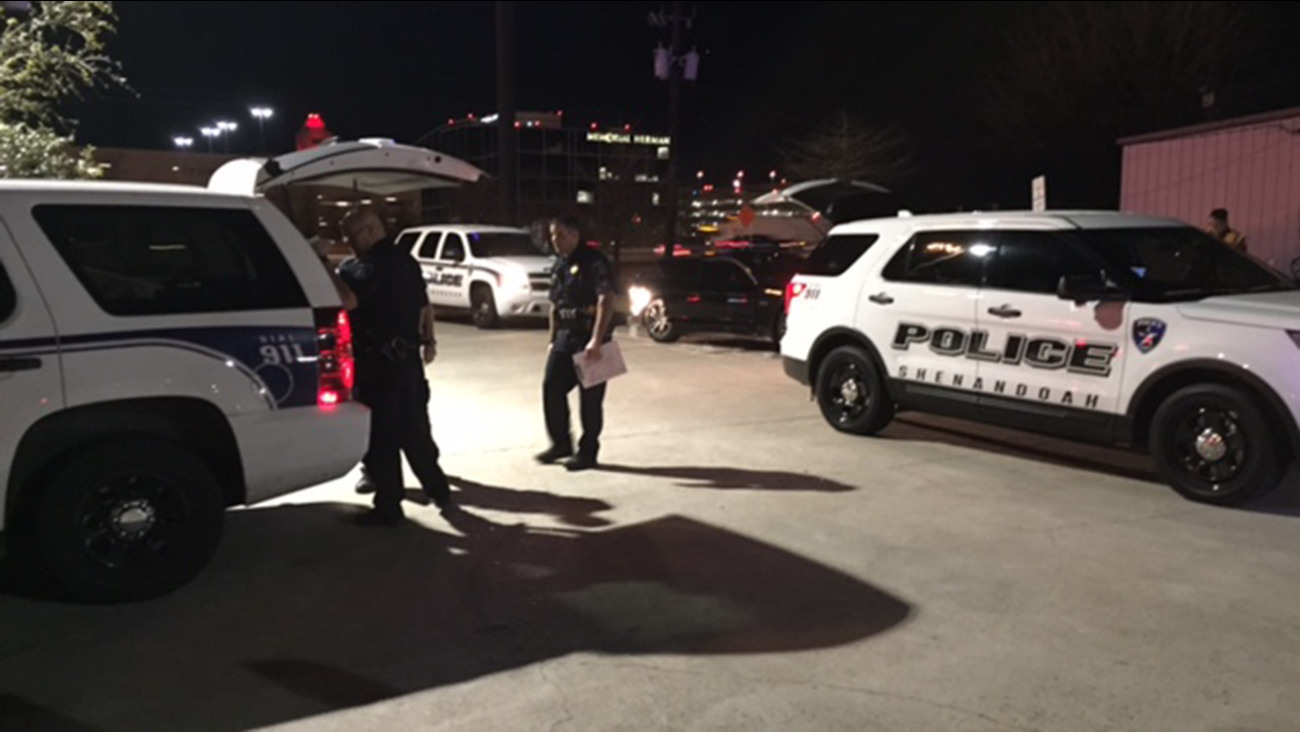 HOUSTON (KTRK) -- A car chase in north Harris County ended with the arrest of two car burglary suspects, one of whom was wearing a tracking device.

Shenandoah police say they saw two suspects trying to burglarize a car at a popular seafood restaurant. Police tried to stop them, but the suspects jumped into a car and drove off, sparking the chase.

Officials say the suspects were driving as fast as 80 miles per hour on the southbound shoulder of Interstate 45. Traffic slowed them down and eventually brought the chase to an end.

Two suspects inside the car were arrested. Police say one of them is a documented gang member and the other was wearing an ankle monitor. Both were wanted for felony warrants and now likely face charges of burglary of a motor vehicle and evading arrest.

Keep checking back on this page to get real-time updates as this story unfolds. To get alerts for breaking news, download the ABC-13 news app for iPhone or Android. You can also get breaking news alerts sent to you by email.
Related topics:
houston
Copyright © 2021 KTRK-TV. All Rights Reserved.
More Videos
From CNN Newsource affiliates
TOP STORIES

Storms for some this morning, much more to come
151 arrests made so far in 'Go Topless Jeep weekend'
Wife says India the tiger belongs to her husband Victor Cuevas, HPD says
Young Leukemia survivor implodes Austin flyover in Make-A-Wish opportunity
Houston students get vaccine in hopes of returning to school next year
Show More
1 hospitalized after home's patio collapses in northeast Houston
A recap of the news for Sunday, May 16
Kobe Bryant inducted posthumously into Hall of Fame
Vehicle flies off overpass, falls 30 feet and driver expected to survive
Pedestrian killed by suspected intoxicated driver in west Harris Co.
More TOP STORIES News