Rand Paul ends his bid for the Republican nomination for president 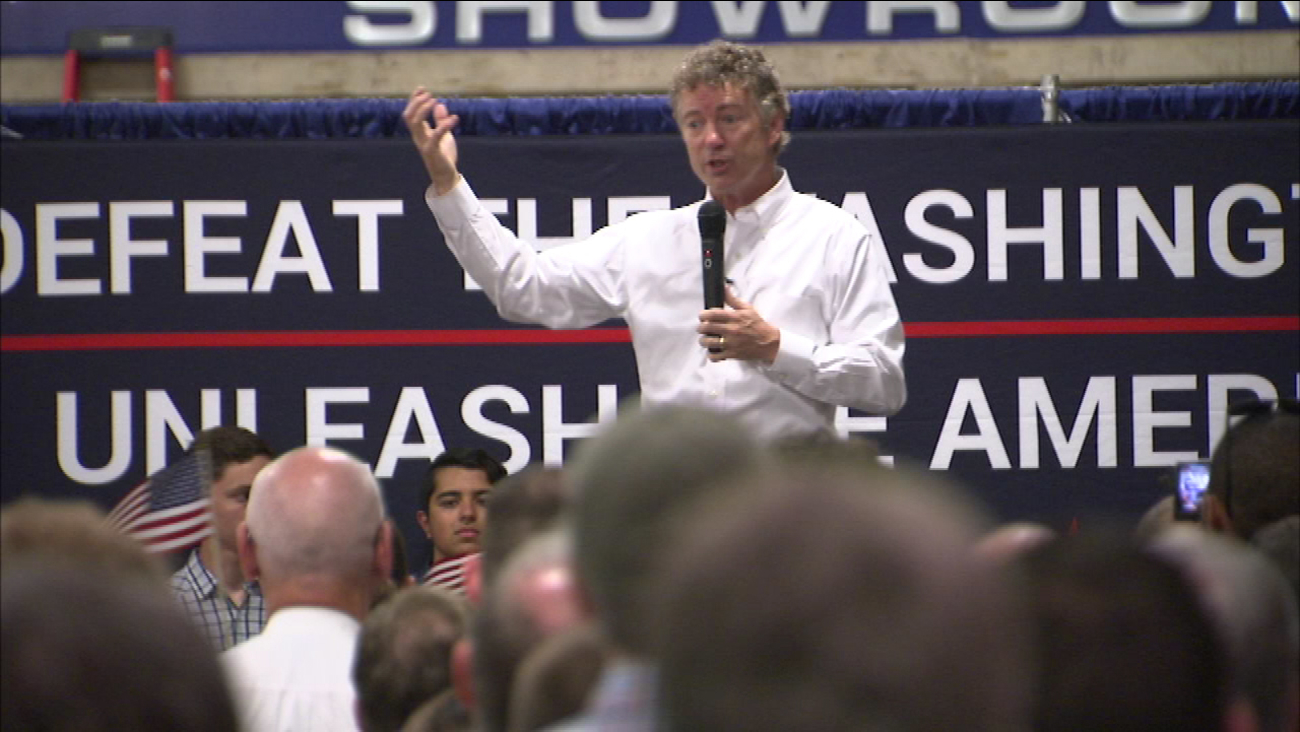 Republican Senator Rand Paul of Kentucky told a north suburban audience that if he is elected president, tax returns would be one page long.

WASHINGTON -- Rand Paul is dropping out of the 2016 race for president.

Campaign spokeswoman Eleanor May confirmed his decision Wednesday to The Associated Press, saying a statement would be forthcoming.

The first-term senator from Kentucky exits the race having never caught on with Republican voters, who have made billionaire businessman Donald Trump the front-runner in the race for the party's nomination.

Paul was determined to improve the GOP's popularity among younger voters and minorities. But his message failed to catch on and his appeal never broadened beyond the small group of libertarian-leaning Republicans that backed the previous White House bids of his father, Ron Paul.

He is now expected to turn his full attention to his Senate re-election campaign in Kentucky. The 52-year-old ophthalmologist is favored to win that race.
Related topics:
washingtonu.s. & world
Copyright © 2021 by The Associated Press. All Rights Reserved.
More Videos
From CNN Newsource affiliates
TOP STORIES