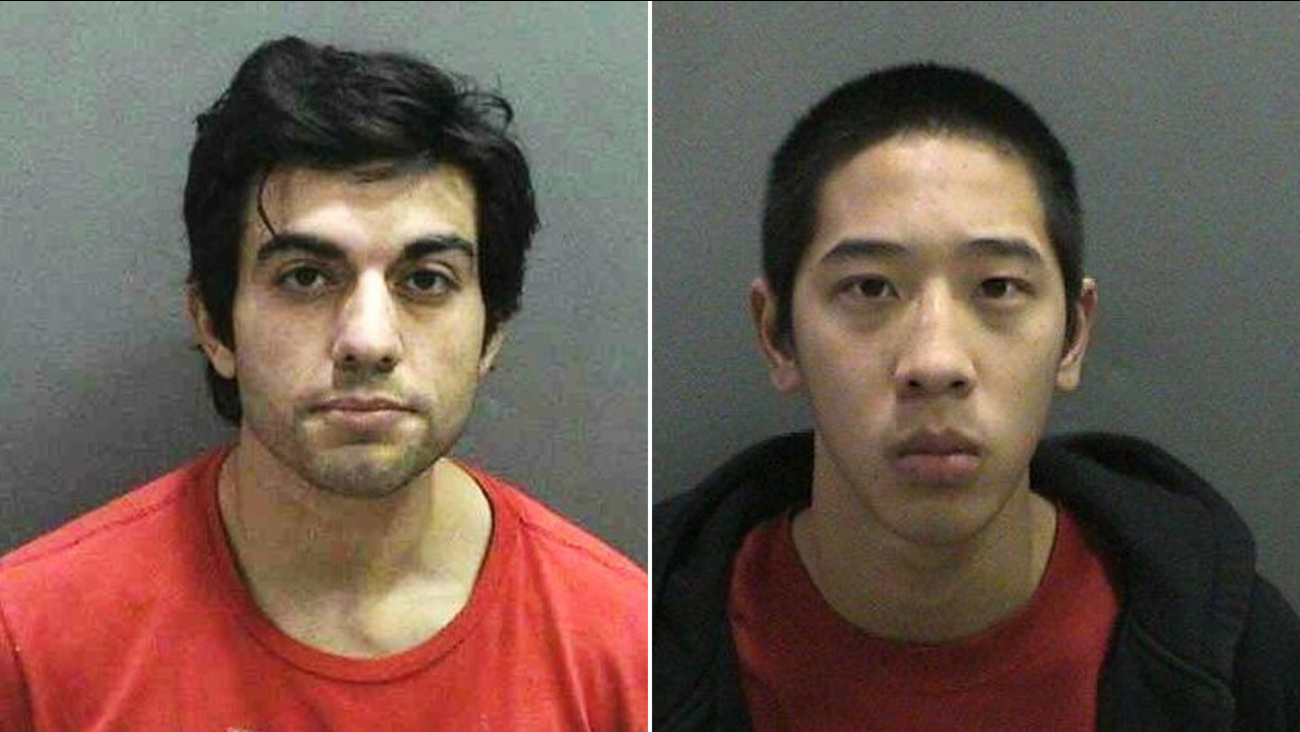 SAN FRANCISCO, CA -- Two inmates who remained at large after breaking out of a California jail more than a week ago have been arrested, Orange County sheriff's officials said Saturday.

Jonathan Tieu, 20, and Hossein Nayeri, 37, were in the custody of the San Francisco Police Department, the Orange County sheriff's department said on its Twitter feed. A news conference was scheduled for noon.

Authorities had been hunting for Tieu, Nayeri and a third inmate, 43-year-old Bac Duong, in Southern California since they pulled off a brazen jail escape on Jan. 22.

On Friday, Duong walked into an auto repair shop and said he wanted to surrender. He told investigators he had last seen the other two inmates Thursday afternoon in San Jose, shifting the manhunt 400 miles to the north.

The three men had all been jailed and awaiting trial on charges in separate violent crimes. They were held in a dormitory with about 65 other men in the jail about 30 miles southeast of Los Angeles.

The men escaped in the early morning hours after cutting a hole in a metal grate then crawling through plumbing tunnels and onto the roof of a four-story jail building.

They pushed aside barbed wire and rappelled down using a rope made of bed linen.

It took jail staff 16 hours to realize the three men were missing.

On Thursday, authorities arrested a woman who taught English inside the jail. Nooshafarin Ravaghi, 44, gave Nayeri a paper copy of a Google Earth map that showed an aerial view of the entire jail compound, Hallock said.

She was booked on suspicion of being an accessory to a felony and was being held pending a court appearance set for Monday.

It wasn't clear if she had a lawyer.

Ravaghi and Nayeri also exchanged "personal and close" handwritten letters, but sheriff's spokesman Lt. Jeff Hallock could not say if the two were romantically involved.

Duong, a native of Vietnam, has been held since last month on charges of attempted murder and assault with a deadly weapon.

It was the first escape in nearly three decades from the Central Men's Jail, built in 1968, that holds 900 men.

Tieu is charged with murder and attempted murder in a 2011 gang shooting. Nayeri had been held without bond since September 2014 on charges of kidnapping, torture, aggravated mayhem and burglary.