Grab a slice (or two) on National Pie Day 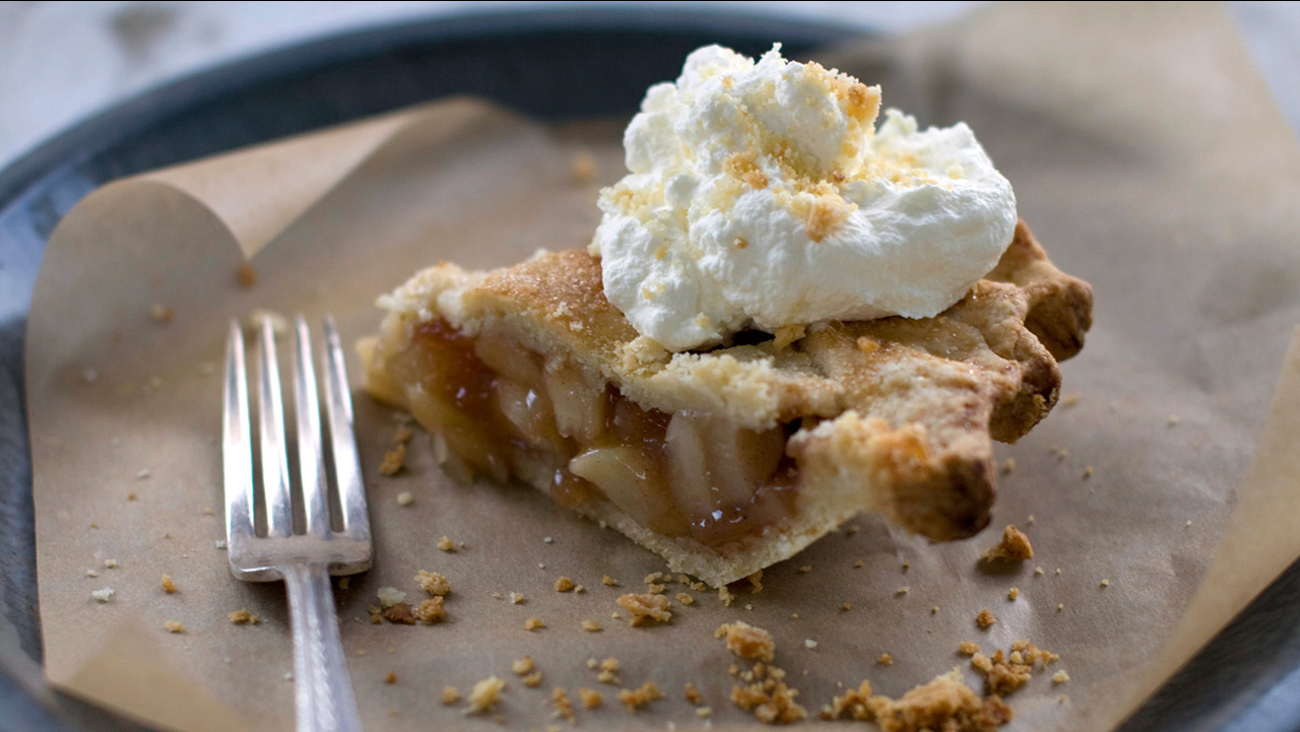 This Sept. 19, 2011 photo shows classic lattice apple pie in Concord, N.H. The key to this recipe is to slightly cook the apples before spooning them into the unbaked crust. (AP Photo/Matthew Mead)

With such delicious varieties as these, there is much to celebrate on this National Pie Day.

And we're not talking about the Greek letter 'Pi,' which represents the ratio of a circle's circumference.

We're talking about "the most traditional of American desserts," according to the American Pie Council.

The first National Pie Day was celebrated back in 1986, and 30 years later, we're still clamoring for our piece.

The early Romans were the first to create pies, but back then they were made of mostly meat.

When pie arrived in America with the first English settlers, the crust wasn't eaten. Instead, it was just used to hold the filling during baking.

The American Pie Council says there are 231 varieties of apple pie.

Apple, by the way, is the favorite of 36 million Americans.

Today, pie is so much a part of the American culture, we use the term "as American as apple pie."