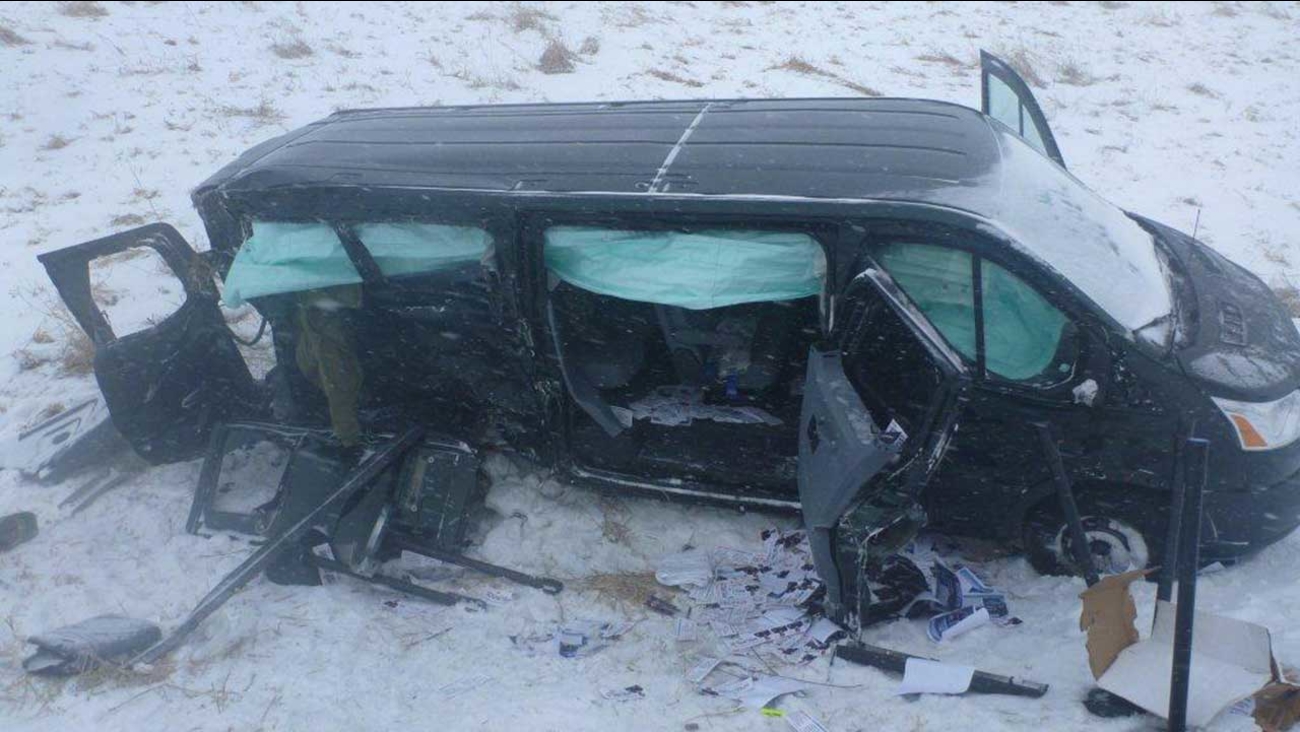 Ben Carson made the announcement on Twitter and his campaign released a statement.

According to the Carson campaign, a van transporting three student volunteers and a campaign field director, "hit a patch of ice and flipped on its side where it was struck by another vehicle."

One student volunteer, Branden Joplin, died from his injuries at the trauma center in the University of Nebraska Medical Center.

Rest In Peace Braden Joplin. Our thoughts and prayers are with his family. pic.twitter.com/p87TCnD44p

The others were treated at a hospital in Atlantic, Iowa, and will be released later Tuesday.

I'm suspending all campaign activities today due to a car accident involving members of our team. Full statement: https://t.co/Uf9HZrn2P6

The Iowa Department of Transportation reported highways around Atlantic were completely covered in ice or snow at the time of the crash.
Related topics:
politicsiowacar crashben carsonaccident
Copyright © 2021 KTRK-TV. All Rights Reserved.
More Videos
From CNN Newsource affiliates
TOP STORIES