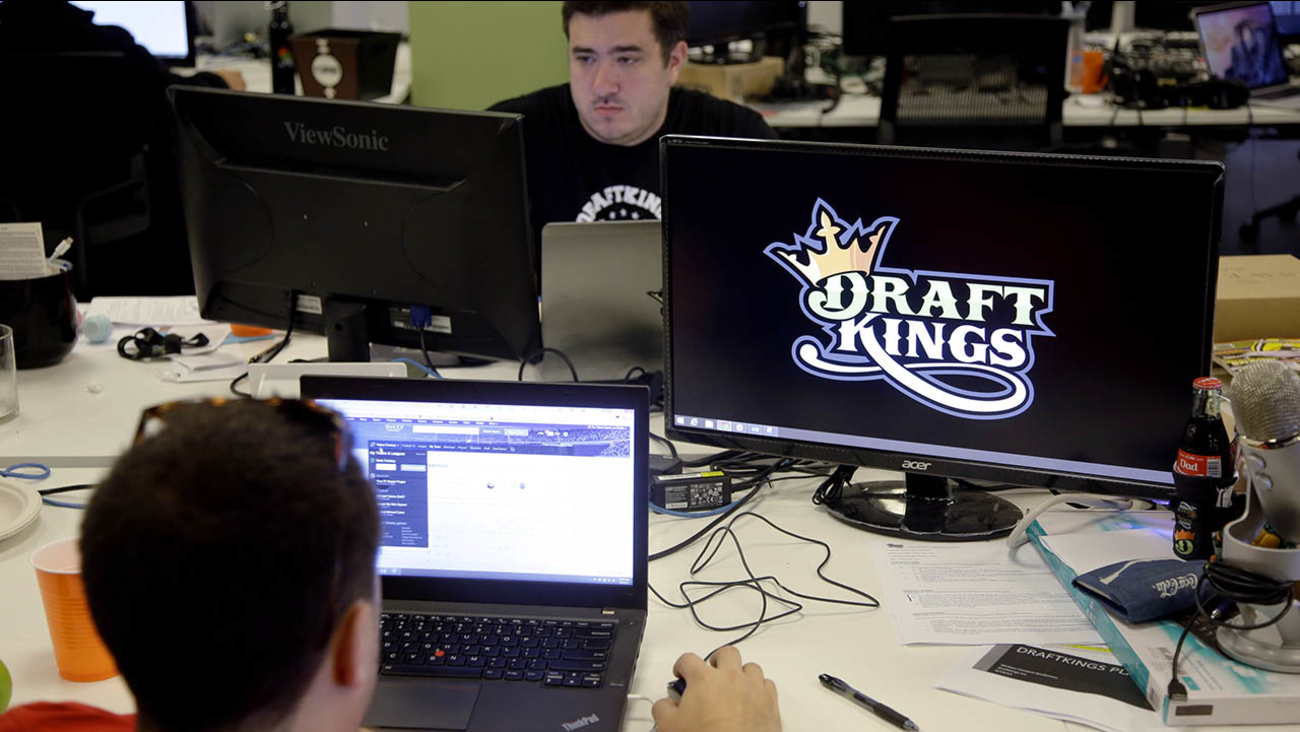 In this Sept. 9, 2015,photo, Len Don Diego, marketing manager for content at DraftKings, a daily fantasy sports company, works at his station at the company's offices in Boston. (Stephan Savoia, File)

Paxton's statement read, in part, "Paid daily 'fantasy sports' operators claim they can legally operate as an unregulated house, but none of their arguments square with existing Texas law. Simply put, it is prohibited gambling in Texas if you bet on the performance of a participant in a sporting event and the house takes a cut."

Paxton's office says the sites are "also wrong in claiming an actual-contestant exception, which applies only to contestants in an actual skill or sporting event."

The statement notes that unlike some other states, Texas law only requires "partial chance" for something to be gambling, adding that the law does not require that chance predominate.

Paxton's office says that his opinion issued today to a legislative inquiry clarifies that traditional fantasy sports leagues are, as a general rule, legal under Texas law. In those leagues, participants generally split any pot among themselves, so there is no house that takes a cut.

"We strongly disagree with the Attorney General's prediction about what the courts may or may not do if ever presented with the issue of whether daily fantasy sports are legal under Texas law. The Texas Legislature has expressly authorized games of skill, and daily fantasy sports are a game of skill. The Attorney General's prediction is predicated on a fundamental misunderstanding of DFS. We intend to continue to operate openly and transparently in Texas, so that the millions of Texans who are fantasy sports fans can continue to enjoy the contests they love."