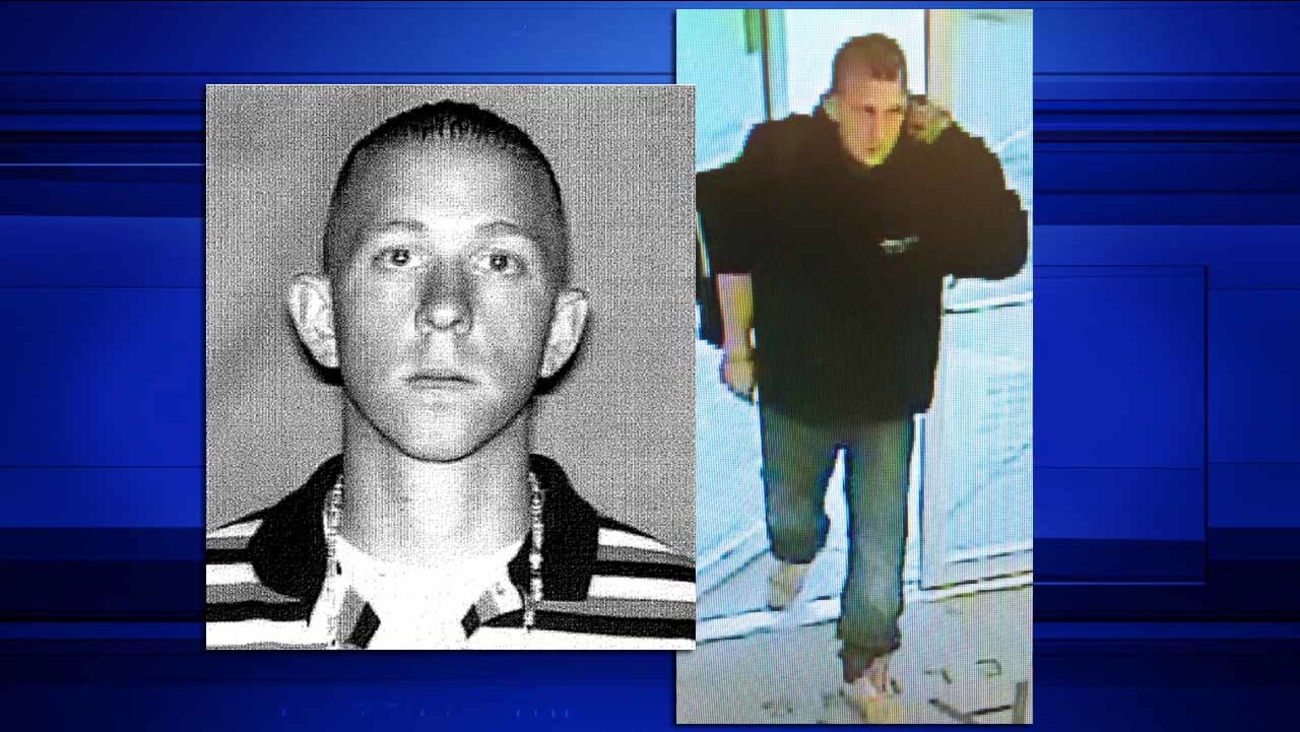 ROSENBERG, TX (KTRK) -- Police are on the search for a man believed to have held up a local Rosenberg jewelry store Saturday evening.

Rosenberg police believe 32-year-old Shaun Matthew McGuigan entered the Kay Jewelers, located in the 24100 block of Commercial Driver, and demanded money. Police were dispatched to the jewelry store at 5:36pm in reference to the aggravated robbery.

According to police, McGuigan removed a hammer from a black duffle bag and started to strike the counter-top until store workers complied with his demands.

Police said he was able to obtain an undisclosed amount of money and escaped in an older model tan Ford Explorer with a stolen Texas license plate of CNN2002.

McGuigan is described as a white male, wearing blue jeans and a black hooded sweater. He has family in Rosenberg and has an extensive criminal record ranging from burglary to assault on a public servant, according to police.