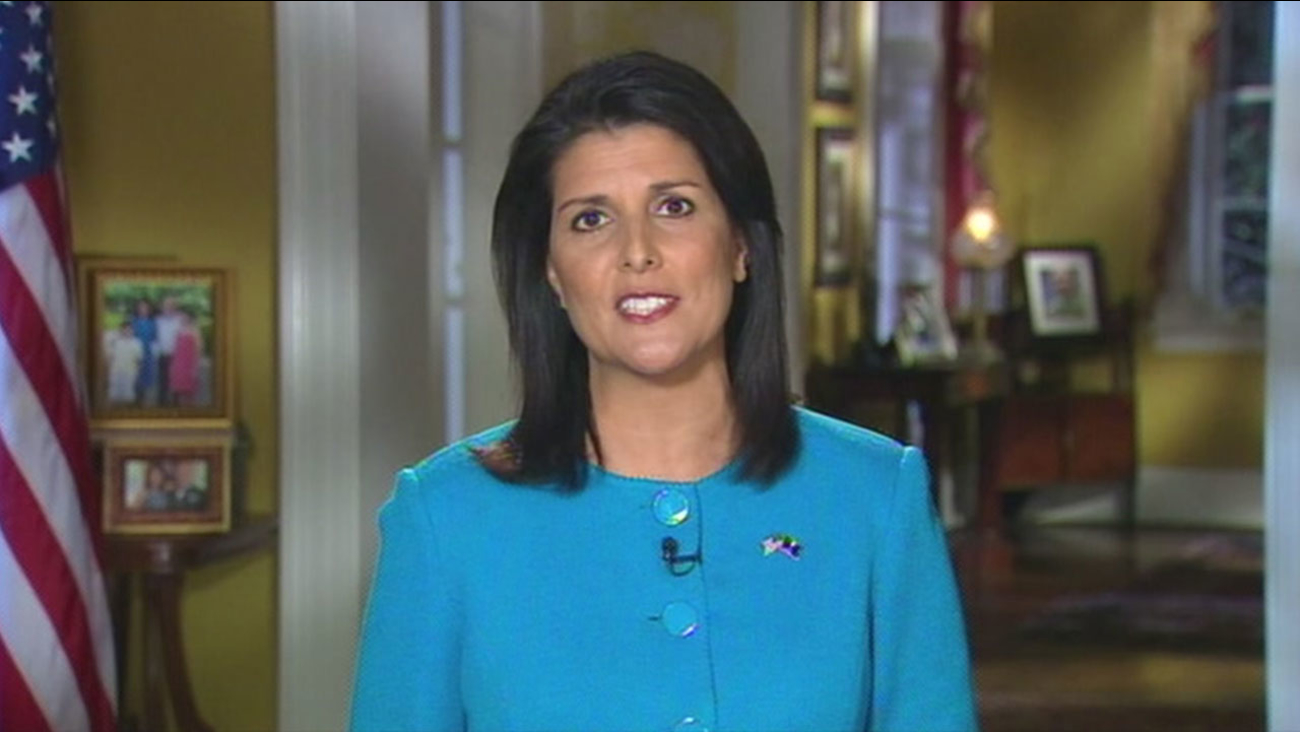 WASHINGTON -- Americans should resist "the siren call of the angriest voices" in how the nation treats immigrants, South Carolina Gov. Nikki Haley said as the GOP used its formal response to President Barack Obama's State of the Union address to try softening the tough stance embraced by some of its leading presidential candidates.

The State of the Union, as a Wes Anderson film.

Haley, herself the U.S.-born daughter of Indian immigrants, said Tuesday that the country is facing its most dangerous security threat since the terrorist attacks of Sept. 11, 2001. That was a reference to the Islamic State group, which has taken credit for attacks in Paris and elsewhere and may have inspired last month's mass shooting in San Bernardino, California.

"During anxious times, it can be tempting to follow the siren call of the angriest voices," she said in her prepared remarks. "We must resist that temptation."

Haley did not mention the GOP presidential race. But the front-runner so far, Donald Trump, has called for deporting millions of immigrants in the U.S. illegally. Two other contenders, Sens. Marco Rubio, R-Fla., and Ted Cruz, R-Texas, have battled over which of them has the tougher record on the issue.

No one who works hard and follows the laws "should ever feel unwelcome in this country," she said.

Mentioned by some as a potential vice presidential candidate, Haley said the U.S. should continue admitting "properly vetted legal immigrants, regardless of their race or religion" - an apparent reference to calls by Trump to temporarily bar Muslims from entering the country. She also hewed closely to long-time GOP demands in the immigration debate, saying: "That does not mean we just flat out open our borders."

The nation's youngest governor at 43, Haley also seemed to try smoothing some of her party's more combative edges. She said Republicans "would respect differences in modern families" - perhaps suggesting more tolerance toward same-sex couples - and said it isn't necessary "to be the loudest voice in the room to make a difference."

Without offering specifics, she said that while Democrats bear much responsibility, Republicans "need to accept that we've played a role in how and recognize why our government is broken."

Haley has gained national prominence for helping to end the display of the Confederate battle flag on Statehouse grounds last year after half a century, a move that followed last June's slaying of nine people at a historically black church in Charleston, South Carolina. She also got attention after catastrophic flooding that battered her state in October.

Polls have shown public concerns over terrorism and national security have become a top issue ever since the November attacks that killed 130 in Paris and the December mass shooting by a radicalized Muslim couple that killed 14 people in San Bernardino. Ever since, Republicans on the presidential campaign trail and in Congress have been emphasizing those issues.

At the same time, many in the GOP feel the party must do a better job of appealing to Hispanics and other minority voters if they are to compete effectively in national and many statewide elections.

They're also eager to win more votes from women, who preferred Obama over his Republican opponents by more than 10 percentage points in his 2008 and 2012 elections and have favored the Democratic presidential candidate in each election since 1992.

Haley is the third consecutive woman GOP leaders have chosen to deliver their party's response to Obama. Freshman Sen. Joni Ernst, R-Iowa, gave the address last year and Rep. Cathy McMorris Rodgers, R-Wash., the No. 4 House GOP leader, did it in 2014.

Twenty-nine of the 300 GOP members of Congress, or about 10 percent, are women, about one-third the proportion of women among congressional Democrats. Each party also has three female governors, although GOP governors outnumber Democrats 31 to 18, plus an independent.

Haley said the nation's problems also include an economy that's not boosted family income, a national debt that's too high and Obama's health care law, which Republicans have long asserted has failed. She also cited "chaotic unrest in many of our cities," which seemed a reference to community anger in several cities over killings by police of unarmed black people.

She said under a GOP president, Republicans would lower taxes, curb spending and debt and strengthen the military.
Related topics:
politicspresident barack obamastate of the union
Copyright © 2021 by The Associated Press. All Rights Reserved.
More Videos
From CNN Newsource affiliates
TOP STORIES