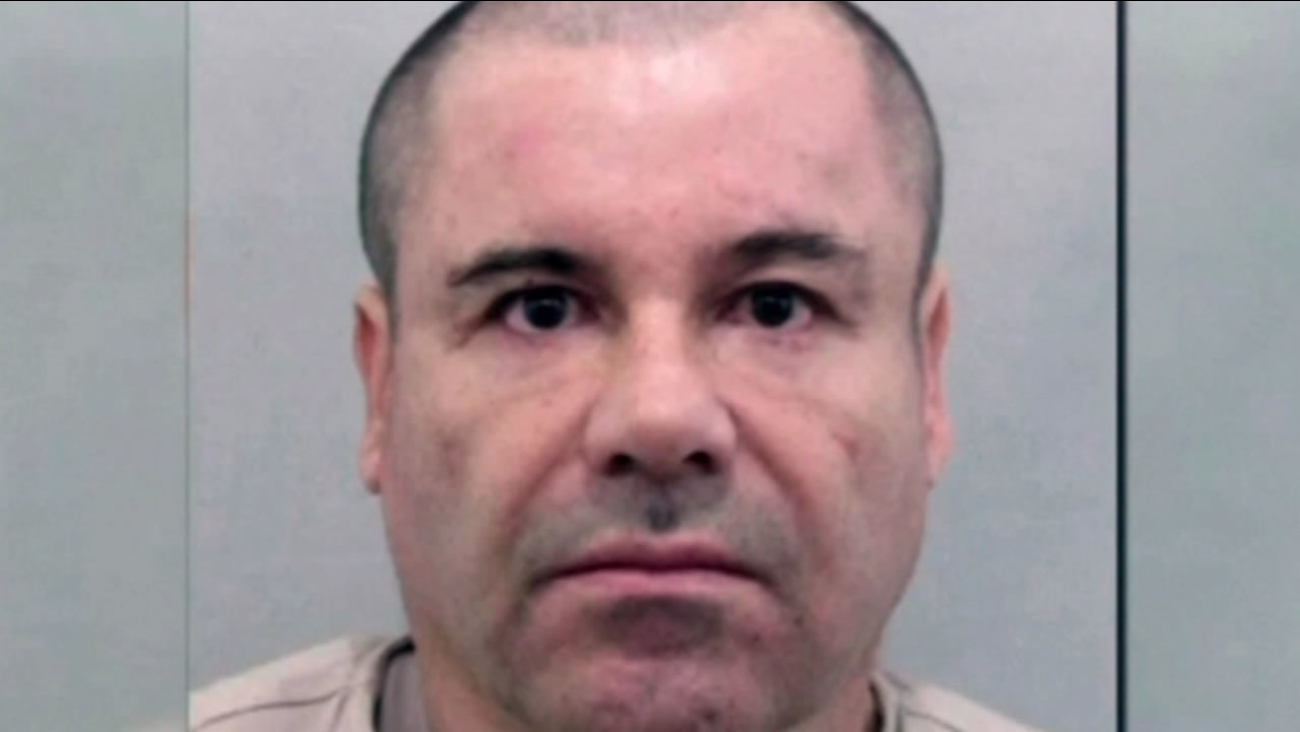 This image show fugitive drug lord Joaquin "El Chapo" Guzman who was apprehended after a shootout with Mexican marines in his home state of Sinaloa January 8, 2015. (KGO-TV)

MEXICO CITY, Mexico -- A Mexican federal law enforcement official says the country is willing to extradite recaptured drug lord Joaquin "El Chapo" Guzman to the United States. That's a sharp reversal from the government's position after his last capture in 2014.

The official says "Mexico is ready" for an extradition and "there are to cooperate with the U.S." He spoke on condition of anonymity because he wasn't authorized to comment.

He also cautioned that extradition might not come soon. Experts say the legal process could be lengthy and Guzman's attorney is saying he'll battle extradition in the courts.

Rolling Stone magazine is reporting that Mexican drug lord Joaquin "El Chapo" Guzman met with U.S. Sean Penn in his hideout in Mexico months before his recapture by Mexican marines in his home state of Sinaloa.

In an article published late Saturday in the magazine, and authored by Penn, the actor describes the complicated measures he took to meet the legendary drug lord. He discusses topics ranging from drug trafficking to Middle East politics with Guzman.

The article follows reports that Guzman had reached out to Hollywood about filming a biopic of his life.