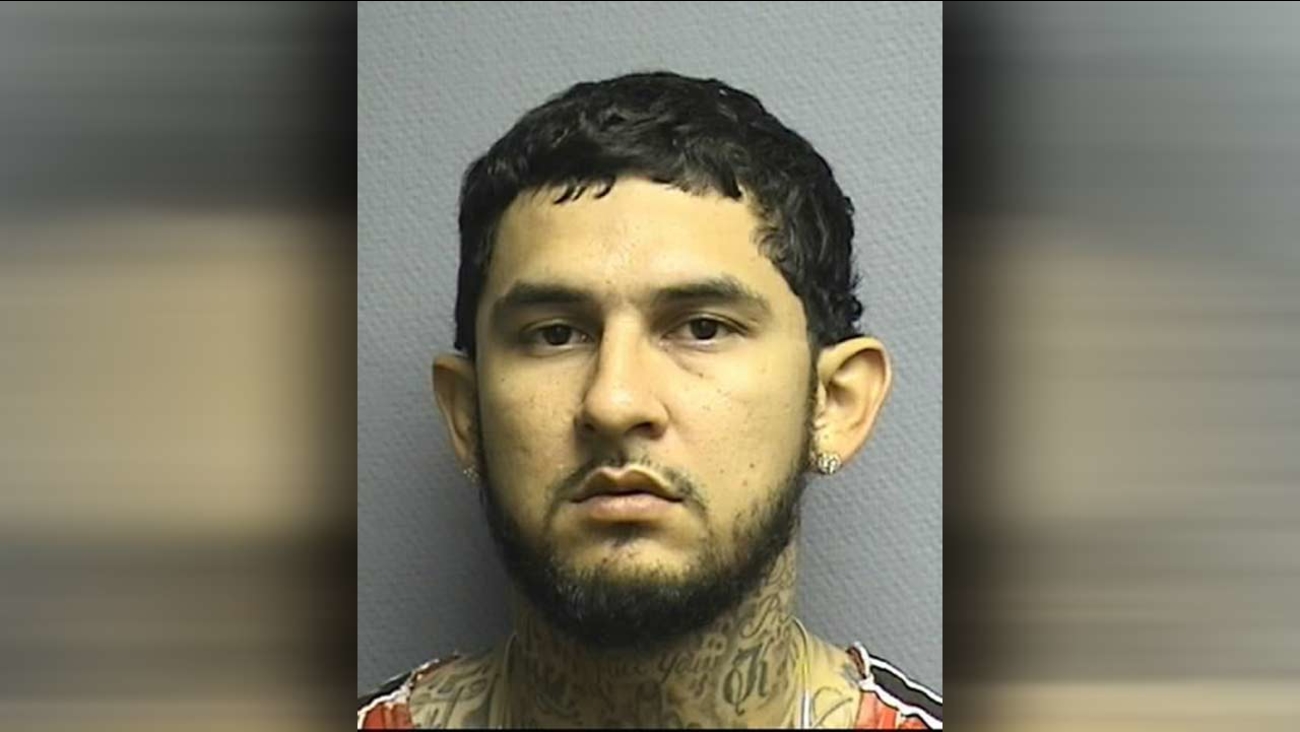 HOUSTON (KTRK) -- Charges have been filed against a suspect arrested in a fatal crash that occurred at 17890 Katy Freeway about 6:15pm Saturday.

Police say Gustavo Aybar, 30, was traveling westbound in white Cadillac CTS at a high rate of speed. He was possibly racing the driver of a gray Toyota Camry when he lost control of the Cadillac and struck a gray Nissan Versa. The Nissan then overturned and crashed into a freeway retaining wall, killing a 65-year-old woman riding in the front seat. Her identity hasn't been released. The Cadillac then also struck a gray Honda Accord.

The driver of the Nissan was transported by Lifeflight helicopter to Memorial Hermann Hospital in stable condition. A three-year-old passenger in the Cadillac was not hurt.

Suspect Aybar and the driver of the Toyota were detained at the scene and exhibited no obvious signs of impairment. Aybar was found with marijuana in his possession and subsequently arrested and charged with endangering a child and possession of a controlled substance. The investigation is continuing.
Related topics:
katyhoustoncar accidentstreet racingfreewaychild endangerment
Copyright © 2021 KTRK-TV. All Rights Reserved.
TOP STORIES
34-year-old suspect wanted in teen's road rage murder
13 Investigates increase in game-day crime near Astros ballpark
2 charged with aggravated sexual assault of child in Montgomery Co.
Less rain this weekend, more storms to come next week
Study highlights link between COVID-19 and domestic violence cases
DOJ sues TX over Abbott's order to pull over vehicles with migrants
Twin babies recover from respiratory syncytial virus amid pandemic
Show More
Summer travel plans may look different for those hitting the road
Disney joins list of companies requiring vaccine for nonunion workers
HISD superintendent shakes things up ahead of new school year
Houstonians weigh in on Abbott's migrant transportation order
Man accused of killing wife and shooting her 2 kids in Katy area
More TOP STORIES News