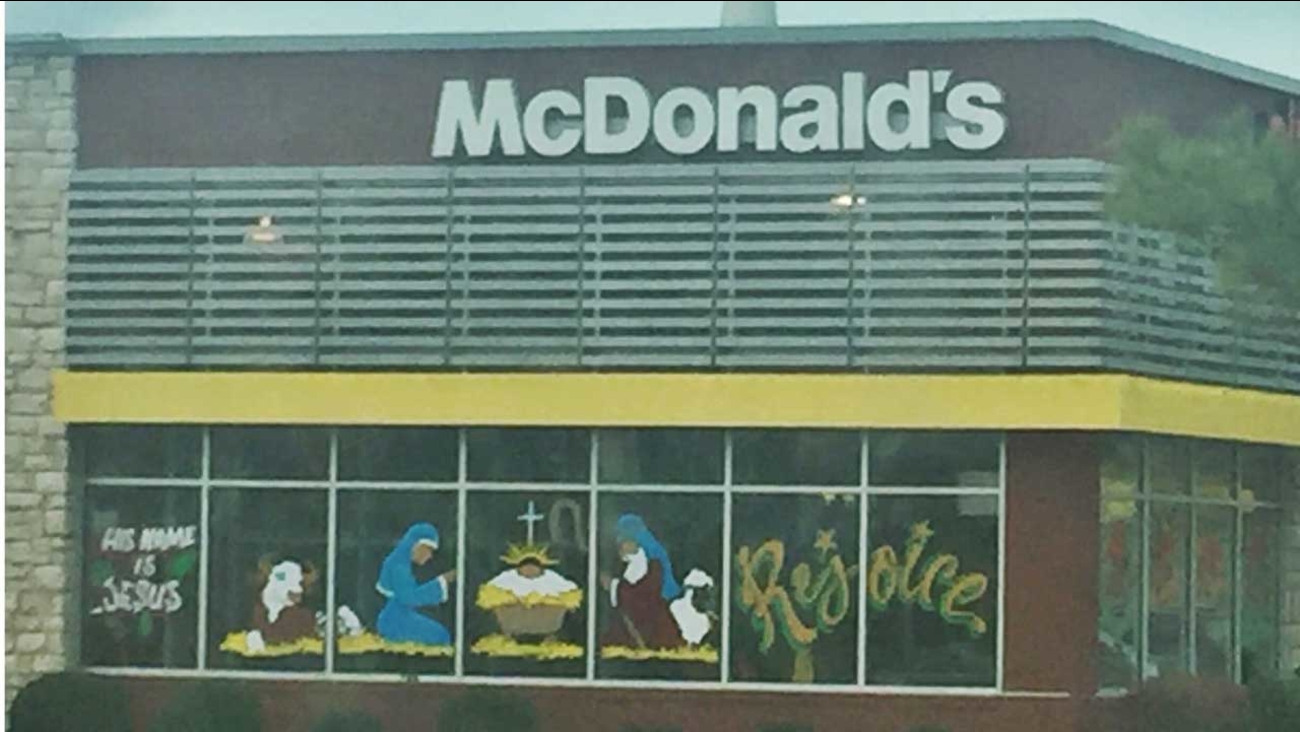 SPRING HILL, TN -- A McDonald's in Tennessee is putting "Christ" back in Christmas with a painted nativity scene that's gone viral.

The nativity scene is painted on the windows of a McDonald's in Spring Hill. A photo of the painting went viral when a woman posted it on Facebook.

In the painting, Mary and Joseph are looking over baby Jesus in the manger, with the phrases "Rejoice" and "His name is Jesus" written next to the nativity scene. The restaurant owners told ABC News, that the windows of their restaurant have been painted with similar messages for "many years."

The photo, which was posted on Monday by Amy Basel has been shared more than 80,000 times. Basel said she noticed the painting of the nativity scene while driving by the restaurant.

"A nativity scene painted upon a very well-known fast food chain caught my attention," Basel told ABC News. "Not just because it's Christmas, but because of the era we are currently living in. It's about being bold, in love, for what you believe in, despite what others may say. That's what I stand for and that is why I shared the picture."