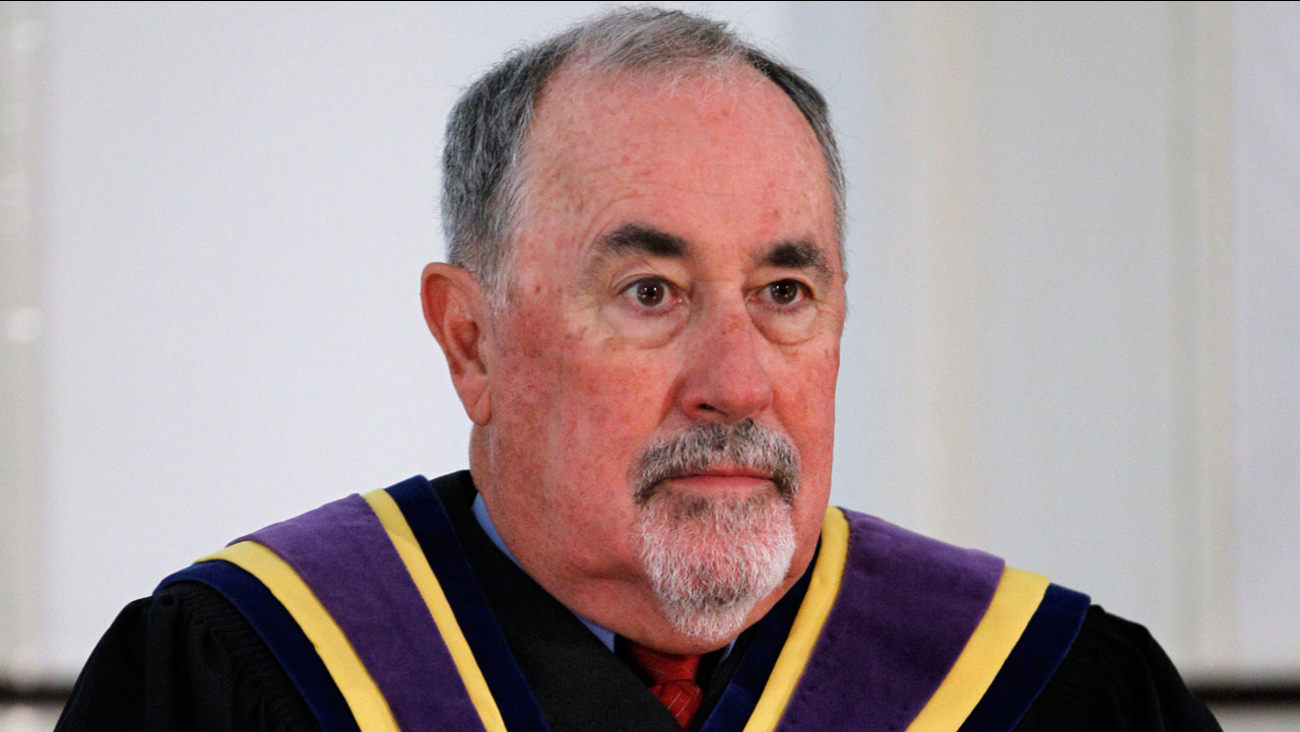 The Judicial Conduct Board says it filed four charges against Pennsylvania Supreme Court Justice Michael Eakin with a disciplinary court that has the power to remove judges. (AP Photo/Matt Rourke, File)

HARRISBURG, PA (KTRK) -- A Pennsylvania Supreme Court judge has been charged with violating judicial and constitutional codes of conduct by exchanging pornographic photos and offensive emails, a state ethics board says.

In a 52-page complaint, the conduct board says Justice Eakin "engaged in conduct so extreme that it brought the judicial office into disrepute."

Contained inside these emails were images of naked women and jokes demeaning women, minorities and religious groups, the Pittsburgh Post-Gazette reports.

Eakin, 67, a Republican who has served on the bench since 2001, says he looked forward to making his case before a disciplinary tribunal in a statement.

Kane, the Democratic Attorney General, says she first learned of the emails in 2014 while investigating the exchange of pornography and inappropriate jokes on her office's computer servers, according to the Pittsburgh Post-Gazette.