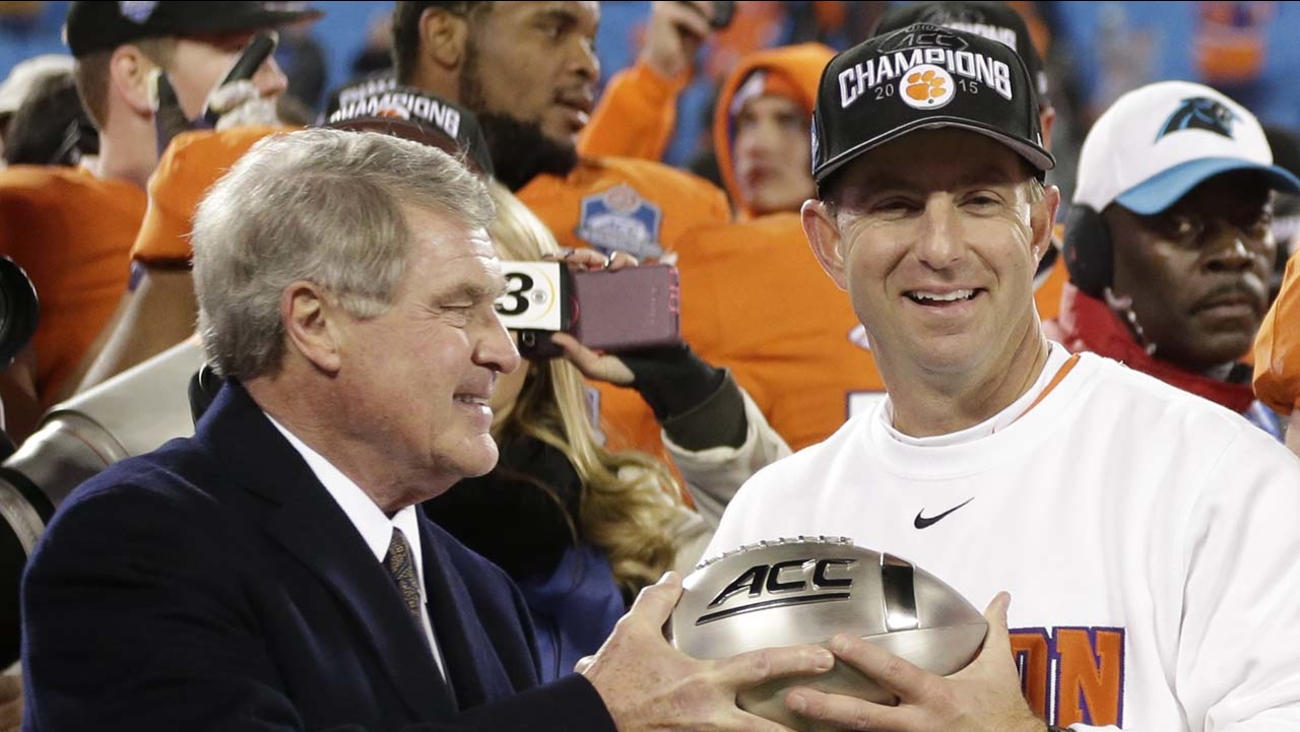 Top-seeded Clemson will play No. 4 Oklahoma at the Orange Bowl and No. 2 Alabama gets No. 3 Michigan State at the Cotton Bowl in the New Year's Eve semifinals of the College Football Playoff.

The selection committee revealed the pairings for its second playoff Sunday, a day after the top teams eliminated any controversy about who should be in the final four. The only real debate was the order.

Clemson (13-0) has been No. 1 since the committee began its rankings the first week of November, and committee chairman Jeff Long said that the Tigers were clearly No. 1 in the final rankings. As the top seed, the Tigers get to play as close to home as possible. The Tigers and Sooners (11-1) met in Russell Athletic Bowl last season.

Alabama (12-1) began its season at AT&T Stadium in North Texas against a Big Ten team (Wisconsin) and returns to face another in Michigan State (12-1).

Oklahoma was No. 3 last week after it finished its regular season as the Big 12 champion, but Michigan State's Big Ten championship game victory over previously unbeaten Iowa pushed the Spartans past the Sooners in the end.

Long said bumping Michigan State past Oklahoma had nothing to do with avoiding the possibility of having the Sooners play close to home in in the Dallas area.