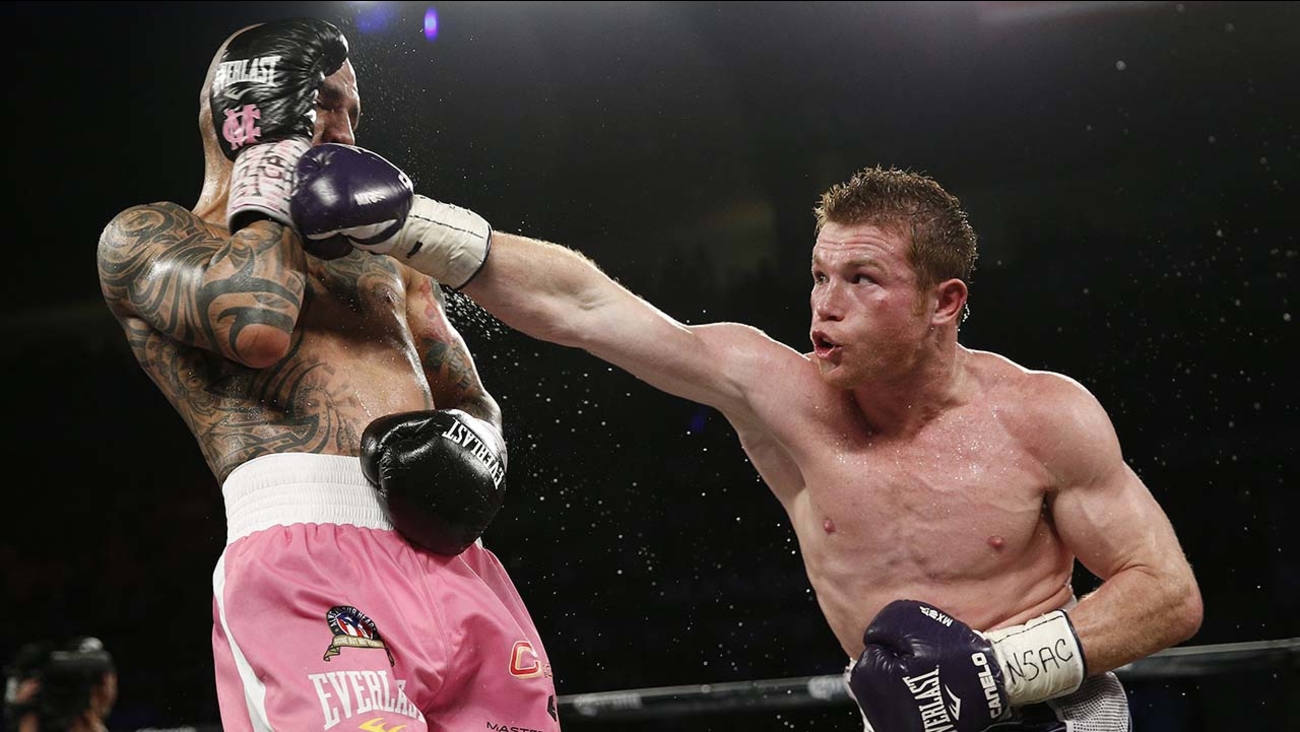 AP
LAS VEGAS, NV -- Canelo Alvarez made a case for himself as boxing's next star Saturday night, landing the bigger punches to take a unanimous decision over Miguel Cotto and win a piece of the middleweight title.

Alvarez took the fight to Cotto from the opening bell, winning rounds with big right hands and uppercuts. Cotto tried to box and had his moments, but Alvarez was clearly ahead as the crowd stood on its feet as both fighters traded punches in the final rounds.

Alvarez won the WBC version of the title that Cotto vacated days earlier for not paying sanctioning fees. His win set up a possible megafight with Gennady Golovkin, the middleweight champion who was watching at ringside.