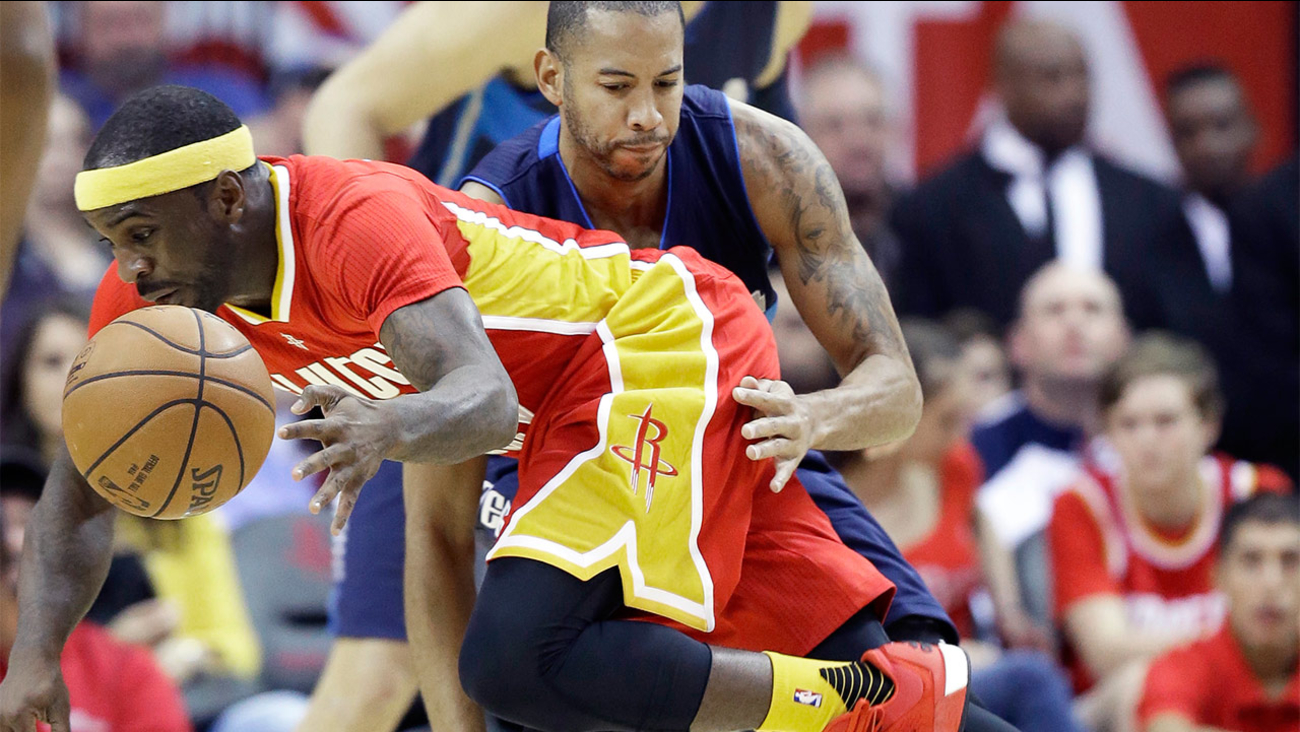 Dallas played without a trio of starters - Dirk Nowitzki, Wesley Matthews and Chandler Parsons - but it didn't matter as they took advantage of the slumping Rockets.

Emotions ran high and plenty of hard fouls were shared between the in-state rivals. They met in the first round of the playoffs in April, where Houston won 4-1.

Elevated by Houston's poor defense and their own hot shooting, the Mavericks scored a season-high 57 first-half points.

James Harden led Houston with 25 points, 10 assists and seven rebounds, and Terrence Jones had 23 points. The Rockets fell to 1-3 this season in games played without center Dwight Howard, who rested on Saturday night.

After a four-game winning streak followed their slow 0-3 start, Houston has now lost three straight again and is on the verge of its first four-game losing streak since the 2012-13 season.

Dallas led by as many as 26 in the first half before Houston finally started to hit shots in the third quarter, outscoring the Mavericks 33-25 in that period after trailing 57-34 at halftime. Despite multiple rallies in the second half, Houston never pulled within single digits.

Former Maverick Jason Terry scored 19 points off the bench for Houston and drew a flagrant foul trying to block Dwight Powell's layup in the third quarter. With an opportunity to cut into the lead late in the game, Terry air-balled a 3-pointer and caught playful trash-talk from his former teammate Nowitzki, who was nearby on the bench.

Harden was also called for a flagrant foul after driving to the basket and throwing an elbow that caught Felton in the face.

The game ball had to be replaced by a backup in the second half after it was contaminated with an unknown player's blood.

Harden's inconsistent shooting for the start of the season continued against Dallas as he made just 5 of 21 field goals, including 1 of 6 from the 3-point line.