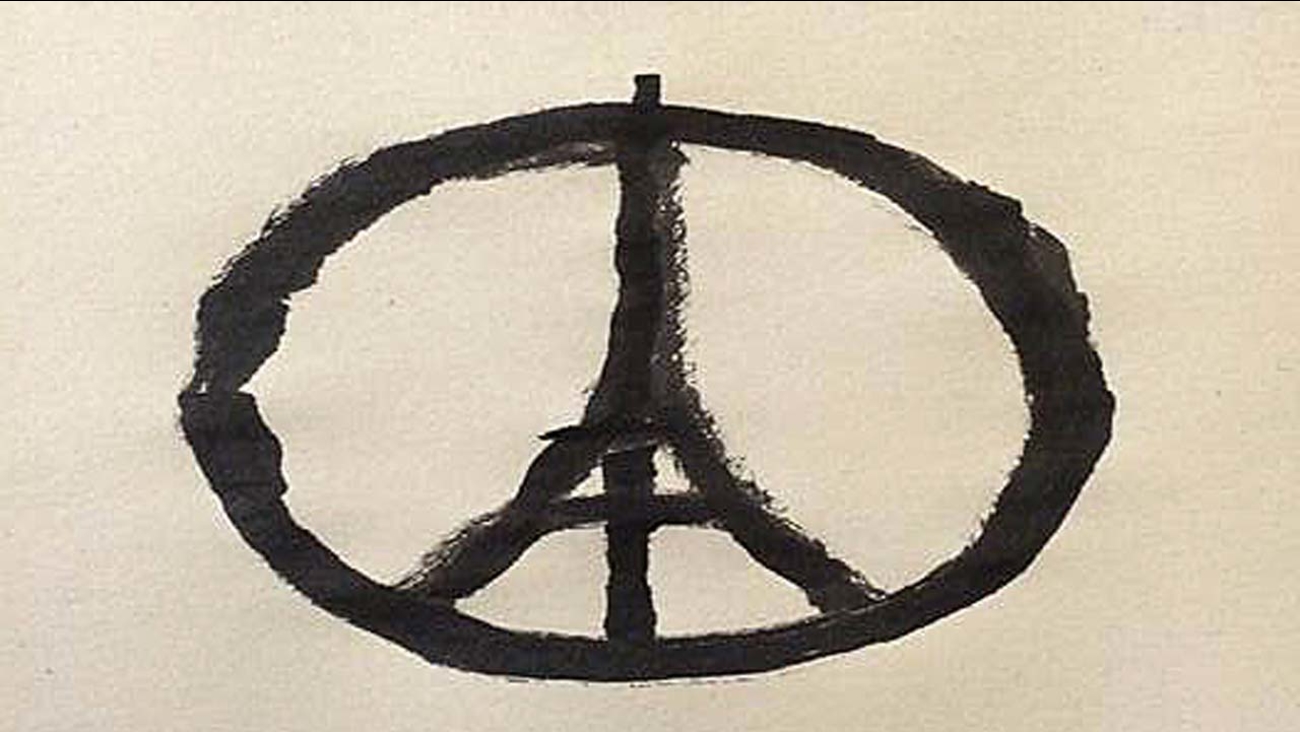 This photograph made available on Saturday Nov. 14, 2015, shows a piece of artwork created by Jean Jullien. (Jean Jullien via AP)